Federal lawsuit to drop one week ahead of runoff election

Three things to know about the election and upcoming runoff 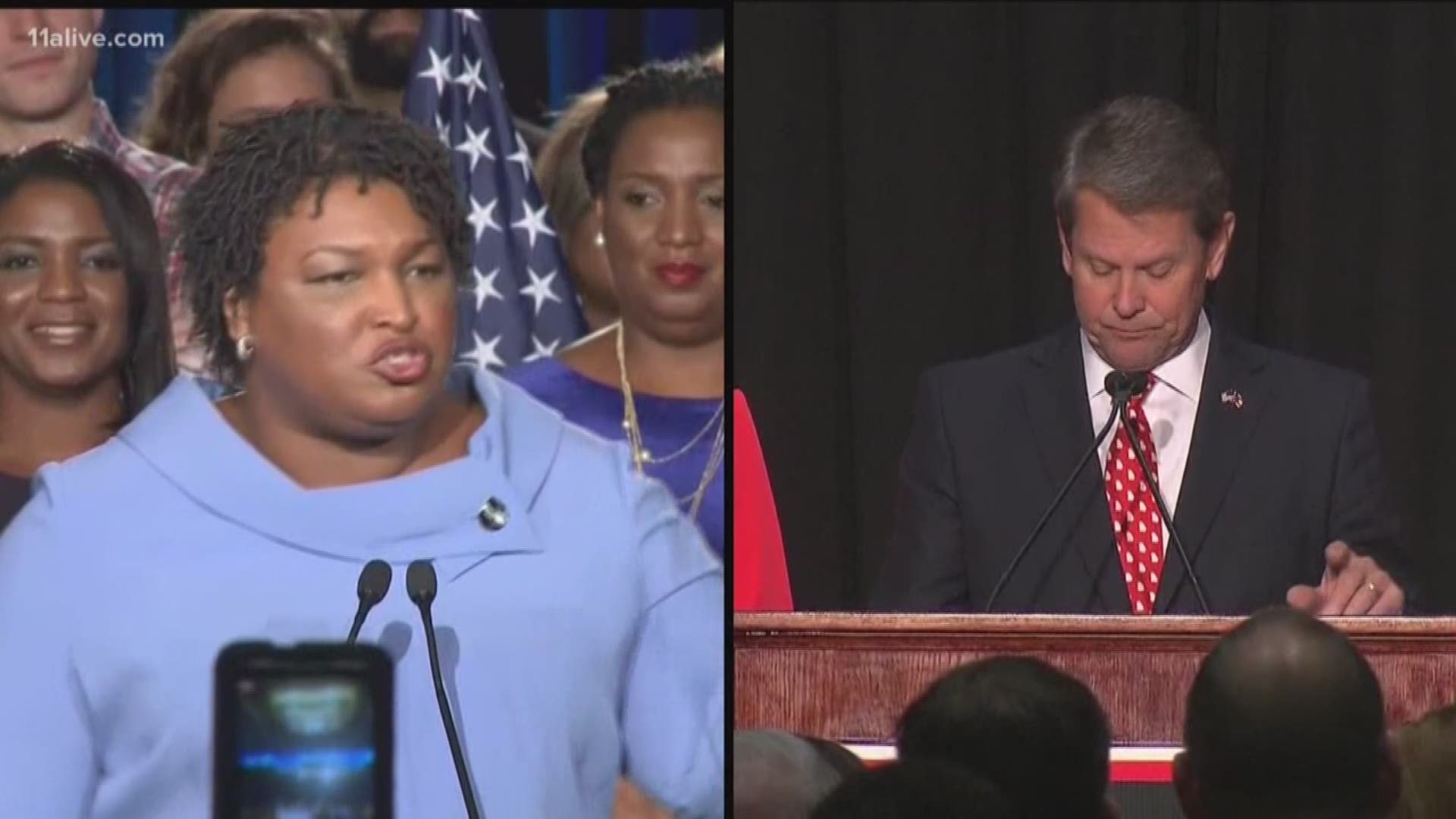 It's been one month since Georgia voters packed the polls to vote for the state's next Governor, but three weeks later, we are still talking about the election.

Early voting for runoff races is underway and here are three things you need to know about the election and the upcoming runoff.

Federal lawsuit to sue Georgia over "mismanagement of election"

The fight over Georgia's election for Governor is heading to court.

The group says it will address "gross mismanagement of this election and to protect future elections from unconstitutional actions."

Abrams battled former Secretary of State Brian Kemp for the Governor's seat and says she lost in an unfair election.

Abrams' former campaign manager Lauren Groh-Wargo leads Fair Fight as the CEO. She and Sen. Nikema Williams, Care in Action Georgia State Director, will stand together to hold a press conference on the lawsuit filing at 11:30 Tuesday morning.

Absentee ballot applications from the Georgia Republican party are showing up in some voters' mailboxes even if they didn't request them.

It left many wondering: scam?

Turns out, it's no scam. The chair of the Georgia Republican Party, John Watson, says they mailed them out to make it as easy as possible for people to vote in the runoff.

RELATED: Yes, that absentee ballot that showed up in your mailbox is real

Watson will not reveal how they chose who received the ballots, but he did say they mailed it out to people they thought would support their candidates.

If you received one, it does not mean you have to vote for the Republican party. That's your choice.

The two races still in a runoff are Secretary of State between Democrat John Barrow and Republican Brad Raffensperger and Public Service Commissioner between Republican Chuck Eaton and Democrat Lindy Miller.

President Donald Trump is weighing in on one of Georgia's runoff races.

Trump tweeted about the race for Secretary of State between Democrat John Barrow and Republican Brad Raffensperger.

He said, "Raffensperger will be a fantastic Secretary of State for Georgia - will work closely with Brian Kemp. . ."

The president has also been campaigning in Mississippi for Republican Senate candidate Cindy Hyde-Smith. She faces Democrat Mike Espy.

No matter who you vote for, the Georgia runoff is a week from today on Tuesday, November 4th.