Spotlight on Fulton County, which has history of issues at polls 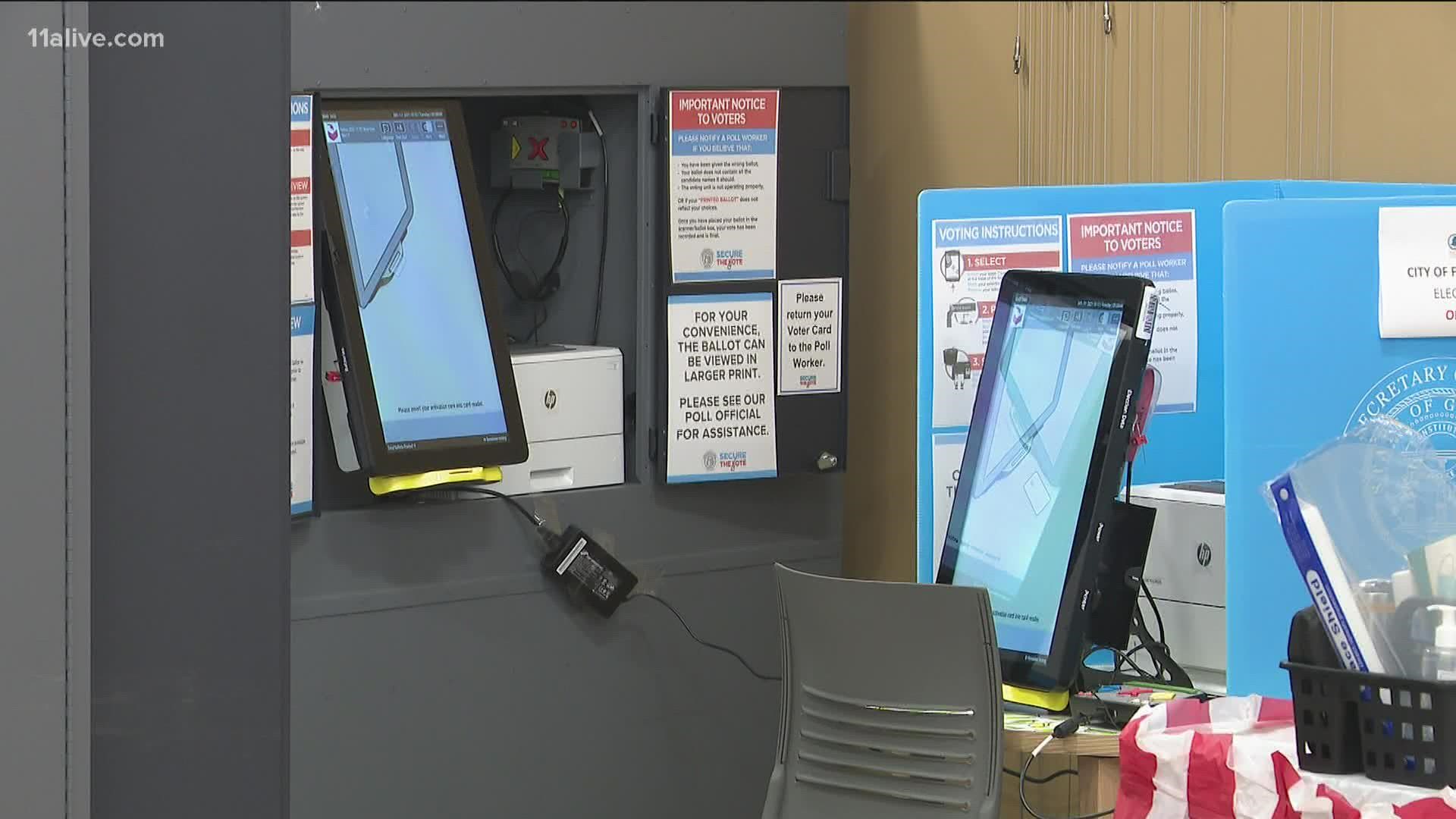 FULTON COUNTY, Ga. — A number of voters across metro Atlanta cast their ballots early during the first weekend of early voting. Some changes took effect, after Governor Brian Kemp (R-GA) signed an election reform law in the spring.

Voting hours may be more limited this time around, depending on where a voter resides. Sundays are now optional for early voting, and that also varies by county. Absentee ballot drop boxes are also limited to just one per 100,000 voters, which has a more drastic effect for more populous counties.

Voters can only use absentee ballot drop boxes in certain polling locations during voting hours.

Despite changes, John Toles said he had a smooth process at the polls when he voted early in Fulton County.

"I did all mail-in last year because of the pandemic and everything," Toles said. "That was kind of confusing how to get the ballot and register every time to get the ballot. I just don’t want the rush on actual voting day, mainly to avoid that and to get it out of the way early."

Fulton County has not reported major issues at the polls, and one worker told 11Alive the county hired more than enough staff to make sure problems were kept to a minimum. The county is facing backlash after officials admitted that two election workers were fired for allegedly shredding a number of voter registrations. The incident remains under investigation.

RELATED: Early voting around Atlanta for 2021 local elections begins | What you need to know

Still, voter confidence seems high, with the Atlanta mayor's race topping many ballots in Fulton County and important city council, school board and court seats on the ballot. Tax questions are also featured on ballots across metro Atlanta.

RELATED: 'We are under a magnifying glass' | Fulton commissioner weighs in after employees fired amid voter application shredding claims

"It’s important to vote, and if you can make the effort, make the effort," Toles said. "If it’s difficult for you, it should be made easier for you honestly. It’s the only say you have in the way things are run."