If the Democrats are able to flip 16 seats, that would undo GOP majority. 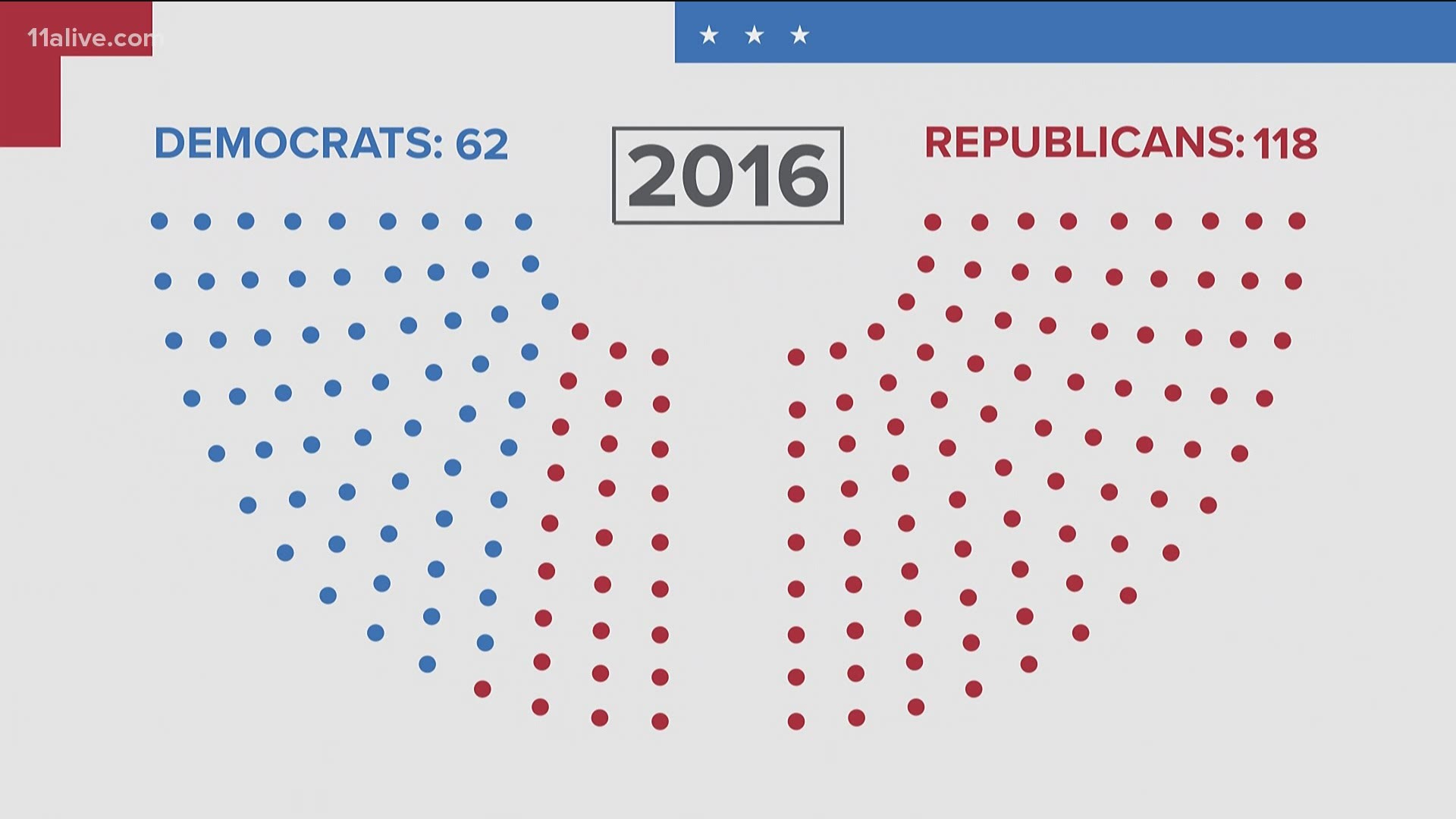 ATLANTA — While the two US Senate races and the presidential campaigns will be the most visible – an effort by Georgia Democrats to flip the state House of Representatives will have just as much energy.

One target will be House district 52 in north Fulton County.

Yet Silcox may be in grave danger in November from a Democratic challenger who thinks Silcox’s district will no longer support even a moderate Republican.

"I think our community is ready for somebody who’s not just going to vote the right way every once in a while when she knows her seat is threatened, but I think they’re looking for someone who is going to fight for our shared values," said Shea Roberts, an attorney making her second run at the seat.

In 2016, Republicans had 56 more house seats than Democrats did. In 2018, Democrats almost cut that margin in half. Now Democrats would need to flip fifteen more seats to achieve a tie, 16 to win a majority in the 180 seat chamber.

In the June primary, Democrats pulled more ballots in fourteen Republican districts, including Silcox’s – who’s now looking ahead to November.

"I do think our district is, without a question of a doubt, purple at this point," Silcox said. "I think a lot of it depends on the news cycle and how things go with the pandemic and other things, how the economy goes leading into the fall election," she said.

The party that controls the House sets the agenda, assigns and ignores bills. The party in charge also leads in drawing new district lines – which takes place after this year’s census.

The state senate is still considered a stretch for Democrats, where Republicans have a 13 seat margin in the 56 member body.