Michael Williams plead guilty to insurance fraud, false reporting of a crime and making a false statement to police. 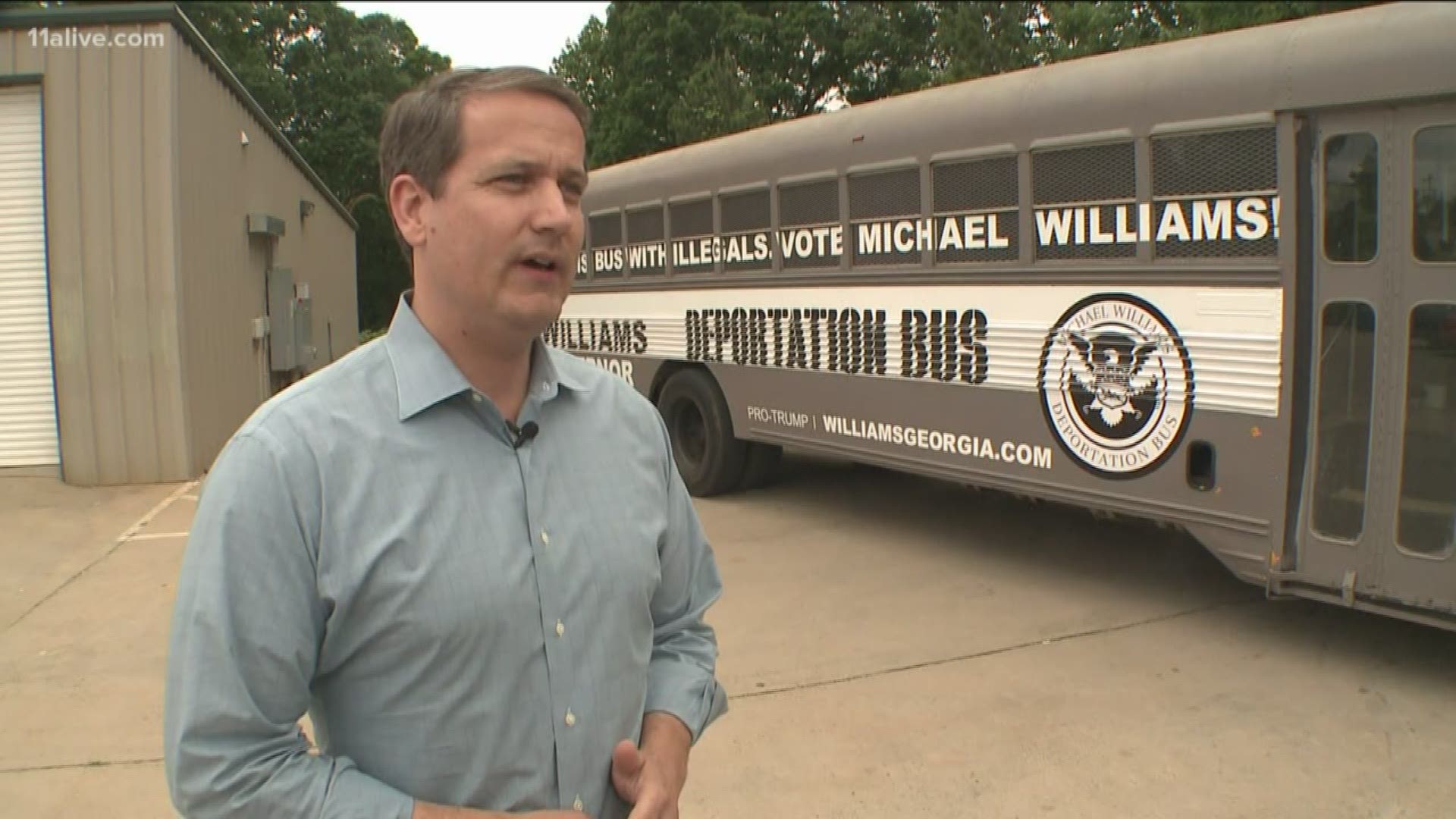 The former Georgia Republican state senator and gubernatorial candidate known for his campaign to start a “deportation bus” has plead guilty to three criminal charges and has been sentenced in Hall County.

The former Senator for Georgia’s 27th District has been sentenced to four years of probation, 120 hours of community service and must pay a $5,000 fine, according to Hall County District Attorney Lee Darragh.

Williams was indicted on the three counts on Dec. 13, 2018. The indictment alleges that on May 9, Williams made a false report to the Hall County Sheriff's Office claiming computer servers were stolen from his place of business. The indictment claims he filed a claim with his insurer, The Hartford, regarding the stolen servers.

Williams had 4.88 percent of the votes, according to the Secretary of State's website.

Credit: Hall County Sheriff's Office
Michael Williams, a former gubernatorial candidate known for his "deportation bus" turned himself in to authorities for an indictment on insurance fraud.

The Republican primary race went to a runoff between Cagle and Kemp. Kemp beat his GOP opponent and ultimately won the office by defeating Democrat Stacey Abrams in the November midterm election.

In an ad posted to his Facebook page last year, Williams said he was going on a tour of so-called sanctuary cities across the state to “shine a light on the dangers of sanctuary cities and the overwhelming problem of illegal immigration.”

He later said he didn't actually expect to load any deportees on the bus, a vehicle complete with prison bus decals on the windows and a message on the back about Mexican immigrants who’ve entered the US illegally.