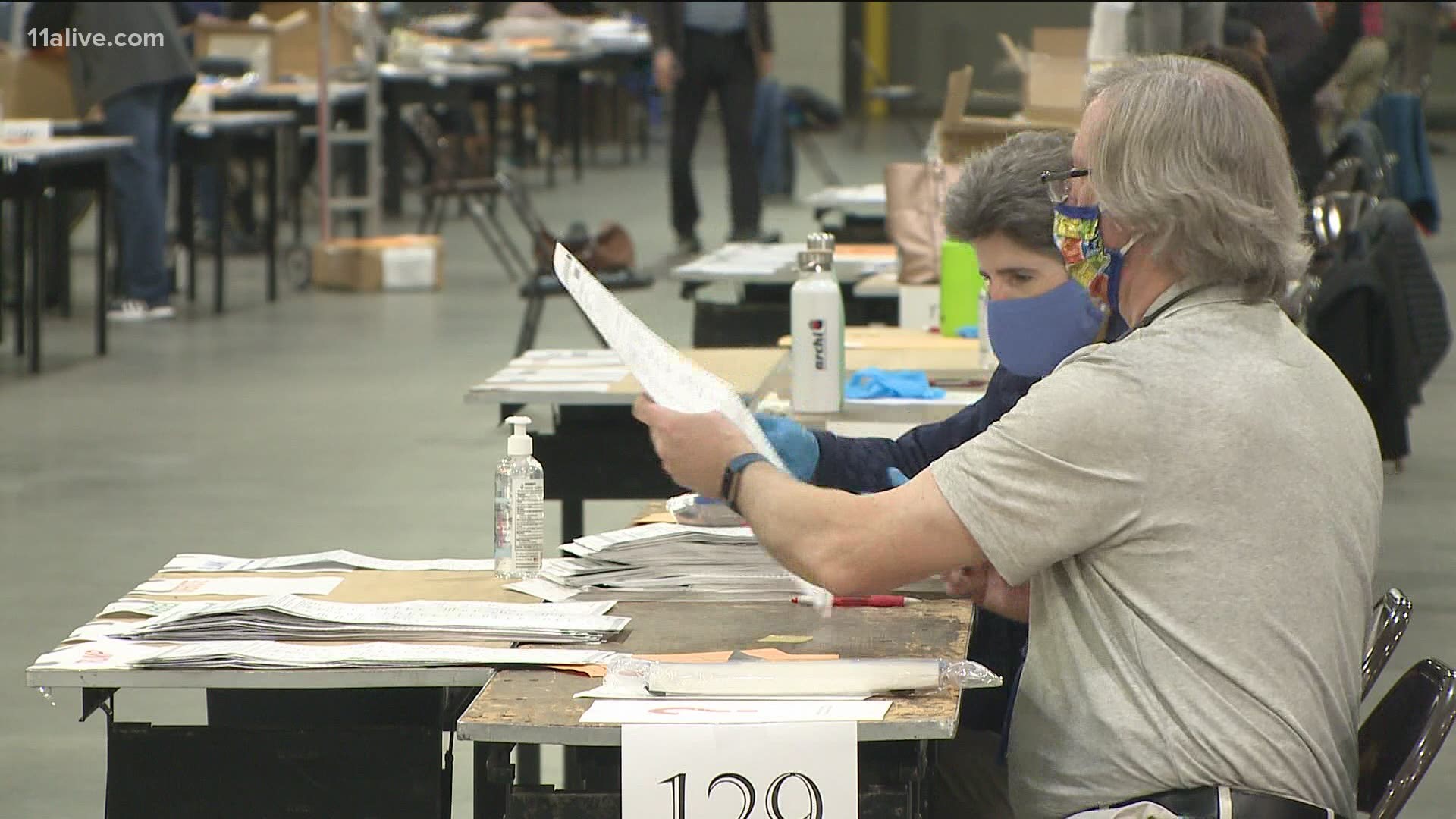 ATLANTA — With the Georgia legislature adjourning next week, election bills got some clarification Monday. Some elements criticized as voter suppression have stayed, but others have quietly disappeared.

From the outset, Republican election bills have contained laundry lists of changes largely driven by complaints from their constituents about the 2020 election. Democrats won statewide races for the first time since 2006.

At the start, the measures would have:

But in recent days, lawmakers have backed away from eliminating no-excuse absentee balloting and from curbing Sunday voting.  They may still back away from the earlier absentee ballot application.

"By providing for expanded weekend voting and enshrining drop boxes into law for the first time, we are making it easier to vote across our state," GOP House speaker Rep. David Ralston (R-Blue Ridge) said in a statement afterward.

Critics are still insisting that none of the Republican reforms solve any real problems – but they’re hoping that fewer of those reforms will survive. Until both the House and Senate pass identical bills, legislation can continue to evolve - sometimes unpredictably.

There are four legislative days left in this session.