Even in a state with 10,000 miles of track, travel by train can seem antique. But for George Lewis - and another, much more prominent George - it gave a platform for connection. 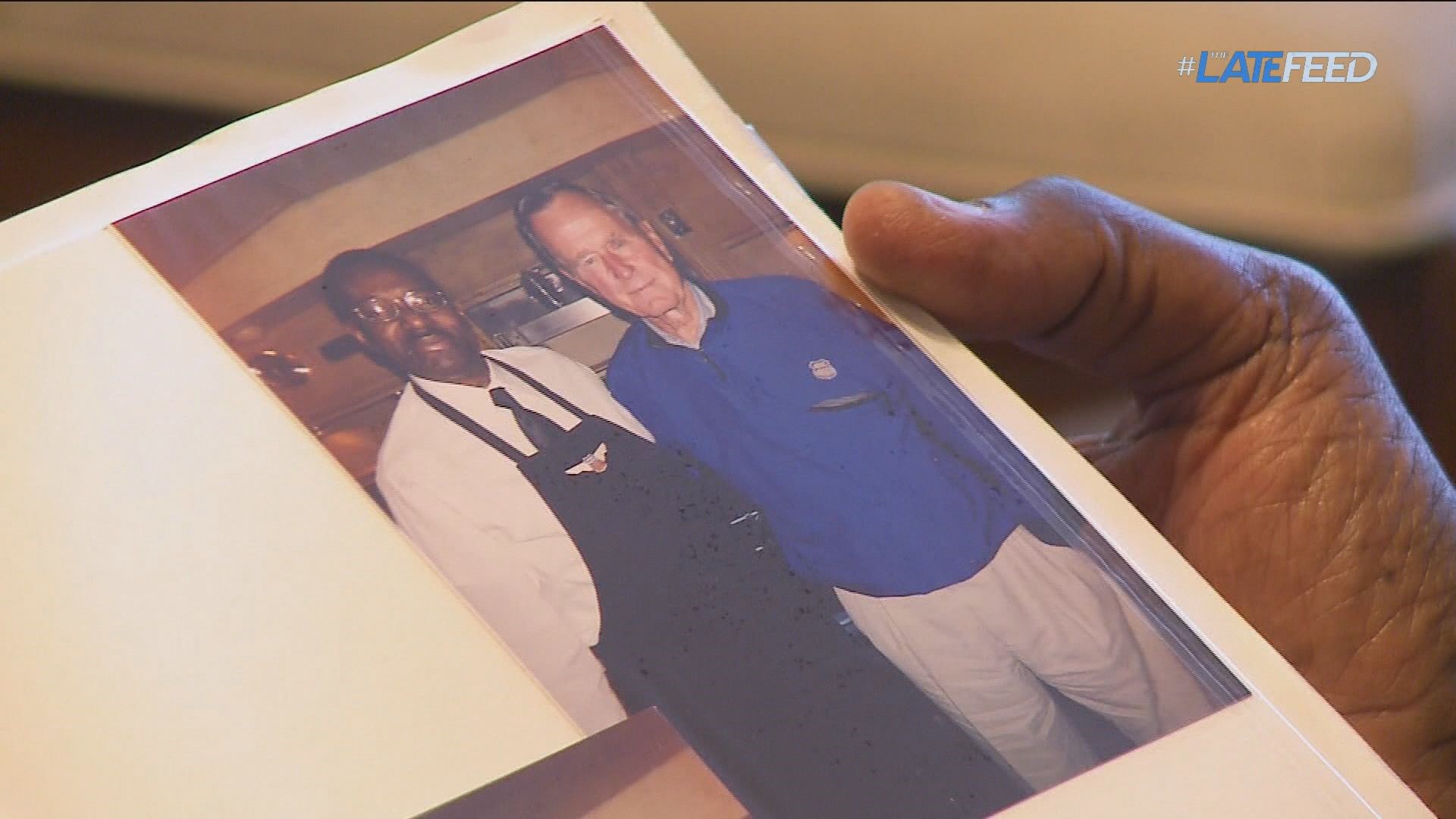 On Thursday, for the first time in nearly 50 years, a president will take his final journey on a funeral train.

Forty-first president, Georgia H.W. Bush, will be transported from Spring, Texas to College Station, where he will be buried.

Even in a state with 10,000 miles of track, travel by train can seem antique. But for George Lewis - and another, much more prominent George - it gave a platform for connection.

"I was only doing what I loved," Lewis explained to 11Alive's Matt Pearl.

Never in his wildest dreams, though, did Lewis think he would be transporting a president. He worked for Union Pacific rail company as an attendant, and twice he attended former President Bush and his wife Barbara.

Lewis remembers his first reaction when he learned he would meet the Leader of the Free World - fear.

"I was very nervous going into to it because I didn't know what to expect, and when I started talking with him and the First Lady," he recalled, "I got the sense that they were just comfortable people."

They traveled to College Station, Texas, then from Nevada to Oregon around the President's 80th birthday. Lewis loves trains. So, he learned, did the President.

"Back when he was a child, his mother used to travel with him on trains, and that's how he got the love for trains," Lewis explained. "Whenever his demise came, that he would be traveling by train ... That was part of his request, I think."

Thursday in east Texas, George H.W. Bush will become the eighth president, and first since Eisenhower, to take his final journey by train. He'll take Locomotive 4141, unveiled in his honor 13 years earlier.

RELATED: A look at the train that will take President George H.W. Bush to final resting place

That ride will be somber. His rides with Lewis contained conversations about faith and service.

"He treated everyone with respect. His love was unlimited," Lewis listed. "He didn't have his nose up in the air, I'll put it that way. He was just down to earth."

Lewis won't be on Locomotive 4141. But he knew where he'd be Wednesday, Dec. 5 - the day the nation honored a president - watching a service. Watching a president get carried to a car, to be flown on a plane, for his final journey, in a fitting vehicle.