The president 'does not have the authority to do what he did' in announcing new workplace health and safety regulations regarding the COVID vaccine, Chris Carr said. 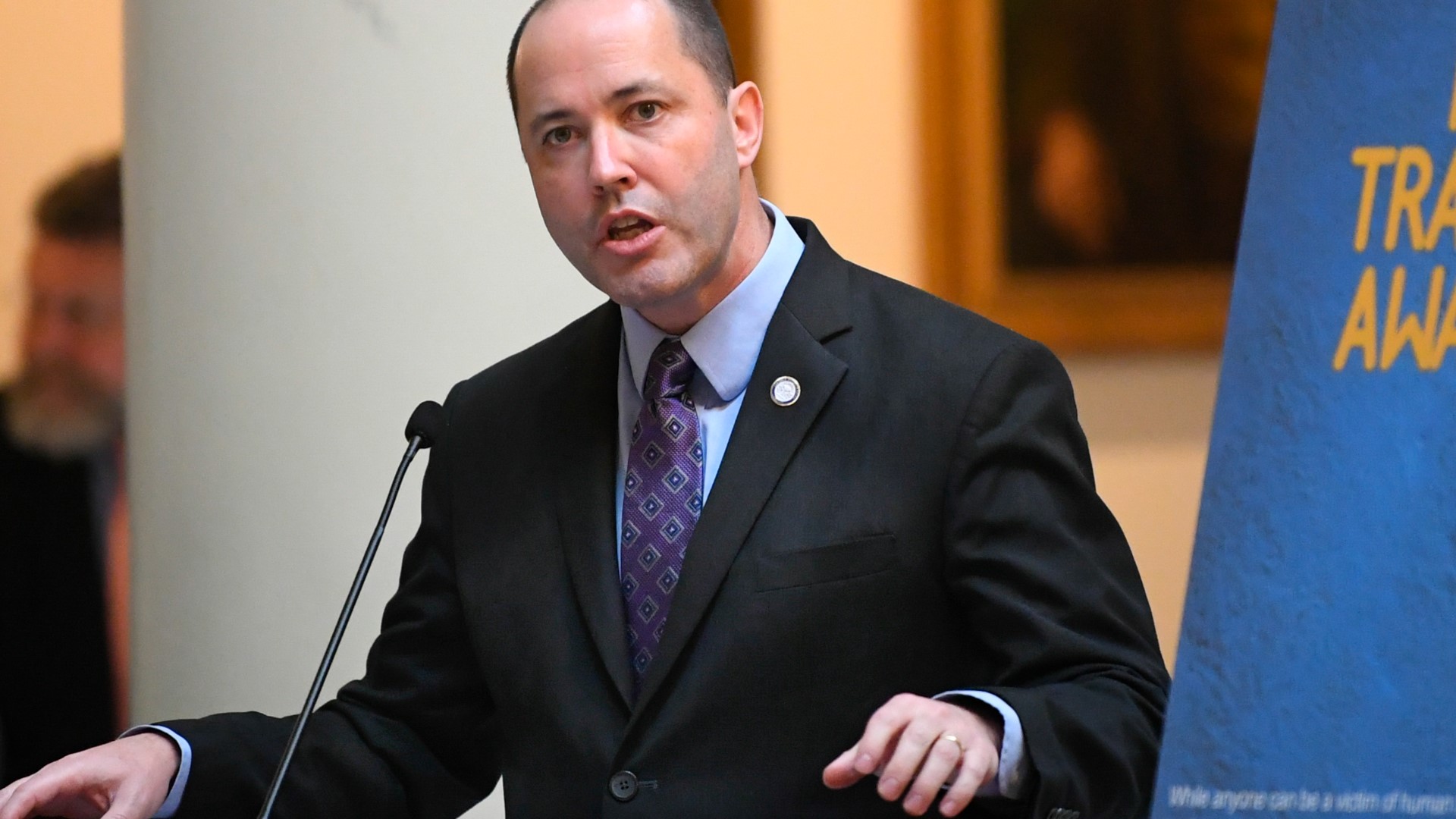 ATLANTA — Georgia's attorney general asserted Friday that the burgeoning legal and political effort among Republican state officials to oppose President Biden's new workplace vaccine policy was not about opposing vaccinations, but about opposing an overreach of constitutional authority.

Attorney General Chris Carr told 11Alive's Joe Ripley that the president "does not have the authority to do what he did" in announcing the policy directing the Occupational Health and Safety Administration (OSHA) to require businesses with more than 100 employees to mandate vaccinations or weekly COVID testing.

Carr, a Republican, said that he supported vaccinations and is personally vaccinated, but that "this isn't about the benefits of vaccination."

"This is about whether or not one individual who's sitting in the Oval Office in Washington, D.C. has the authority to mandate American businesses and the American people to do this," Carr said. "He does not. It is unconstitutional what he's done, it's an abuse of power and it's overreach."

The attorney general, echoing earlier comments made by Gov. Brian Kemp, said that "all options are on the table" to mount a legal challenge to the policy.

It's not yet clear how a lawsuit might take shape. Georgia attorney and 11Alive analyst Page Pate told 11Alive's Hope Ford that he anticipated some businesses would refuse to comply with the order and file their own legal challenges.

Pate described Biden's plan as a novel approach that hasn't before been tried through the Occupational Safety and Health Administration.

"The theory from the Biden administration, COVID's a big risk, vaccinations work as least as far as serious illness is concerned mostly, so we are going to require people are vaccinated or regularly tested as a workplace safety issue," Pate explained.

However, Pate added it was unclear how courts would interpret this theory.

"When we think about OSHA workplace safety rules, we think of things like making sure the roof isn't falling, masking sure workers who are involved in hazardous duties have masks on, something that's obvious to protect someone's immediate risk of injury," he explained. "This is very different."

Carr said he believed it would be struck down in courts, as a CDC eviction ban was last month by the Supreme Court.

"It must be about the law," Carr said. "The president has a bully pulpit, the president can encourage people to get vaccinations, but instead he chose yesterday to use that bully pulpit to chastise and to look down on folks. That’s not a reason to use his authority.

"In fact that’s why we have checks and balances in the constitution, to protect against the passions of one individual wanting to do something that is outside the authority of the law... I am pro-vaccination, I encourage our fellow Georgians to get vaccinated, but... we must follow the law."