Battlefields and museums would be the exception, if the bill passes. 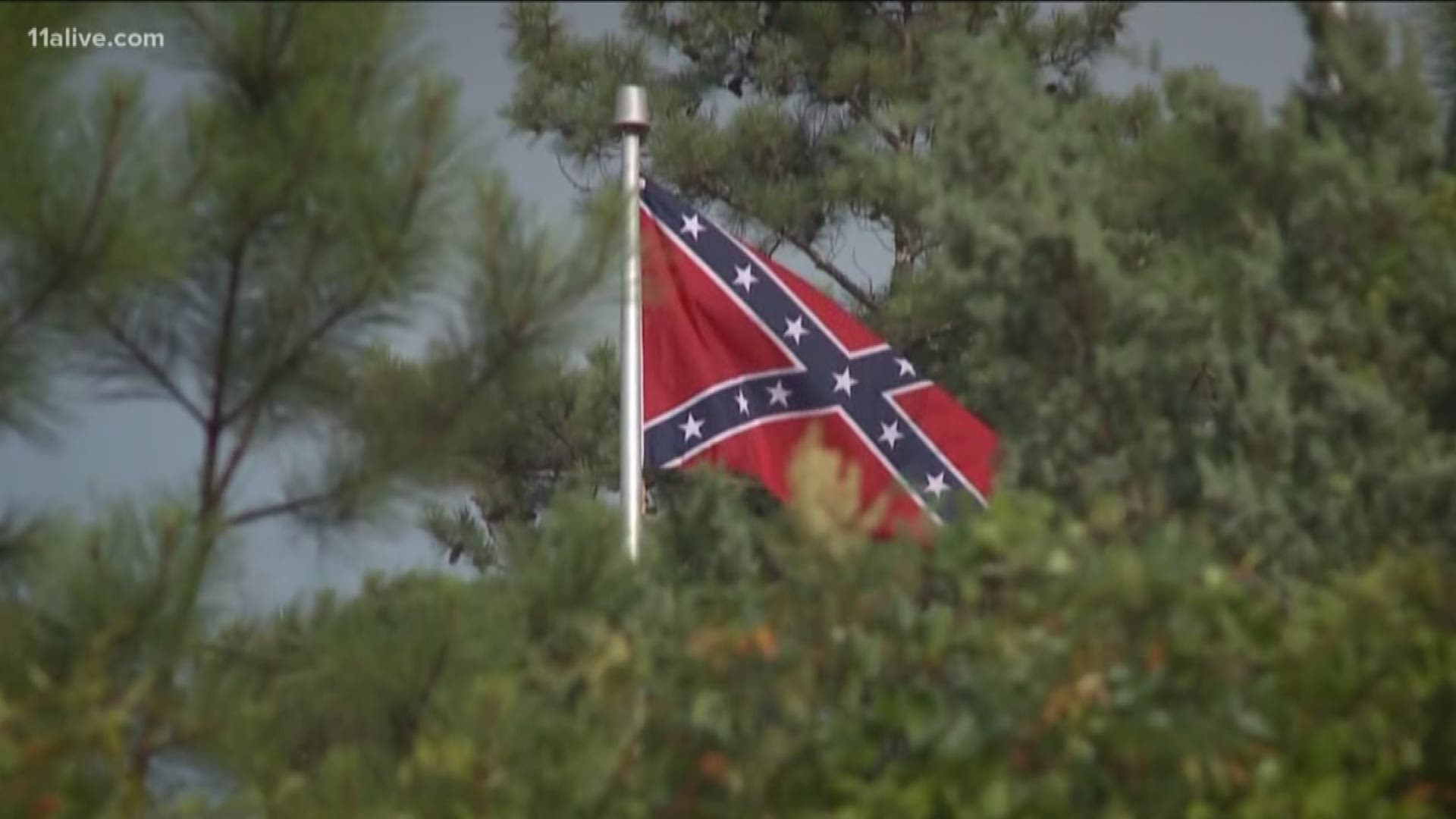 STONE MOUNTAIN, Ga. — Georgia Democrats have proposed new legislation in the House that would outlaw any symbols, monuments, memorials or other dedications to the Confederacy on public property – including the monument at Stone Mountain.

Under HB 175, the only exception to the ban would be at museums, Civil War battlefields. At Stone Mountain, the proposal would remove reference to the preservation and protection of the memorial as a sign of the Confederacy -- making it possible to change or remove the memorial in the future.

Under the proposal, even flying a Confederate battle flag on private property could be outlawed. The bill would make it illegal to display any insignia of the Confederacy inside or outside a residence, store, place of business, public building or school.

In Paulding County, old forests and battlefields exemplify Georgia's deep ties to Civil War history. Brittany Phillips, a young mom taking her son for a walk in a city park along the Silver Comet Trail, said she wants the legislature to make the symbols of the past go away -- into the museums of her son's future.

"Because what they stood for was wrong, they stood for slavery," Phillips said.
"I hope [my son] doesn't see skin color and I hope he respects people's culture and also knows history and makes sure it doesn't get repeated, and respect people's rights, their human rights, their civil rights."

"I think we can grow and learn from things. And just doing away with it doesn't help us," Lovingood said.

She said she teaches her children about her childhood and how different it was. She thinks the Georgia legislature should leave the Confederate symbols alone.

"It was there at a time, and it was built for a time, but don't tear it down. Let's grow from it," Lovingood said. "You're erasing a part of history I think our kids need to know about."

If approved, this could open the door to changing the Stone Mountain Memorial, taking out legal wording that protects the monument from being concealed, defaced or obscured because it pays tribute to Confederate soldiers, changing the objectives of the park to solely include preservation of the natural areas in the park and provide access to citizens. HB 175 also prevents any monuments to the Confederacy from being constructed in the future.

Far from the State Capitol, in Dallas, the Paulding County Seat, Trey Puryear, a second-year psychology student at Georgia Highlands College, said he and his friends rarely give Confederate symbols a passing thought.

"Not really, they don't debate it... I think it's a generational thing," Puryear said. "It may bother some people, but I don't see it as a threat."

The bill has had its first read in the Georgia Legislature and is sponsored by six House members, including Renitta Shannon, Derrick Jackson, Sandra Scott, Mary Margaret Oliver, Terri Anulewicz and Shelly Hutchinson.