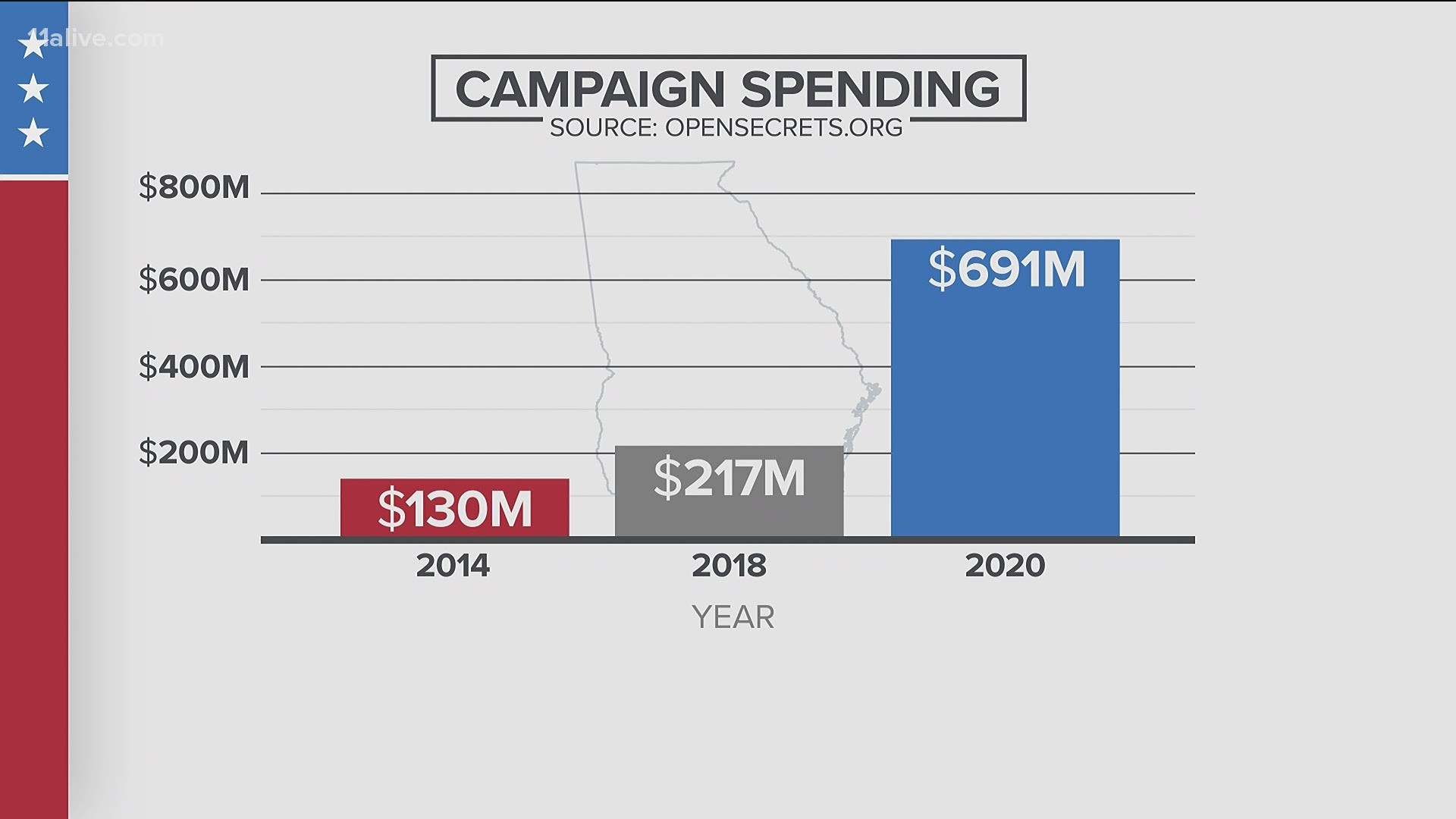 ATLANTA — Candidates for next year’s election are already raising millions of dollars in campaign money – and for races that are often an afterthought for voters.

Totals from a June 30 fundraising deadline have begun to slip into public view now. Candidates are out raising eye-opening amounts of money now for races for Congress, for governor and countless races that voters won’t pay much attention to until well into next year.

"Being in play, being a contested state does mean more money for sure, coming from inside the state and outside the state as well," said Oblander, who has raised money for Democrats since the late 1990s.

But the trend in campaign spending had already been upward.  In 2014, OpenSecrets.org said Georgia campaigns spent more than $130 million.That nearly doubled in 2018.  And then that number more than tripled in 2020.

Out of state money and digital fundraising are behind part of the surge in campaign money, Oblander said.  She adds that candidates like to show off their fundraising for a reason.

"We have a lot of contested primaries here," Oblander said. "They’re starting early. They want to try to scare other candidates from getting into a race and show a lot of cash on hand."