The November debate will be first presidential meetup in Georgia in 27 years. 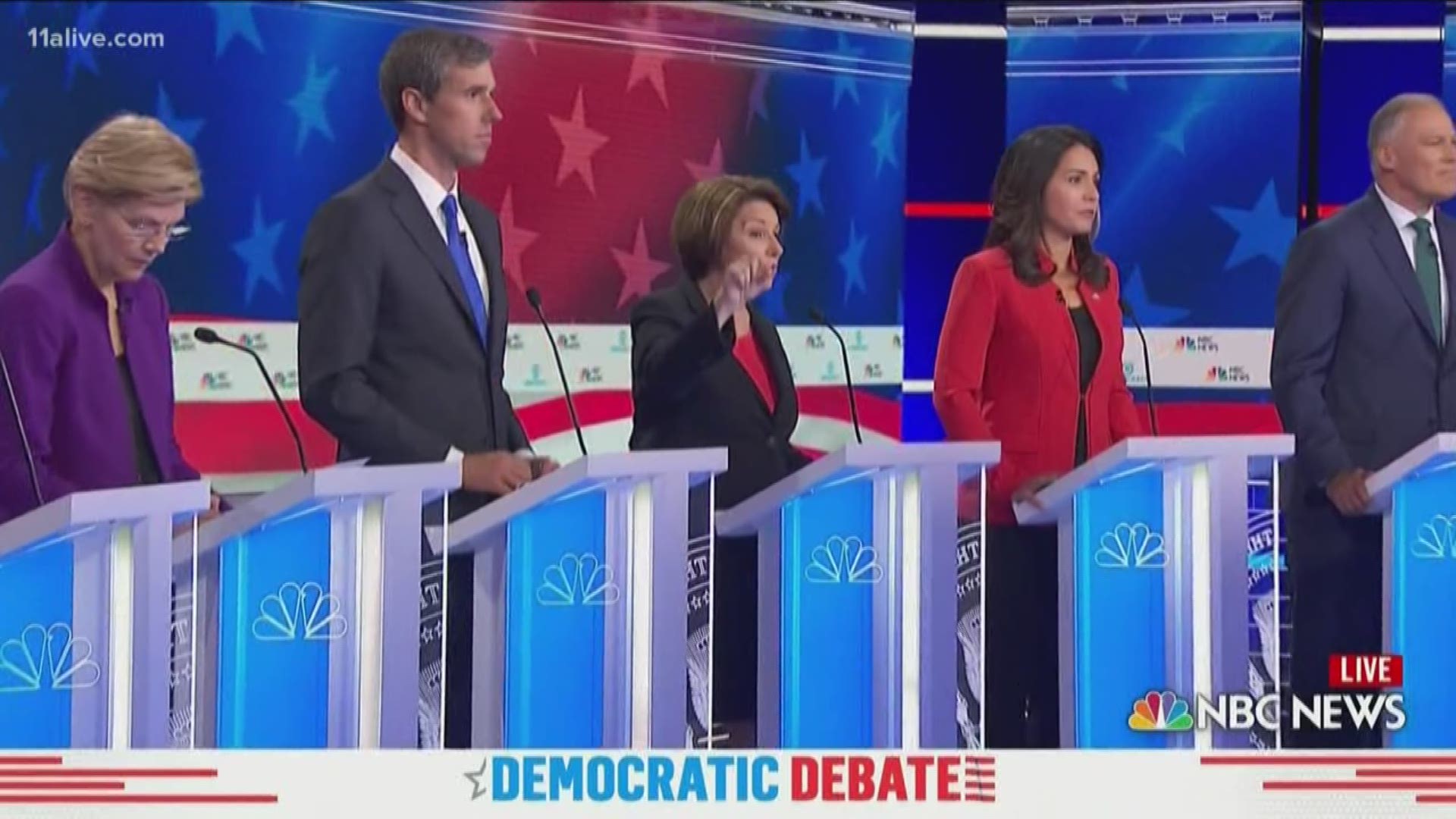 ATLANTA — Political leaders in both parties are bracing themselves for the debate of Democratic presidential candidates taking place next month in metro Atlanta. MSNBC will air the debate, which will take place at a location still to be determined.

Neither political party has scheduled a primary-season presidential debate in Georgia in 27 years. But Georgia’s emergence as a venue this year is no coincidence.

For Georgia Democrats, the presence of the Democratic hopefuls could fuel a party trying to muscle up its state apparatus.

"It is my hope that we bring people into the fold of the party who have never been engaged before," said Nikema Williams, a state senator who is also the Georgia Democratic Party chairwoman.

That’s also the last year a Democrat won a presidential election in Georgia.

Democrats haven't won a statewide race in Georgia since 2006. But the state appeared to turn purple in 2018 when Republican Brian Kemp barely won the governor’s seat.  That turned Georgia into a political battleground.

"There are a lot of national eyeballs on Georgia," said Republican strategist Brian Robinson. "We are going to get attention like we have not had in decades, perhaps ever, not since Jimmy Carter was a candidate for president."

And next year, Democrats are eyeing the Congressional seat now held by retiring Republican Rep. Rob Woodall and Sen. Johnny Isakson. They're also lining up to challenge US Sen. David Perdue.

Robinson is hoping a Democratic presidential debate in Georgia jolts the GOP.

"The Democrats are right. This is competitive here," Robinson said. "Republicans can and should still win here, but we have to fight door-to-door. You cannot win this state by just having an "R" behind your name. Democrats know it. Republicans better realize it."

The 1992 Democratic debate in Atlanta was held at the Carter Center. Democrats are still browsing metro Atlanta locations for the 2019 debate.