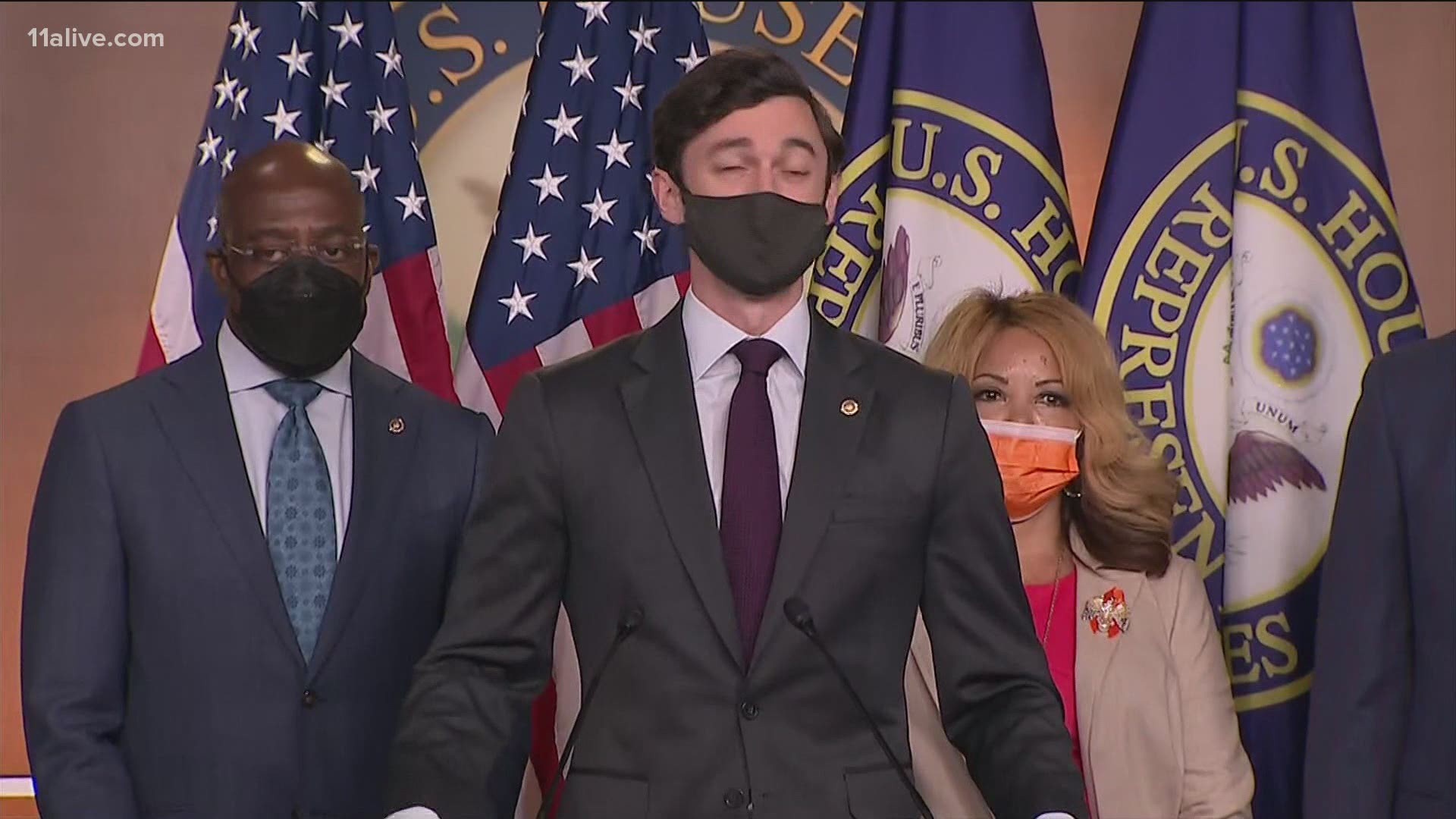 The press conference came just before Congress approved a landmark $1.9 trillion COVID-19 relief bill, that placed President Joe Biden on the cusp of an early triumph that advances Democratic priorities and showcases the unity his party will need to forge future victories.

The House, which gave final congressional approval Wednesday to the package, aims to fulfill Democrats' campaign promises to beat the pandemic and revive the enfeebled economy.

During the event, Democratic leaders spoke about the American Rescue Plan's historic wins for Georgia.

Senators Jon Ossoff and Reverend Raphael Warnock voted for the legislation on Saturday. They have repeatedly said one of their main goals as newly elected officials is to help Georgia families recover from the pandemic.

"I want to say to Georgia, that today is for you," Warnock said. "So much is coming out of this bill that puts us in a decidedly different place."

"The numbers don't lie," Bishop said during the press conference.

House and Senate Republicans have unanimously opposed the package as bloated, crammed with liberal policies, and heedless of signs the dual crises are easing. They believe it is way too big and plunges America into unnecessary debt.

And during a Wednesday news conference on vaccine distribution in the state, Gov. Brian Kemp took shots at the relief bill, dismissing it as a "wish list for California and New York."