They've been political adversaries for years, and now they're facing each other in a governor's race that could have historic implications. 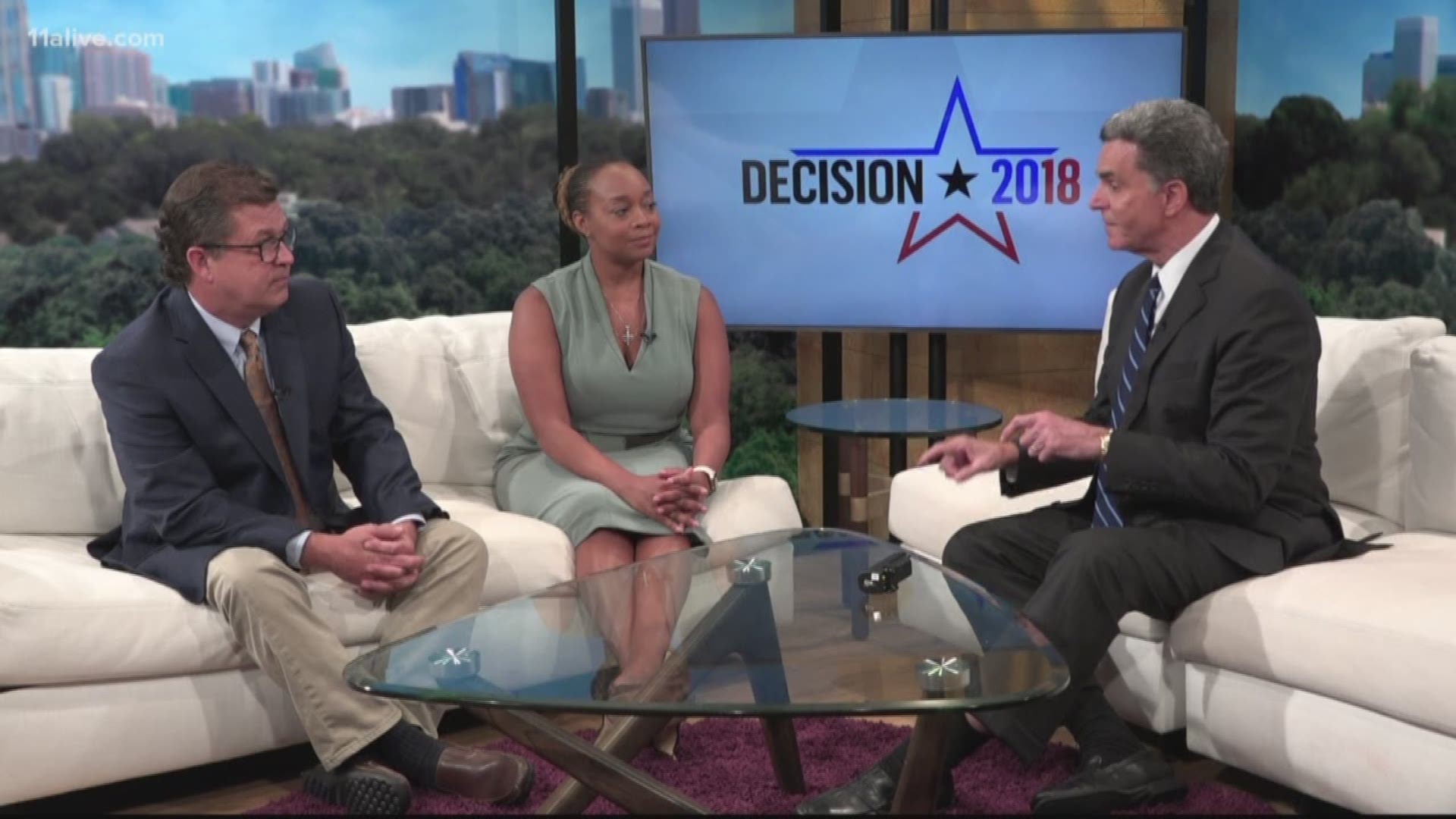 Georgia’s governor’s race -- already the nation’s most watched gubernatorial election this fall – is poised to go nuclear after the results of Tuesday night’s GOP runoff.

Brian Kemp, who a decisive victory over Lt. Gov. Casey Cagle, now faces Democrat Stacey Abrams on Nov. 6, in a battle between two elected officials who have been at odds with each other for years.

Kemp led early as the results came in and never relinquished his lead. Cagle conceded the race just after 8:30 pm, and Kemp claimed victory to his supporters around 9 pm.

Kemp finished second behind Cagle back on May 22 in the GOP primary. But less than a month before Tuesday’s runoff, the race tightened, and an 11Alive poll released just days before the runoff showed Kemp with a slight lead over Cagle, but with more than 20 percent of voters still undecided.

Cagle's campaign was also severely damaged by a series of secret recordings that portrayed him in an unflattering light. The recordings were made by a former GOP gubernatorial rival, Clay Tippins, of conversations between the two men.

Abrams is attempting to become the nation’s first African-American female governor, while Kemp seeks to continue the GOP’s domination of state government that has existed since 2002.

Congratulations @BrianKempGA. You ran a great campaign & Georgia Republicans trust you to carry our mantle forward. To the #CagleLead supporters, Nita and I are truly touched by your dedication and commitment to our future!! We gave it our all & I’m proud of all we accomplished!

The differences between Kemp and Abrams couldn't be clearer. Kemp is proud of his politically incorrect image, burnished by campaign ads where he aims a shotgun at one of his daughters' potential suitors and driving around in an old pickup truck he says he'll use to round up criminal illegal aliens.

Abrams, on the other hand, is hoping the thousands of minority voters she has registered over the last four years, combined with millennials and Trump-hating voters, will help her make history this fall.

Kemp and Abrams have been political enemies since 2014, when Kemp, as secretary of state, investigated Abrams’ New Georgia Project. Abrams and Rev. Rafael Warnock of Ebenezer Baptist Church were attempting to register thousands of minority voters for the gubernatorial and U.S. Senate elections.

Kemp, who chaired the state election board, and the bi-partisan board itself led a three-year investigation that determined that, out of nearly 90,000 applications that the group collected during the drive, 53 were found to be possibly fraudulent.

“The reason that this case was so serious on the front end is because we were getting complaints from voters that their signatures had been forged on those voter registration applications,” Kemp said at the time. “We’re not going to tolerate fraud, but we’ll also work with people that want to do things the right way.”

While the NRA endorsed Cagle in the GOP primary, expect the powerful organization to endorse Kemp. It certainly won't endorse Abrams, who proudly touts her "F" rating from the organization.

Expect President Trump to once again tout his support for Kemp this fall and perhaps make a campaign appearance for him as well.

Several nationally prominent Democrats have already appeared for Abrams, including U.S. Sens. Kamala Harris and Cory Booker, both of whom have been mentioned as possible White House contenders in 2020.