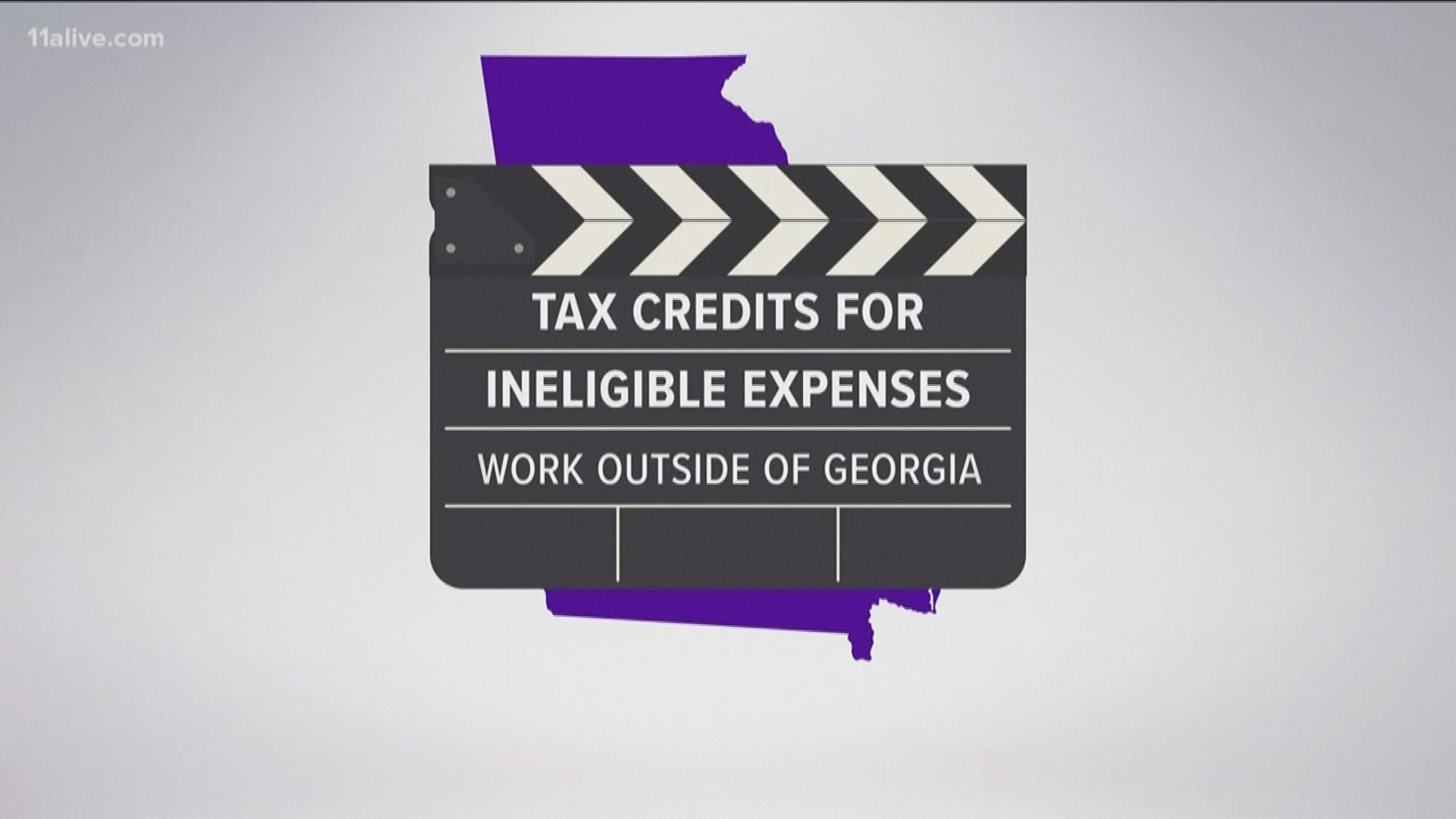 ATLANTA — Though it’s come under fire in two separate state-backed reports, Georgia lawmakers appears to be sticking behind the government program that has fueled the state’s film industry.

The state audit says Georgia grants more tax credits than any other state in America. It also shows filmmakers got millions in tax credits for ineligible expenses – including for work done outside the state – or for expenses unrelated to film production.

The audit says the state should pay closer attention – and one film industry auditor says that’s probably a good idea.

"In fact, I think I agree with a lot of the recommendations in the audit report, which is to have a little bit more oversight," said Peter Stathaopolous of the Georgia Production Partnership.

"The problem you have in any film tax credit program is you can’t define with any specificity each and every thing that qualifies and doesn’t qualify. And so the entertainment industry sometimes is just forced to guess," he said.

He cautions against changing the tax credit program itself, which has distributed billions in government subsidies to a film industry now thriving in Georgia as a result.

Yet questions remain. This week’s audit comes on the heels of another report from Kennesaw State University that seems to debunk the much-repeated claim that the film industry added $9.5 billion to the economy in 2018, saying it was less than half that. Instead of creating 92,000 jobs, as the state has said, the KSU study says the actual number is about one third of that.

"There are some valid concerns about how the taxes are collected and how it’s reported," said state Rep. Teri Anulewicz (D-Smyrna). Yet she is among the lawmakers saying Georgia’s film industry has become too important to disassemble based on flawed execution of the tax credit.

"If there’s indications of fraud and abuse, we’d want to address those issues first and not overreact by repealing the entire tax credit," Gooch said Wednesday. The legislature convenes for its 2020 session next week.

Earlier this week, state Sen. Lindsey Tippins told 11Alive News he thinks the state needs to take a cold look at the film tax credit in light of a tight state budget.

Legislators are expecting auditors from Georgia Tech to deliver another report on the film tax credit in the coming weeks.