The estimated $150 million purchase will be a major step toward replacing the state's current outdate voting machines. 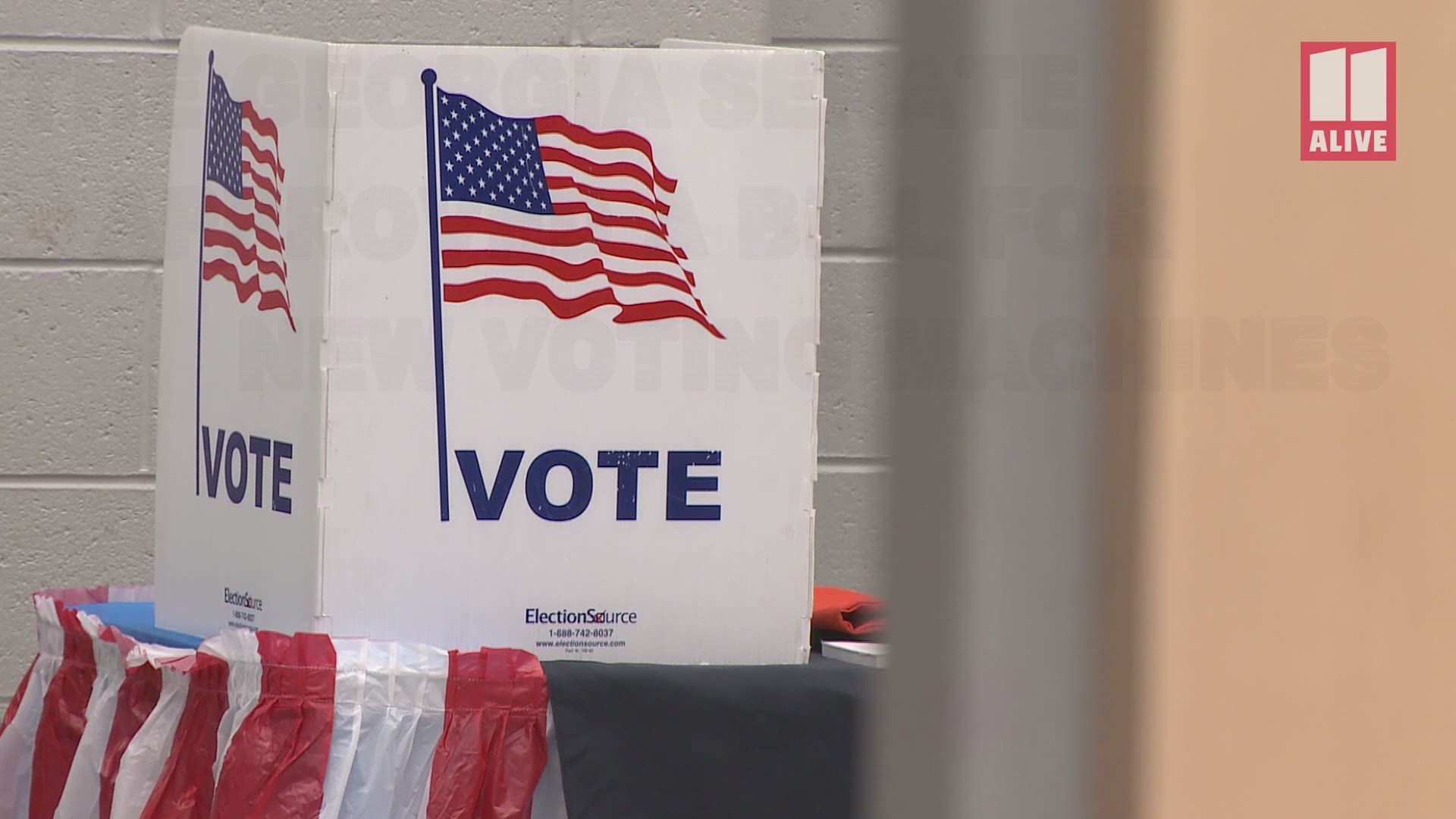 He signed it Tuesday, behind closed doors and without prior announcement, on the final hectic day of Georgia's 2019 legislative session.

The estimated $150 million purchase will be a major step toward replacing the state's current outdate voting machines, which offer no auditable paper trail. But some say it's a major step in the wrong direction.

The signing comes months after Kemp, then the state's chief election officer, defeated Democrat Stacey Abrams in the governor's race, and amid several lawsuits challenging the state's handling of elections.

The 2018 election drew national attention and shook voter confidence after it was marred by issues including long voter lines, reports of malfunctioning voting machines and high rates of rejected absentee ballots.

After her loss, a political organization backed by Abrams filed a federal lawsuit challenging the way Georgia's elections are run. It contends that state elections officials "grossly mismanaged" November's election in a way that deprived some citizens, particularly low-income people and people of color, of their right to vote. The lawsuit remains pending.

Systems using electronic ballot markers include touchscreen computers, where voters make their selections and then print a paper ballot. Voters can then review a summary of selections on their ballot printout before putting it through a scanner, where the votes are tallied. Setups from different vendors vary, but many offer ballot printouts that include text summaries as well as barcodes where voter selections are encoded for tabulation.

Bond funding, or borrowing, totaling $150 million was included in the 2020 budget, and lawmakers say that should cover the initial purchase of machines as well as rollout and training.

Republican lawmakers and county election officials say electronic ballot markers are the easiest to administer and can accommodate all Georgians, including those with disabilities.

The bill's author, Republican Rep. Barry Fleming, said the machines also best capture voter intent, and that stray or accidental marks on a hand-marked paper ballot system could cause confusion and invalidate ballots.

Georgia Tech computing professor Richard DeMillo testified before a House committee in February, arguing that hand-marked paper ballots were the most secure option.

"What we're concerned with is that some unobservable piece of technology will get between ... an intention in the voter's mind and the indelible transfer of that intention to a piece of paper. That is where the hack occurs," DeMillo said. "A hand marked paper ballot imposes no intermediate technology."

While many states use these types of machines in some areas, often to assist disabled voters, Georgia would be the first to make them the primary voting method statewide.

Election officials hope to have some new machines in place in time for testing during municipal elections in November 2019. They would be installed statewide for use in the November 2020 presidential election, which also includes a U.S. Senate race and all of Georgia's U.S. House seats.

The legislation also makes changes to Georgia's strict standard for verifying voter registrations and clarifies when polling places can be closed or moved, measures previously proposed by Democrats.

After receiving final approval by the state House last month, Kemp said in a statement that the bill "modernizes Georgia's voting system and ensures our elections remain secure, accessible and fair."