It's now awaiting the governor's signature in order to become law. 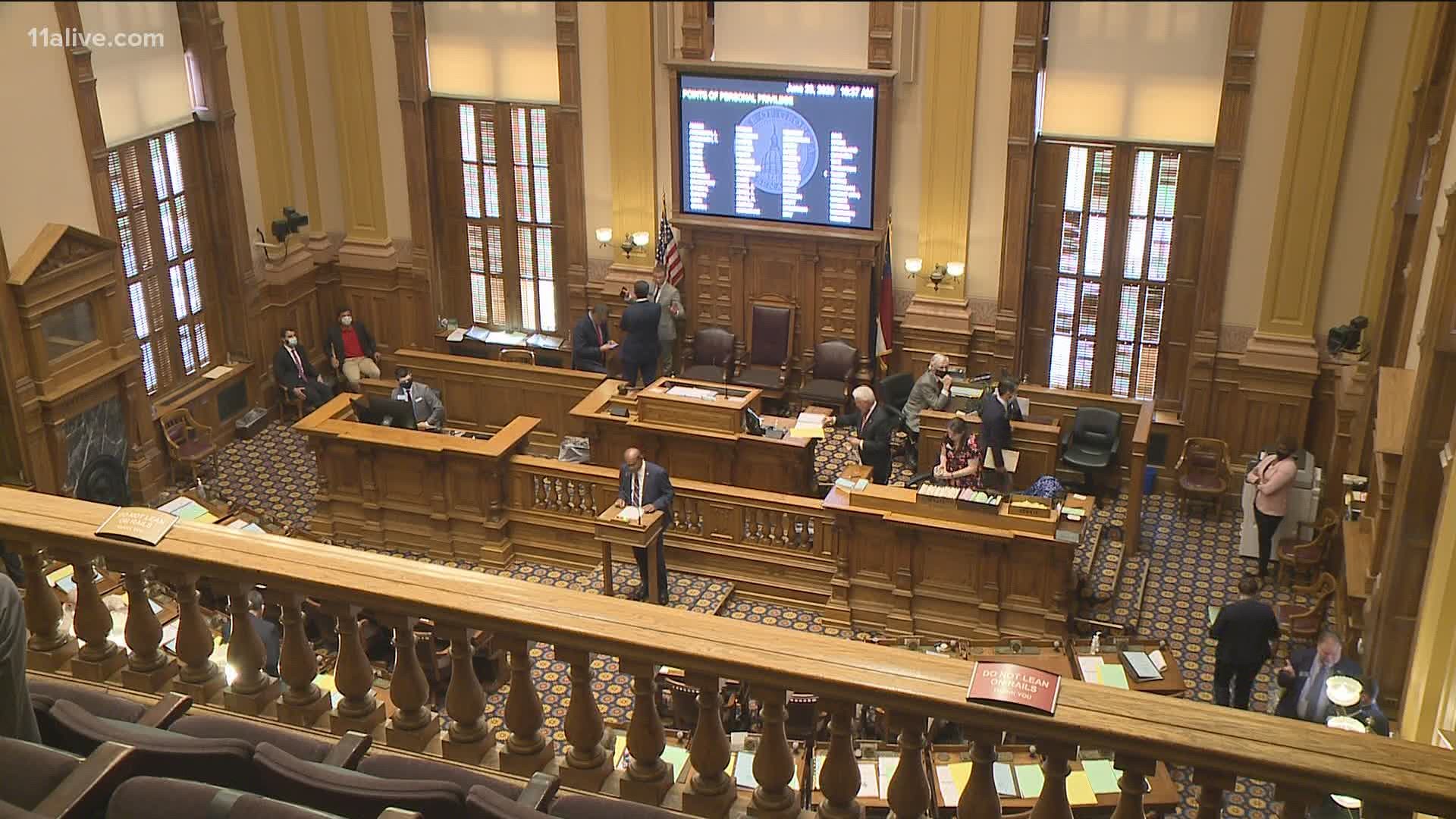 ATLANTA — Georgia is now one step closer to having a hate crime law in place, after it was passed in both chambers of the statehouse Tuesday afternoon. It now goes to Gov. Brian Kemp to sign into law.

The bill, HB 426, was passed in that chamber Tuesday by a vote of 47-6. It was sent back to the state House for debate of Senate changes, which include data collection and reporting requirements and the addition of sex as a protected factor. It passed that chamber, as well.

Bipartisan support had been thrown in doubt after Republicans added protections for first reponders, but those protections were put in another bill that also passed.

Gov. Brian Kemp would have to sign the bill in order for it to become law. It's unclear at this time when that would happen, but Kemp’s office said in a statement that intends to sign it, pending a legal review.

Georgia was only one of four states in the country without a hate crime law. If Kemp signs the bill, only South Carolina, Arkansas ad Wyoming would be remain.

Calls for a law surrounding hate crimes in Georgia were renewed in the wake of the death of Ahmaud Arbery. The south Georgia man, who was Black, was shot and killed while jogging after being confronted by father and son Gregory and Travis McMichael, who are White. The McMichaels told authorities they followed Arbery because they believed he was a burglary suspect and they wanted to make a citizens arrest.

In a statement through the Georgia NAACP, Arbery's mother, Wanda Cooper-Jones, said she was thankful for the bill's passage.

"My family thanks everyone for not letting my son's death be in vain," Cooper-Jones said. "I know he is still with us and this law is evidence of that and I look forward to being present when it is signed."