It provides protections like those in the hate crimes law for police officers and other first responders. 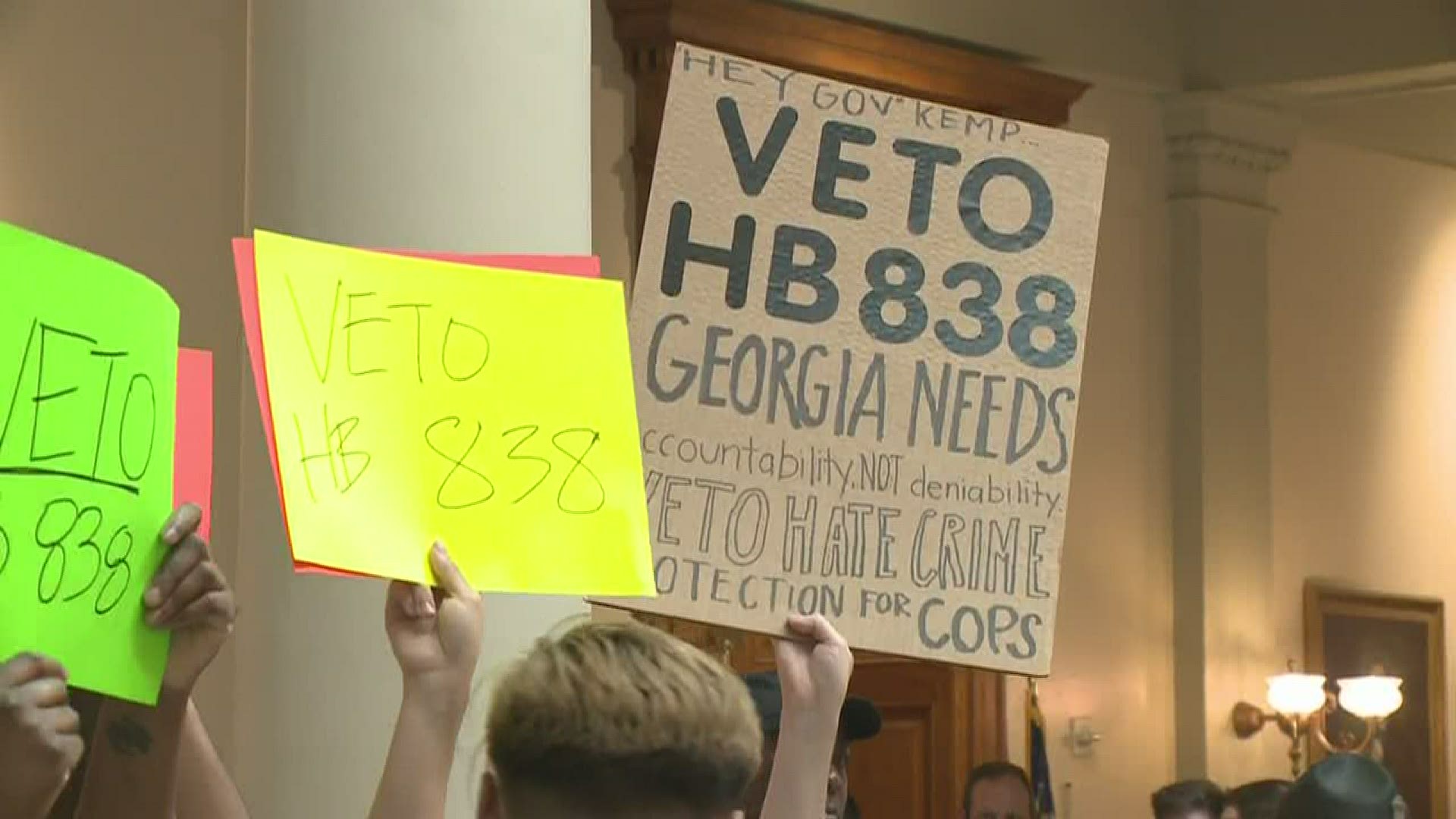 ATLANTA — As Gov. Brian Kemp signed a landmark hate crimes bill into law, another bill waited for his signature that the Georgia NAACP says "would create a toxic divide in our state."

That's it. Remove a word.

But, as will happen with laws, it took on a whole new meaning by happenstance through the politicking over the hate crime bill.

This was considered a "poison pill" by those who had been pushing for a hate crimes law, and in many instances reversed their support for that law, H.B. 426.

As a kind of compromise, Senate Republicans removed the language from HB 426, and instead wrote provisions that enhanced protections for police officers and other first responders into H.B. 838.

The most significant provision establishes an "offense of bias motivated intimidation" defined as when someone "maliciously and with the specific intent intimidate(s), harass(es), or terrorize(s) another person because of that person's actual or perceived employment as a first responder."

The bill then provides for a penalty of such a crime of at least a year of prison, and up to as many as five years, as well as a potential $5,000 fine.

Activists are worried these provisions will be used to stifle criticism of police.

The ACLU of Georgia called H.B. 838 a "dangerous step to chill every Georgian’s First Amendment freedom of speech and the right to protest to redress grievances." The Stacey Abrams-founded voter rights group Fair Fight Action said: "This bill does not protect Black lives, in fact it puts Black lives and those fighting for justice in our streets in even more danger."

Perhaps most damningly, Wanda Cooper-Jones, the mother of Ahmaud Arbery - whose death resulted in protests that largely created the momentum for the hate crimes bill to come to fruition - said "H.B. 838 is more dangerous to our community than H.B. 426 is good."

11Alive's Hope Ford reports it is the reason why she did not attend the signing ceremony for the hate crimes law at the Georgia Capitol on Friday - which she was originally expected to do.

“Though we stand in full support of all law enforcement, we believe that H.B, 838 is more dangerous to our community than H.B. 426 is good," Cooper-Jones said in a statement released by the NAACP. "To see the legislature prioritize H.B. 838 instead of repealing citizens' arrest is heartbreaking and does not do justice for my son."

At the time Kemp signed the hate crimes law, he had not yet signed H.B. 838 into law.