The proposal would allow patients who already can possess low-potency marijuana oil to access the product. 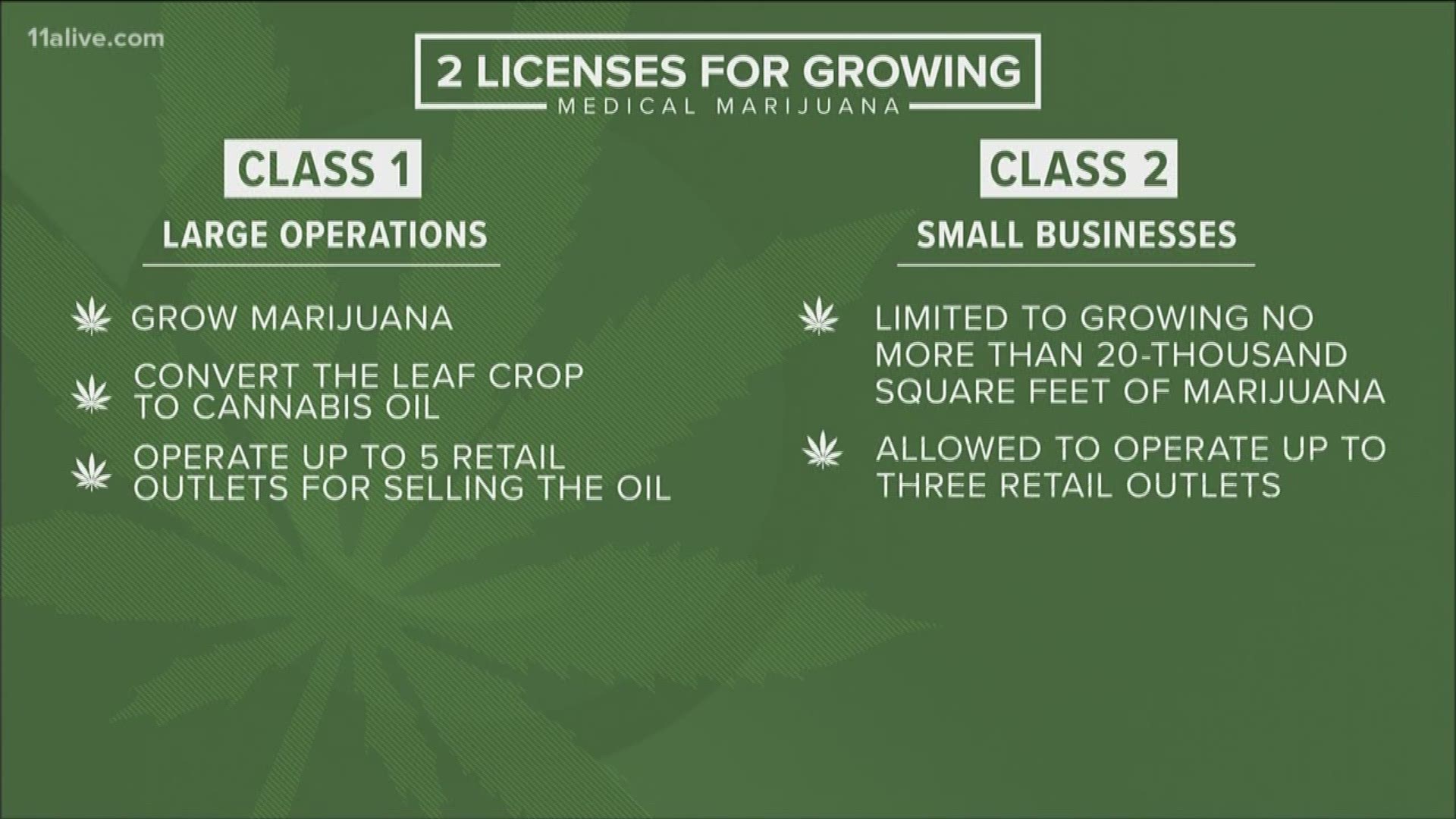 ATLANTA (AP) — A bill that would allow the production and sale of low-potency medical marijuana oil within Georgia moved through a House committee Friday.

The House Regulated Industries Committee approved the Republican-sponsored measure, but timing to move forward is tight. To survive, the bill must pass the full House by Thursday, the deadline for bills to pass out of one legislative chamber. Bills that don't make it past this point are generally considered dead.

Gravley's proposal would allow patients who already can possess low-potency marijuana oil to access the product.

"It simply provides an opportunity for the patients to access safe oil without breaking federal law, incurring the extremely high cost of traveling to another state and getting a product they are not 100 percent confident in how it was made and where it was made," Gravley said.

Gravley's bill would close a loophole created by the state's 2015 medical marijuana law that allows patients to possess the drug but provides no real way to obtain it. It is currently illegal to grow, process, buy, sell or transport medical marijuana oil in Georgia.

Gravley said he is "hard-pressed" to believe that only the roughly 8,400 Georgians already registered to use low-potency medical marijuana actually need the drug. "I believe than number is anywhere upwards of 15,000," he said, noting that some patients with approved diagnoses could be eligible for a card to possess medical marijuana but have not applied because they cannot buy it anywhere in the state.

Gravley's measure would grant 10 licenses to grow and manufacture the drug in Georgia, and could create as many as 50 retail locations.

Changes to the bill in committee aimed to increase minority involvement in the oversight and licensing process.

"Disease and diagnosis does not discriminate and I think we need to be looking across every group in Georgia to ensure their voice is being heard," Gravley said. "All licensees have to show a dedicated effort to working with minority groups. That would be heavily weighted by the committee."

Gravley's bill would create an 11-member oversight board to review licensing applications and an office to regulate the program within the Department of Public Health.

With newly added amendments, the proposal would require that the board include at least two minority business owners in Georgia. The oversight board would also look favorably upon companies that have made an effort to work with and source products from and to minority communities.

The committee also expanded a licensing ban to include anyone with past felony drug-related convictions.

Gravley said he considered the committee's changes to be effective compromises.

"My mission, my single focus, is making sure that patients have access to this oil," Gravley said. "Other technicalities, semantics, I will submit to the will of the committee because it doesn't prohibit what I'm ultimately trying to do."

RELATED: Atlanta Police no longer asking candidates about past marijuana use

RELATED: Verify: Is marijuana really the gold mine people claim?