The district covers parts of DeKalb, Henry and Rockdale counties. 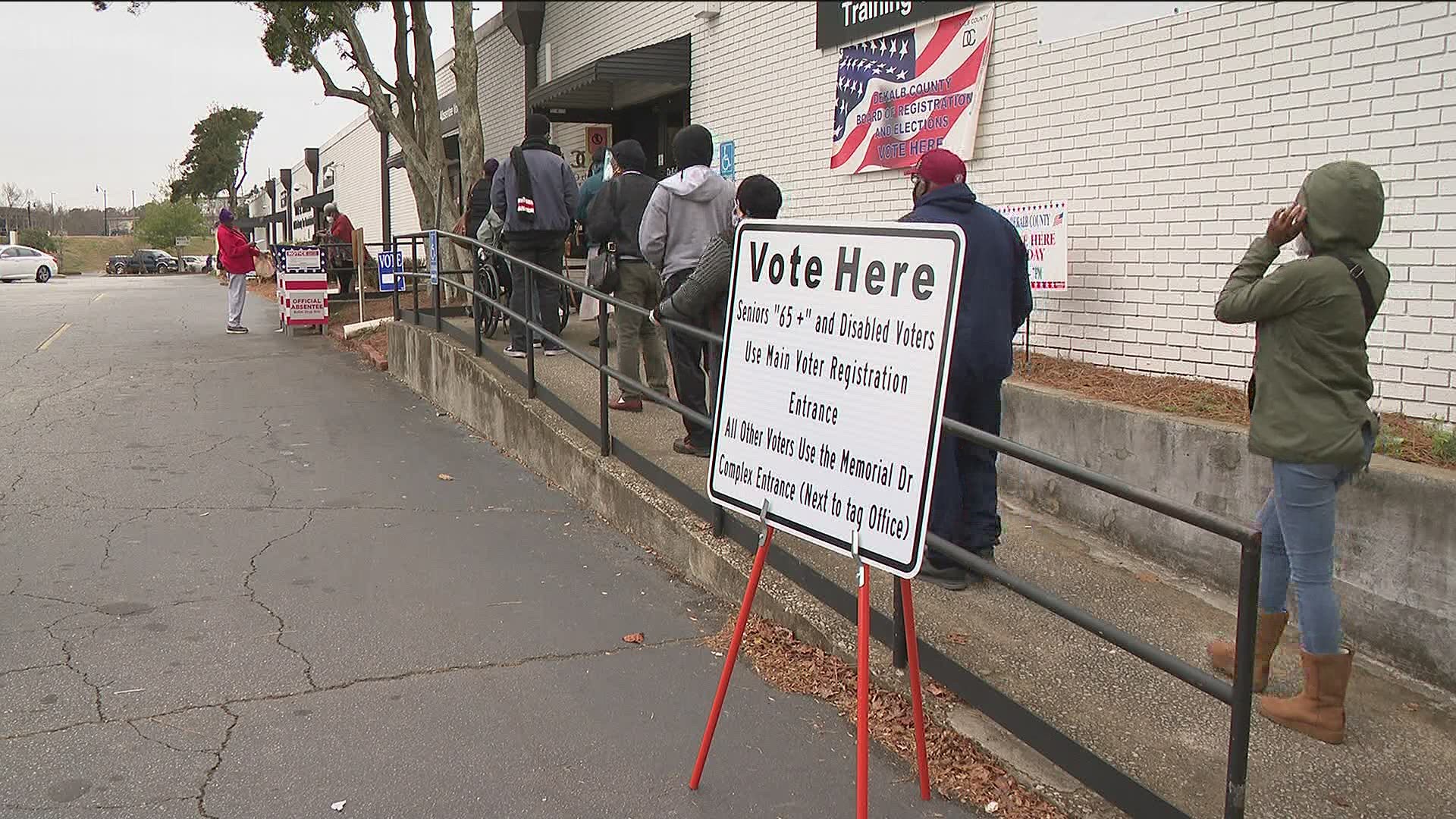 DEKALB COUNTY, Ga. — Voters in parts of Dekalb, Henry and Rockdale counties will head to the polls today to choose a new state representative in a special election.

They will be replacing longtime state Rep. Pam Stephenson, who withdrew from the election last year after winning the primary, reportedly over health issues.

The Decatur Democrat had held the seat for more than 15 years.

If no one candidate clears the 50% + 1 threshold, a runoff between the top two vote-getters would be held on March 9.

“With all the energy around our latest election cycle, we want to encourage those registered voters in House District 90 to come back to the polls for this special election," DeKalb Voter Registration & Elections Director Erica Hamilton said in a statement last month. “For your safety and ours, we strongly recommend voters follow CDC’s guidelines while in public. We will actively clean polling machines and hard surfaces at all of our precincts but ask the community to also remain vigilant in helping us combat this pandemic while exercising their right to vote.”