The governor had proposed a $2,000 annual raise for school teachers in his fiscal year 2021 budget. 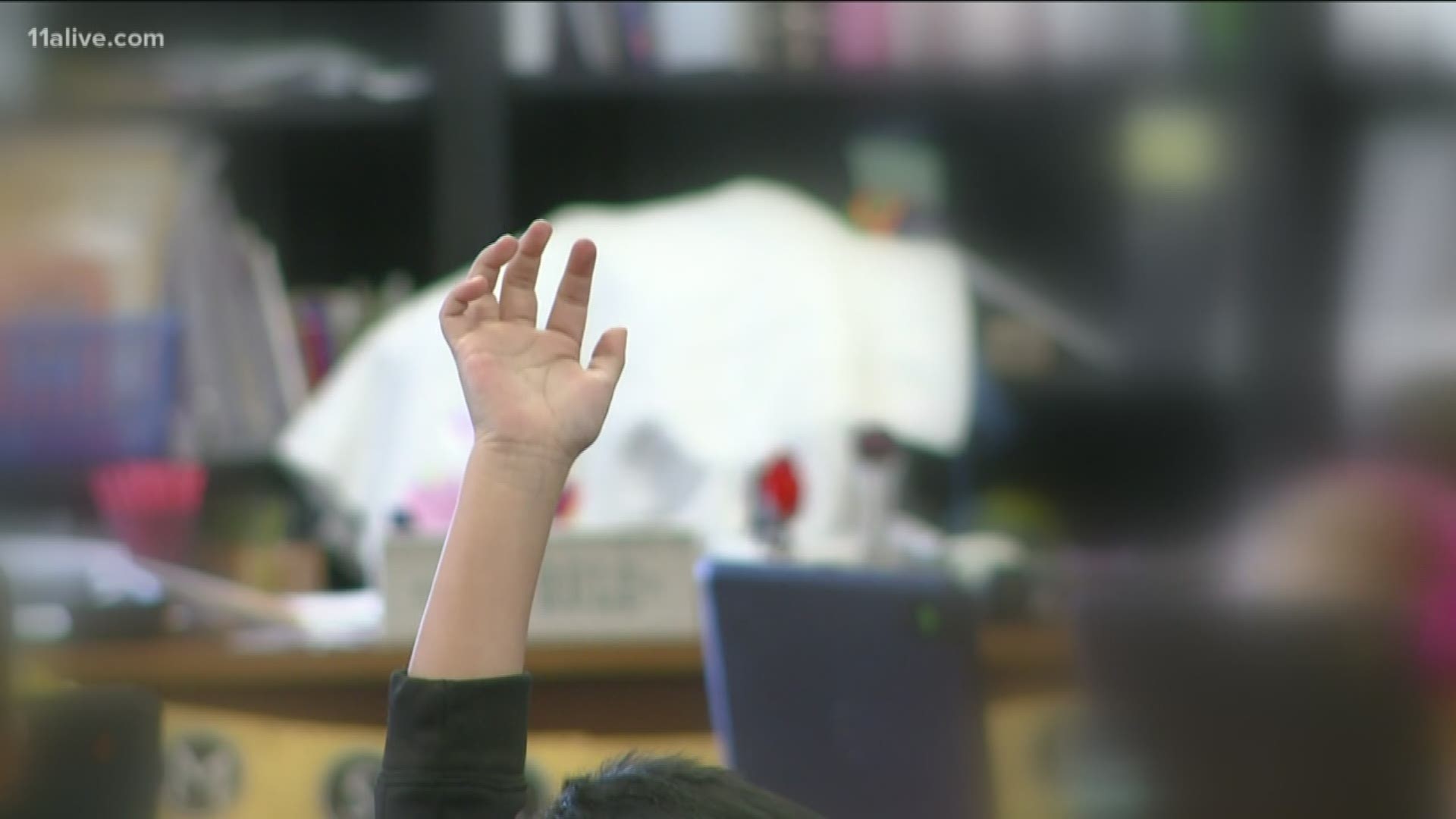 ATLANTA — The state House Appropriations Committee on Monday only offered to meet Gov. Brian Kemp half-way on his proposed pay raise for grade school teachers for the upcoming fiscal year.

In his 2020 State of the State address in January, Kemp had said he would propose a $2,000 annual raise for grade school teachers across the state in this year's budget.

However, the state is facing a budget shortfall this year. As a result, Kemp is asking state agencies to cut spending by at least 4 percent.

Many wondered if that meant there would still be money left to raise teacher salaries by Kemp's proposed $2,000.

At the Georgia State Capitol on Monday, House Appropriations Committee Chairman, Rep. Robert Dickey (R - Crawford County), said the committee had the difficult task of balancing the state's educational needs with those of other state agencies.

"We in the House supported Georgia's educators and value the abundant responsibilities they have in cultivating the lives of Georgia's children," Dickey said. " K-12 education is the largest single expenditure in the budget, totaling $10.7 billion -- or 44.3 percent of the state's general budget."

Some of the other state agencies that his committee has had to address, Dickey said, include those which provide essential services to Georgians.

"(We must) balance our needs in education and the proposed educative pay raise with the needs of other state employees and their employees in positions that have experienced extremely high turnover rates, and also provide the essential services to Georgians," Dickey said.

As a result, the chairman said, the House Appropriations Committee's version of the FY 2021 state budget represents a $1,000 -- or a 2.7 percent -- increase over the base teacher salary.

"When this pay raise is combined with the raise from the 2020 budget, it represents an 11.7 percent increase to the base teacher salary," Dickey said in Monday's meeting. "This budget also supports teachers and students by fully funding the school counselor ratio at 1:450 for all QBE (Quality Basic Education) student categories. Teachers and school counselors work hard hand-in-hand to fully support each other."

The money added to the budget will fund about 540 school counselors across the state.

The Georgia Association of Educators said it is disappointed with the committee's action.