The appointments will be assigned within a two-hour window during which the DOL representative will call the client. 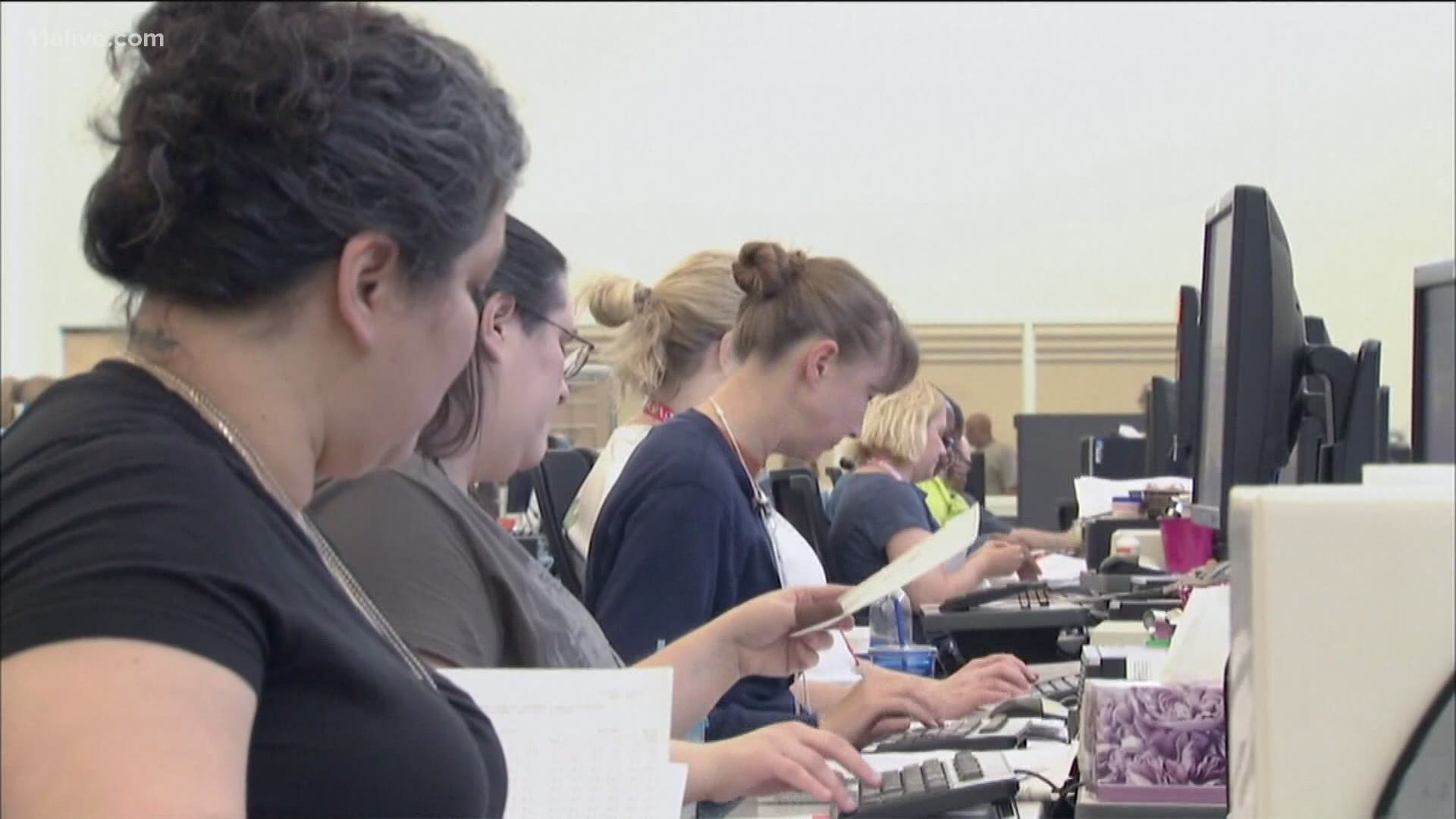 ATLANTA — The Georgia Department of Labor says they will be launching a new online tool for clients, allowing them to request an appointment with a claims representative to ask questions about their claim.

The appointments will be assigned within a two-hour window during which the DOL representative will call the claimant, the department says.

During an initial two weeks of appointment slots, almost 3,000 appointments will be scheduled, according to a release from the Labor Department.

"The addition of this online tool will further our ability to address claim issues," said state labor commissioner Mark Butler in a release. "We have been adding personnel to our staff to help with general responses and this addition will allow our experienced staff to focus on resolving claimant issues more efficiently."

The release says that claimants are urged to be ready to discuss their claims during the allotted timeframe.

The tool will go live on Monday, Nov. 2 on the Department of Labor's website according to the release, and will be found under the Spotlight area of the home page of the site.

According to the Labor Department, since March 2020, Georgians have received more than $15 billion in unemployment benefits -- more than the past 27 years combined.

According to the department, more than 322,000 Georgians have received payments from the Pandemic Unemployment Assistance program associated with the federal CARES (Coronavirus Aid, Relief and Economic Security) Act.

"We have issued over $1.6 billion in PUA benefits in seven months after building a system from scratch in record time for individuals that have never been part of the unemployment system before," Butler said. "This program was able to provide support to over 322,000 Georgians during the pandemic helping to get these individuals back in business."

The release says that the department has worked diligently to decrease the amount of time it takes to release payments and is now processing regular unemployment claims within a week of a claim filing date.

Additional information on filing unemployment claims can be found on the agency's web site at dol.georgia.gov.