Georgia lawmakers announce special guests to State of the Union

Each Congressman and Senator is able to invite a guest to the State of the Union. 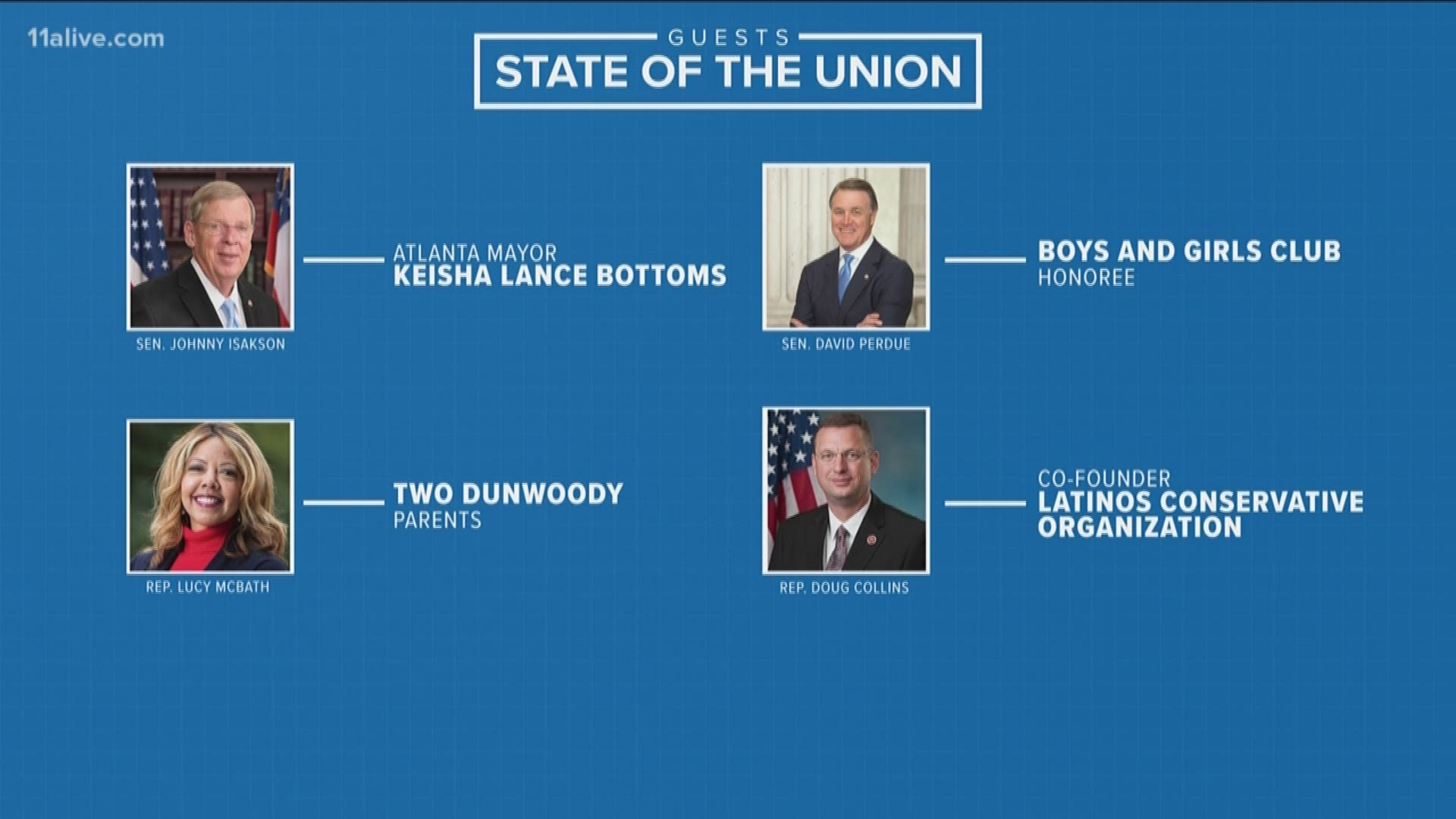 ATLANTA — Two Georgia members of Congress have already announced interesting decisions on who they have invited to the State of the Union address.

Each member of Congress is permitted to invite a guest to sit in the gallery during the speech before the Joint Session of Congress Tuesday night in the House of Representatives.

Many years, the members announce who they will bring in advance, usually selecting someone that by their very selection, conveys a political message to their constituents and to their political adversaries alike.

Rep. Lucy McBath has invited Jeff Binkley to be her guest to the State of the Union. His daughter, 21-year-old Maura Binkley, was shot and killed at a yoga studio in Tallahassee in 2018.

Binkley graduated from Dunwoody High School and was attending Florida State University before her death. The gunman shot six people, killing two, before taking his own life.

Twenty-one-year-old Maura Binkley was a 2015 graduate of Dunwoody High School.

McBath's son, Jordan Davis, was shot and killed when he was 17 years old by a man who opened fire on a group of teen boys at a gas station in Jacksonville, Florida, in 2012.

"Just three months ago, the Binkleys experienced a tragedy that no parent should ever endure. The pain of losing a child to gun violence never ends. Too many families experience tragedies like ours every single day, and it’s that pain that drives my work for common-sense gun safety legislation," McBath said in a statement. "Maura’s story must be told. It’s vitally important that we continue to share these stories as we work to keep families like ours from experiencing the horror and heartbreak brought on by gun violence. Our community and our nation cannot wait any longer for common-sense gun safety solutions."

Georgia's senior senator, Republican Johnny Isakson, has invited Atlanta Mayor Keisha Lance Bottoms to be his guest for the State of the Union speech.

This is not the first time that Isakson has asked a Democrat to be his guest for the speech. Former Atlanta Mayor Kasim Reed was Isakson's guest one year, while former Atlanta City Council President Ceasar Mitchell was invited during a different year.

Republican Sen. David Perdue has asked Cory Seals to be his guest to the speech. Seals, who graduated from the DeKalb School of the Arts, is the Boys & Girls Club of Metro Atlanta's Youth of the Year runner-up. He is currently studying at the Philadelphia School of the Arts.

Other lawmakers may invite veterans or activists or other private citizens as their guest for the evening, which may convey a different political or social message to constituents or others, based on who those guests are.

And while some lawmakers have what may be considered political motives behind who they select for their guests for the evening, others have a more basic or practical rationale for their guests. Some will simply bring their spouses or children as their guests.