The special session will be convened on Nov. 3. 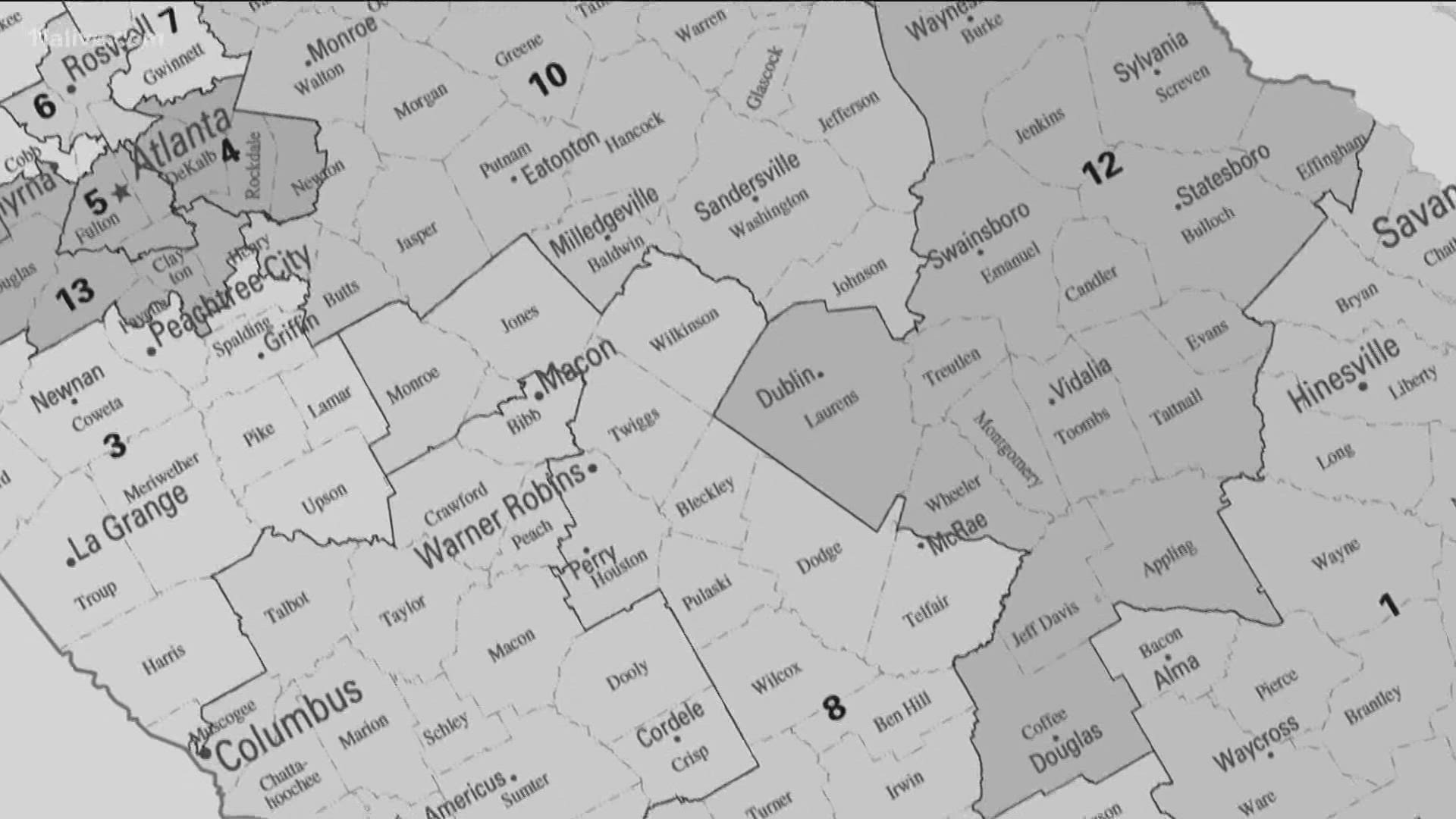 ATLANTA — Gov. Brian Kemp has called a special session of the Georgia General Assembly for early November to address redistricting and a small handful of other matters.

The governor issued a proclamation Thursday calling for the special session to be convened on Nov. 3.

According to the proclamation, the state legislature will meet for "enacting, revising, repealing or amending general law" to draw up the districts for members of the Georgia House and Senate as well as the state's U.S. Congressional districts.

This process normally happens once a decade, when the census is released. The number of congressional seats are decided depending on the population change, explained political analyst Dr. Andra Gillespie.

"Georgia isn't gaining or losing any seats, but populations may have shifted around the state. So it's important that each district have the same number of constituents," she said.

In 2011 this process took place in August, but this year it’s a little later due to the pandemic. Something else that will be different this year is that Georgia won’t be required to clear its district lines by the Justice Department before they go into effect.

Gillespie explained that it was struck down in Shelby County vs. Holder in 2013.

"So because of Georgia's history, with disenfranchising African Americans, under the Voting Rights Act, it was required to clear its districting lines by the Justice Department before they could go into effect," she said. "That was struck down. Even though there is legislation that is pending in Congress right now to reinstate preclearance, based on a more recent formula of states and counties that have had a history of disenfranchising minority voters, that's not in effect right now, which actually doesn't ensure equity.”

Gillespie said a lot of eyes will be on North Fulton, Cobb, Gwinnett and Forsyth Counties.

“I think people are really going to be paying attention to see what became competitive in the last few years, whether or not Republicans are going to try to draw those lines to make them safer for Republican legislators, because that's been the place where we've seen Republicans be challenged and where we've seen Democrats make some gains in the metro area," she added.

She wants to encourage voters to express their opinions on how lines should be drawn by joining advocacy groups that propose their district lines.

In addition to redistricting, the session will also address an amendment to the state tax code and ratifying executive orders issued by Gov. Kemp earlier this year regarding fuel taxes.

The legislature will also consider "enacting, revising, repealing, or amending local laws which the General Assembly deems necessary to avoid unreasonable hardship or to avoid undue impairment of public functions if consideration and enactment thereof are postponed."

The State Senate will be asked to confirm a number of appointments made by the governor since the General Assembly adjourned for the year in April, as well.