There's been a renewed push for Georgia to adopt a hate crime law in the wake of the Ahmaud Arbery killing. 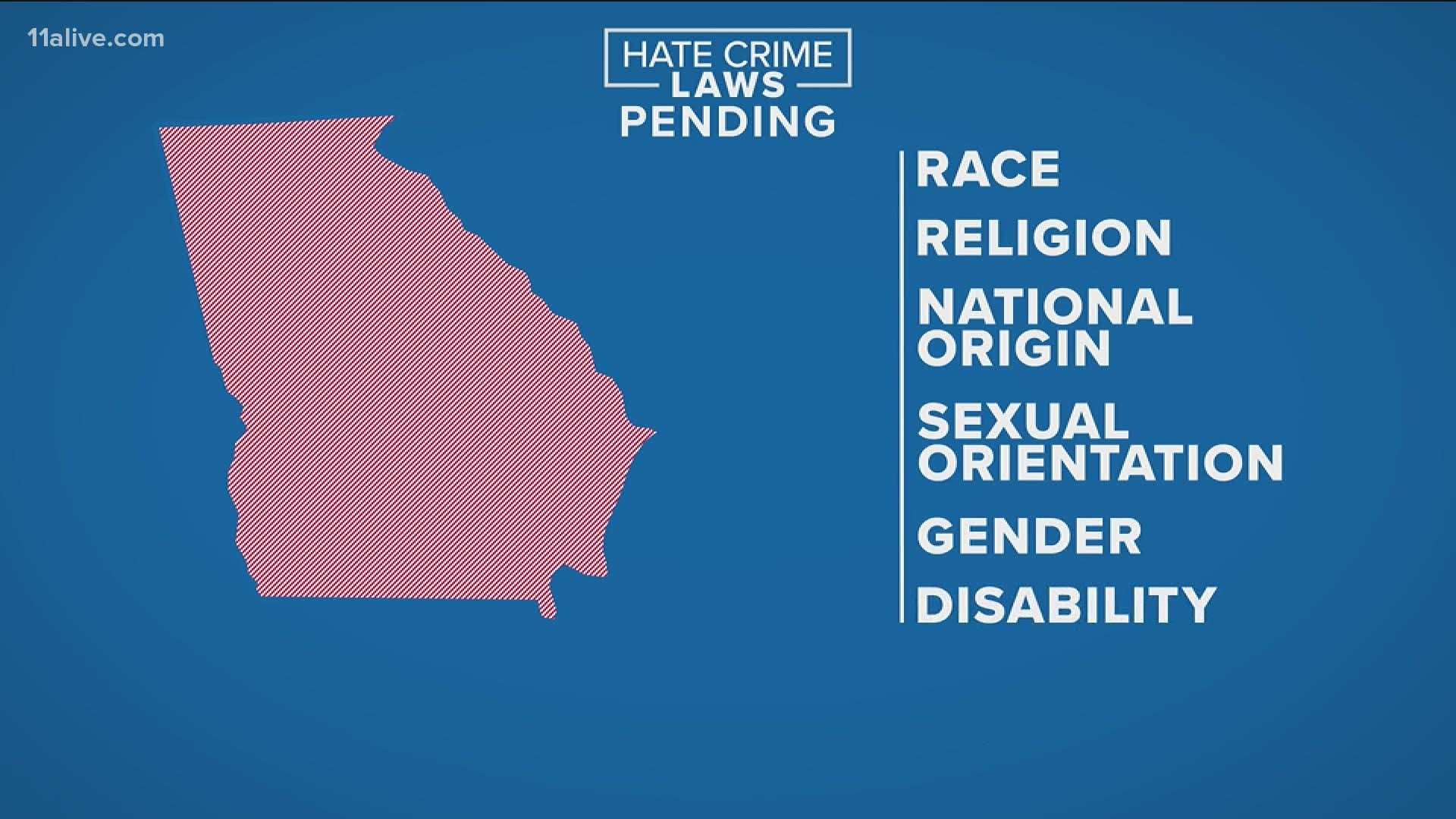 ATLANTA — Lt. Gov. Geoff Duncan said in a statement on Friday that proposed hate crime legislation in Georgia was "an important piece of legislation to get right."

There has been a renewed push for Georgia to adopt a hate crime law in the wake of the Ahmaud Arbery killing. The state is one of only four without such legislation.

Currently, SB 166, "Georgia Enhanced Penalties for Hate Crimes Act" is tabled in the Georgia State Senate after it was introduced last February, the latest in a succession of failed attempts to jumpstart progress on a hate crime law.

RELATED: Why doesn't Georgia have a hate crime law?

A Georgia House bill, HB 426, passed last year in a tight vote but was also tabled in the Senate.

In his statement Friday, the lieutenant governor appeared to endorse finally getting such a bill passed.

"It is time to make it clear that Georgians will not stand for hate and violence," Duncan said. "As we work through this legislation we want to make sure that victims of hate crimes have certain tools at their disposal. Victims of bias-motivated violence should have recourse in civil court - I want to ensure that victims have a remedy for the rights they hold as Georgians."

He added that "in our communities, state and local law enforcement officials need to have the proper training at their disposal in order to correctly identify, investigate, and prosecute hate crimes. As we work through the legislation with the Senate Judiciary Committee, these are some of the specific details we will look to address.”

Currently, the Georgia General Assembly session is suspended through June 11 due to the COVID-19 pandemic.

Protests to be staged in Atlanta today over killings of Ahmaud Arbery, George Floyd, Breonna Taylor