The House Judiciary Committee document submitted in support of impeachment took note of Georgia's place in the ongoing 2020 election saga. 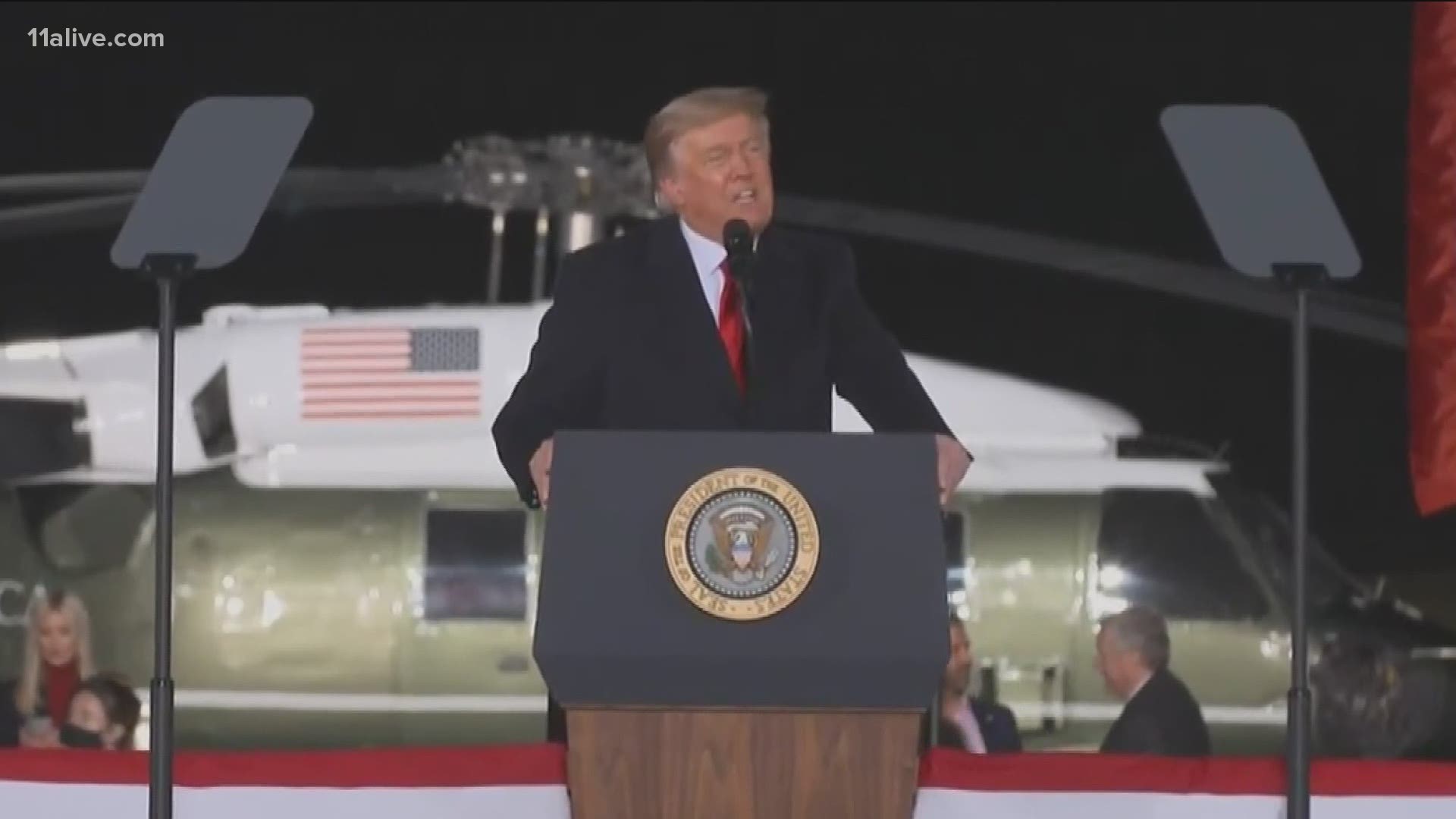 It notes the state's particular place in a saga that saw the president attempt for weeks to overturn the election before a mob of his supporters sacked the U.S. Capitol last week, which Trump could now be charged as responsible for in a single article of impeachment that asserts he "committed a high Crime and Misdemeanor against the Nation by inciting an insurrection."

"President Trump was especially fixated on Georgia," the document states.

On Wednesday, the U.S. House of Representatives will vote on whether to charge Trump over the events that led to last week's astonishing scene in Washington.

The Judiciary Committee document that states the case against the president repeatedly returns to Georgia, where Trump appeared to focus much of his agitation in the weeks following the November election.

It details first the pressure campaign the president waged against Georgia's Republican leaders, Sec. of State Brad Raffensperger and Gov. Brian Kemp, and in court with a string of lawsuits in an "effort to subvert and obstruct the election outcome."

The report also highlights Georgia officials' mounting frustrations with Trump as the campaign continued, referencing Gabriel Sterling's "prophetic warning in the aftermath of the election" that the president's rhetoric would lead to violence.

It makes mention of the president's rally in Dalton on Jan. 4, the day before the Senate runoffs.

Two days before the U.S. Capitol breach, Trump told a north Georgia crowd: “Democrats are trying to steal the White House … you can’t let it happen. You can't let it happen,” and, “They’re not taking this White House. We’re going to fight like hell, I’ll tell you right now.“

Lastly, it makes several references to a phone call in which, by the start of the year, an increasingly desperate Trump urged Sec. Raffensperger to "recalculate" the Georgia vote count because, "I just want to find 11,780 votes" - the margin that would give him victory.

"In sum, the President pressured the Secretary to conclude that he had won Georgia without regard to whether that was factually so," the report states. "President Trump’s incitement of mob violence against the Capitol is clearly part of a broader pattern of encouraging lawless behavior and official action where it serves to aggrandize his own power."