President Trump has come under fire for alleged vulgar language to describe some nations. 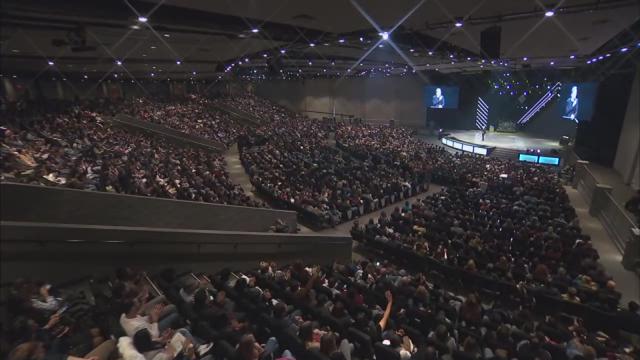 Gainesville megachurch pastor Jentezen Franklin, who is also a member of President Trump's ecumenical council, made a brief statement at the end of Sunday's service disagreeing with the president's statements regarding Haiti, El Salvador and African nations during a White House meeting late last week.

"I don't agree with what the president said about certain nations, and how that -- I'm not going to repeat his words," Franklin said. "But God loves, and God sees greatness, and when we get to Heaven, there's going to be people of every kindred and of every tongue and of every nation."

The congregation applauded Franklin's remarks. Trump has come under fire from individuals across the nation and around the world for his alleged remarks, which included vulgar language to describe nations during the bi-partisan Oval Office meeting Thursday afternoon.

Franklin is the pastor of Free Chapel, headquartered in Gainesville. Shortly after being named to the counsel, Franklin sat down with 11Alive's Cheryl Preheim about his first impressions.

Senator from Ga. does not remember Trump's alleged comment