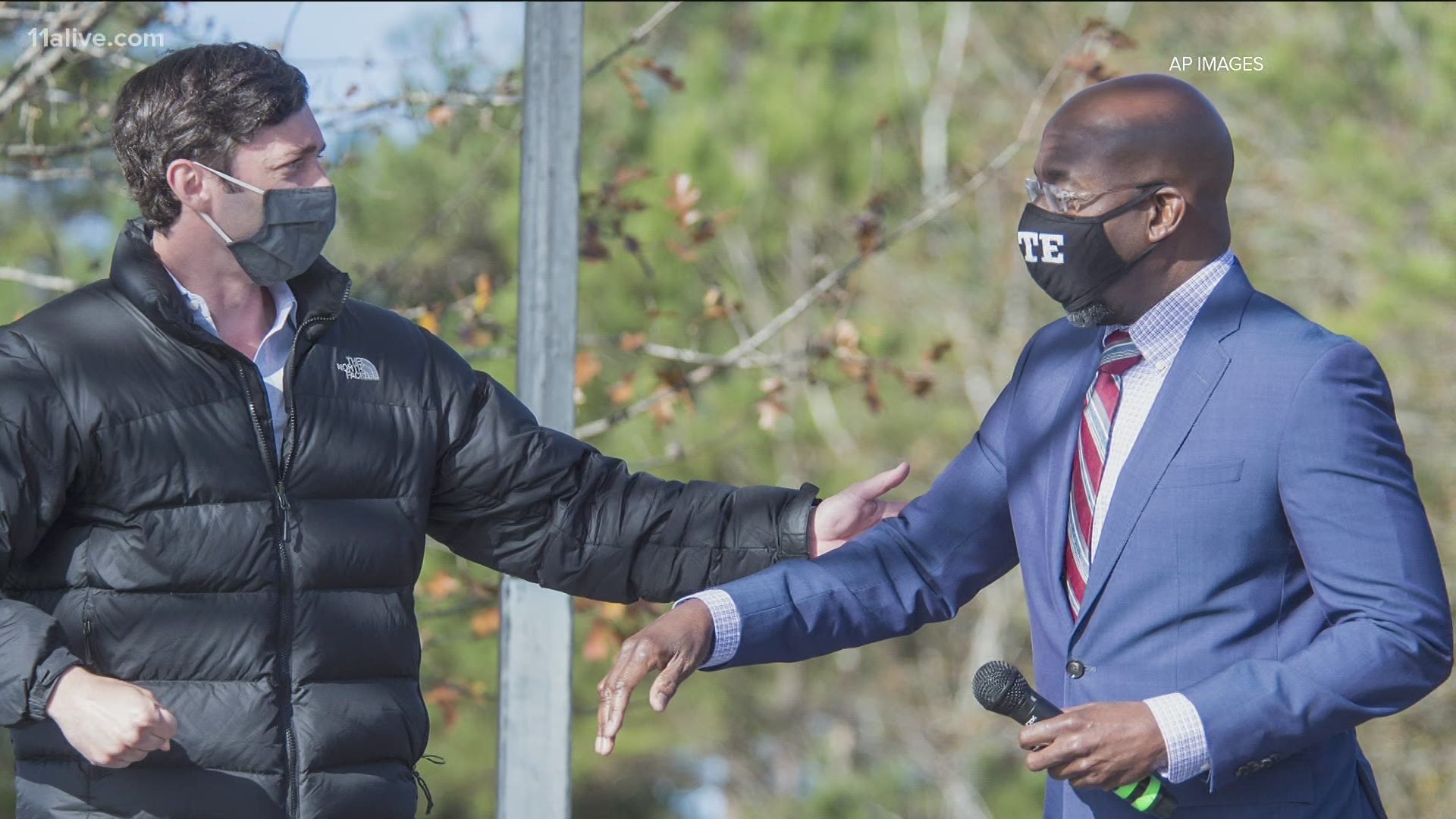 ATLANTA — A day after President Donald Trump was impeached by the House for the second time in his presidency, a week from its end, we turn our eyes back to Georgia where there are number of things to keep an eye out for on Thursday.

Among those are Gov. Brian Kemp's State of the State address and the steady progress Georgia counties are making toward finalizing last week's Senate runoff results.

According to the most recent figures from the Secretary of State's Office, 113 of Georgia's 159 counties have now certified their results. That leaves a little less than 30 percent still to go before that process is complete, the state can certify the total results and then Rev. Raphael Warnock and Jon Ossoff can be sworn in as U.S. senators.

At least one of the counties that has yet to certify is Bartow County, which voluntarily decided to do a hand count audit earlier this week. The county said it did not have any reason to believe there was any fraud involved, but wanted to conduct the audit to reassure the public in the wake of the contentious November election.

11Alive tracked updates as they came in Thursday. Please note all times below are Eastern. Here is a look at what happened.

2:00 p.m. | Rep. Bishop Sanford, now the dean of Georgia's congressional delegation after John Lewis' passing last year, did not speak during yesterday's impeachment hearing. But today he issued a lengthy statement citing the 14th Amendment in his decision to vote to impeach.

"President Trump has engaged in insurrection and has repeatedly said this is only the beginning. He must be removed," the representative said.

You can see his full statement below:

9:45 a.m. | Bartow County has reported its audit results, and finds "the overall margin of error was .01%." Here is the full story:

8:15 a.m. | Good morning! As we wait to see an update on where county certifications stand and what happened with Bartow County's hand audit, we're looking ahead to Gov. Kemp's State of the State address at 11 a.m.

We'll be streaming that here and on our 11Alive YouTube channel.