Only one Black person has ever served on the state board that regulates Georgia Power. A lawsuit is trying to change that.

The lawsuit targets the way the Georgia Public Service Commission is elected. 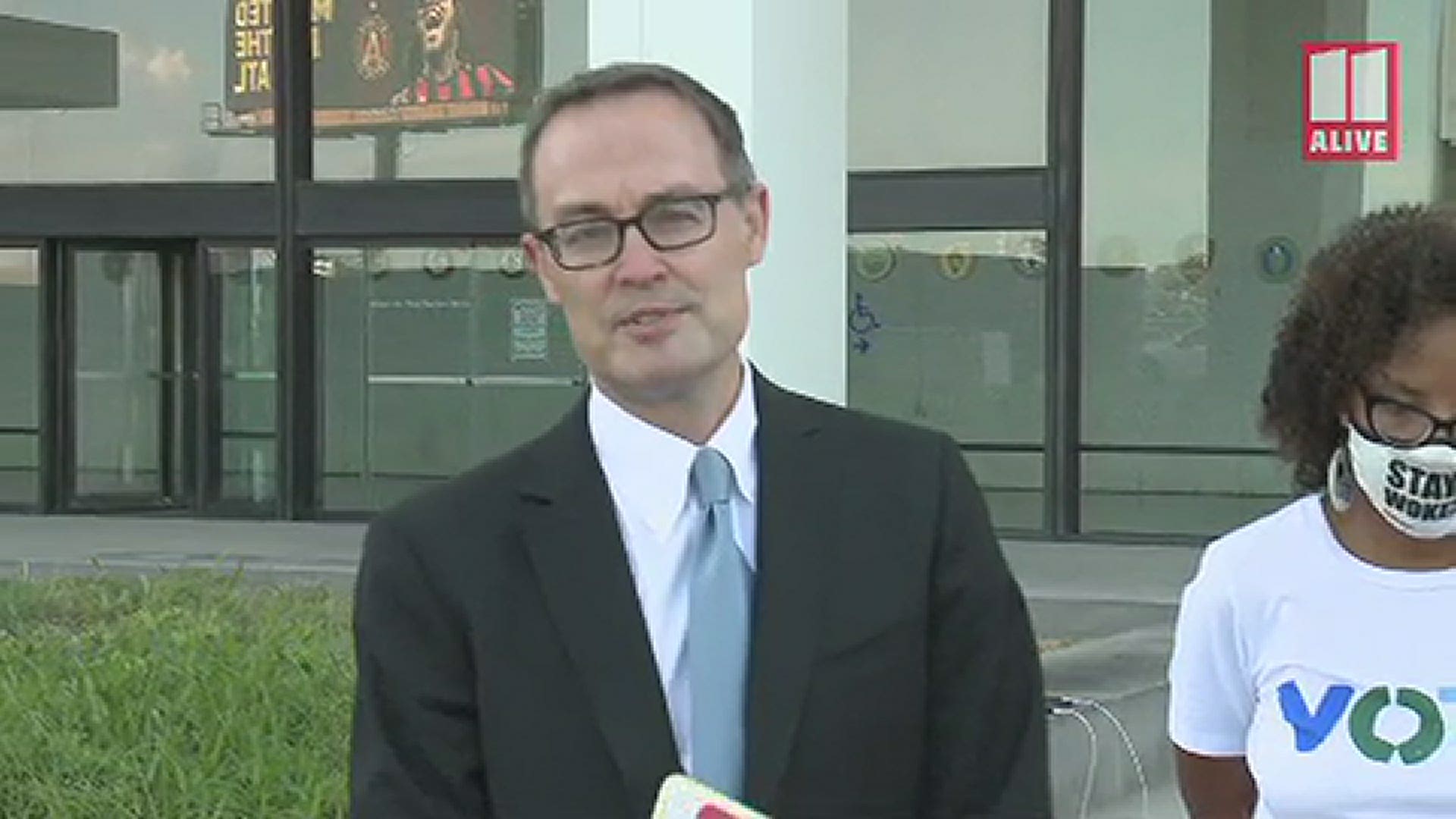 ATLANTA — Starting tomorrow, Georgia Power will again be able to resume disconnecting power from homes that have fallen behind on their bill.

Disconnects had originally been suspended through the authorization of the state regulatory board that oversees Georgia Power, the Georgia Public Service Commission. Now, advocates say that the commission is allowing disconnects to resume too soon, far from the end of the COVID-19 pandemic.

One of the reasons the commission is acting too soon, they believe, is because board members are disconnected from the concerns of people living under the weight of the pandemic, which has struck Black communities especially hard. And a significant reason for that disconnect, they say, is because the board is entirely white.

They're launching a lawsuit that will change that, striking at the very way the board is formed.

It is done with a statewide vote, and in theory they can easily win election without the support of the actual district they represent.

That has, in the 141-year history of the commission, resulted in only one Black person, David Burgess, ever sitting on the commission - and that was because he was specially appointed by the governor and then re-elected once.

The lawsuit, representing plaintiffs who are being represented as individuals, though they are all aligned with various activist groups, says that lack of representation is because the statewide votes for the commission dilute the voting power of Black Georgians. The suit is challenging the structure of the commission elections as a violation of the Voting Rights Act.

"What we're asking for is fair representation on the commission," said Brionté McCorkle, one of the plaintiffs and the director of the group Georgia Conservation Voters. "The current wave of the seats are elected as a statewide election. We believe that this is not allowing Black voters to pick candidates that truly represent them or pick candidates that are interested and committed to making sure our needs and voices are heard when decisions are being made."

The Public Service Commission may not make a ton of headlines, but it can have a profoundly personal impact on voters - namely, on their power bills and gas bills.

Its website says that the five commissioners "make decisions that affect the lives of every Georgian each time a telephone is picked up, a light is turned on, a gas burner is used."

"In fact, very few governmental agencies have as much impact on peoples' lives as does the PSC," the site says.

It is that deeply personal impact made, the activists say, by commissioners not personally close to the people being impacted that has them frustrated by the lack of representation. The dynamic was most evident, they argue, in the decision to once again continue with Georgia Power disconnections.

"We have a Public Service Commission that voted to end the moratorium on shutoffs. Black folks are struggling to pay their bills before COVID - and COVID hasn’t ended. If you needed an extra job or extra shifts just to keep the lights on, just to keep food on the table before COVID, you're really struggling now," said Wanda Mosley, another of the plaintiffs who works for the organization Black Voters Matter. "And to watch this Public Sergice Commission act so egregiously against Black voters, knowing in the back of my mind that in those other parts of the state, those rural areas, their votes are watered down because of this system - it doesn’t give them a chance to hear from or even elect someone who lives in their area, who can appreciate and lives the same concerns that they live. I can't predict an outcome, I don’t know who would win, I don’t know how they would govern, but this current system I do know prevents them from even having that chance, so the system is unfair."

A release pointed to other actions made by the Public Service Commission the activists disagreed with: "The consequence has been that the PSC has voted repeatedly to take actions that hurt the Black community. Some examples are allowing Georgia Power to charge customers in advance for the construction of Plant Vogtle; voting to raise energy rates, increase mandatory monthly bill fees, and establish residential demand charges in 2019; voting to resume power shutoffs in the midst of the COVID-19 pandemic; and allowing Georgia Power to pass COVID-19 costs along to consumers. The burden of all these actions falls most heavily on Black customers and Black voters."

According to the lawyer representing the plaintiffs, there are two seats up for reelection this year that, given the timetable for lawsuits such as these, will almost certainly not be impacted by the legal action. But they hope it could have an impact on the 2022 races.