Rep. Andrew Clyde and another Republican lawmaker were reportedly fined for entering the House chamber without going through a new metal detector. 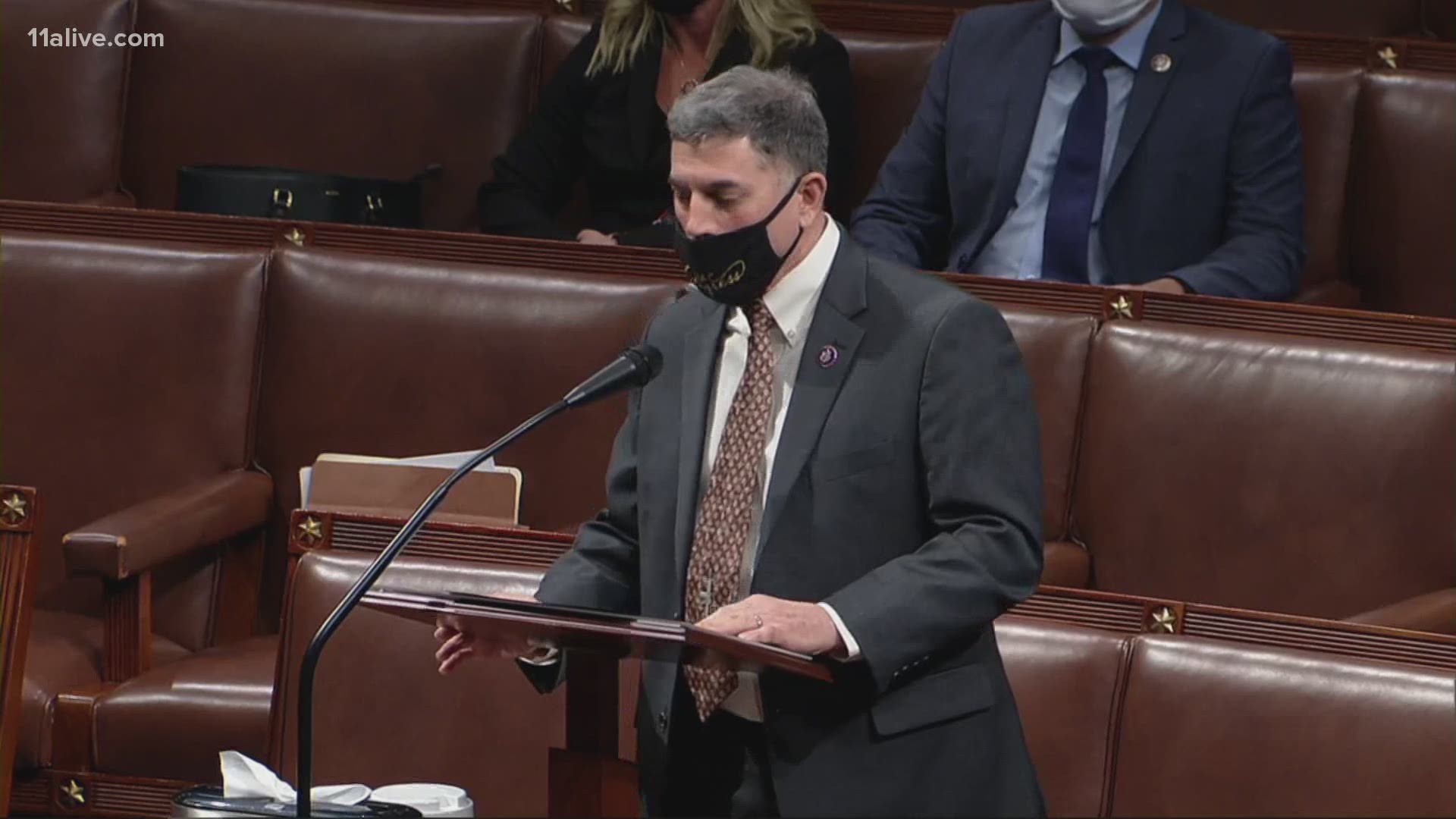 The metal detectors were installed following a pro-Trump mob's storming of the Capitol in early January, as they sought to stop Congress' counting of the presidential Electoral College votes.

According to NBC News, citing an unnamed "senior Democratic aide," Clyde and Texas Rep. Louie Gohmert were both fined for bypassing the metal detectors, which have raised objections from a number of Republicans.

House Democrats pushed through a measure this week to impose the fines, after one Republican, Maryland Rep. Andy Harris, tried last month to bring his gun into the House chamber.

House Speaker Nancy Pelosi said it was "beyond comprehension why any member would refuse to adhere to these simple, commonsense steps to keep this body safe."

Lawmakers are exempt from some laws restricting the carrying of firearms around the Capitol, if they're not loaded and wrapped securely, and they may also store them in their offices. They are not allowed to bring them into the House or Senate chambers "unless assigned or approved by the two Sergeants of Arms for maintenance of adequate security."

After the fines were put into place, Republicans on the Administration Committee accused Speaker Pelosi of breaking the new rules herself by "entering the House Chamber without completing security screening" at about 10 a.m. on Thursday.

Pelosi has not yet responded to the charge.

11Alive has reached out to Clyde, a Navy vet and Athens gun store owner, for comment on the reported fine.

Gohmert, in a statement, said he had complied with the metal detector screening on first entering the House Chamber and that, "I have been complying for weeks," but objected to being re-screened as he came back from using the restroom.

The Texas Republican said he would be appealing the fine.