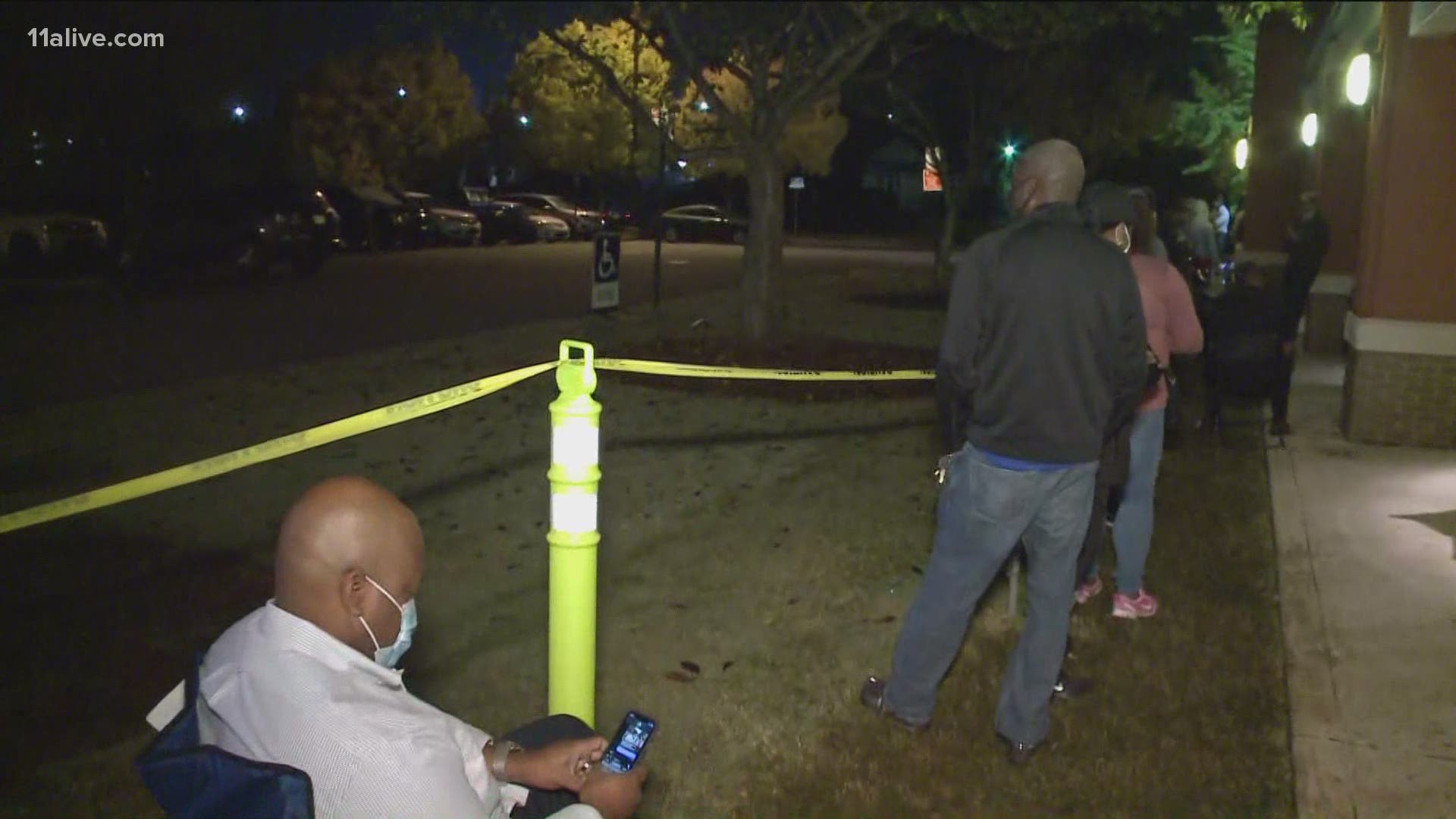 The first day of early voting in Georgia began with issues. Long lines were reported across metro Atlanta.

Voters at precincts in Fulton County reported long lines and delays in the polls' opening. Some said they had been in line since the polls were supposed to open and two hours later had not votes.

The Secretary of State’s office said, “Georgia is seeing record turnout for early voting because of excitement and enthusiasm of the upcoming election. Long lines are to be expected—voters need to be aware of all of their options including three weeks of early voting, no-excuse absentee and in-person voting day of the election.”

11Alive’s Nick Sturdivant was at State Farm Arena, Fulton County’s largest precinct for early voting, and he said no one voted for and extended period of time.

Fulton County said a "small technical glitch" prevented people from voting but it is now resolved. Nick said he was told the issue was with the polling pad system used to check voters in.

Arena told me some machines are down, but it’s a statewide issue. Spoke with a woman in line who said she’s been waiting for about 45 min. Appears that no one is voting. #11Alive pic.twitter.com/NHe0EgEXjW

In South Fulton County, Cynthia Spence sent pictures from the line at Wolf Creek Library. She said she'd been in line since 7:30 a.m. and still hadn't voted at 9:30 a.m.

"Cars are parked up and down Union Road- this is amazing!!" she said.

11Alive has reached out to county election officials for information about what’s happening at their locations.

RELATED: How election officials are keeping voters safe at the polls

Gwinnett County said they have no reports of machines being down and said voters are casting ballots. They did say they opened polling with long lines.

Cobb County said they had a technical issue when polls first opened but it has been resolved.

DeKalb County said they are not having issues with the voting machines. There are long lines at some locations.

1 / 22
WXIA
The first day of early voting at the State Farm Arena.