The results gave Democrats control of the U.S. Senate. 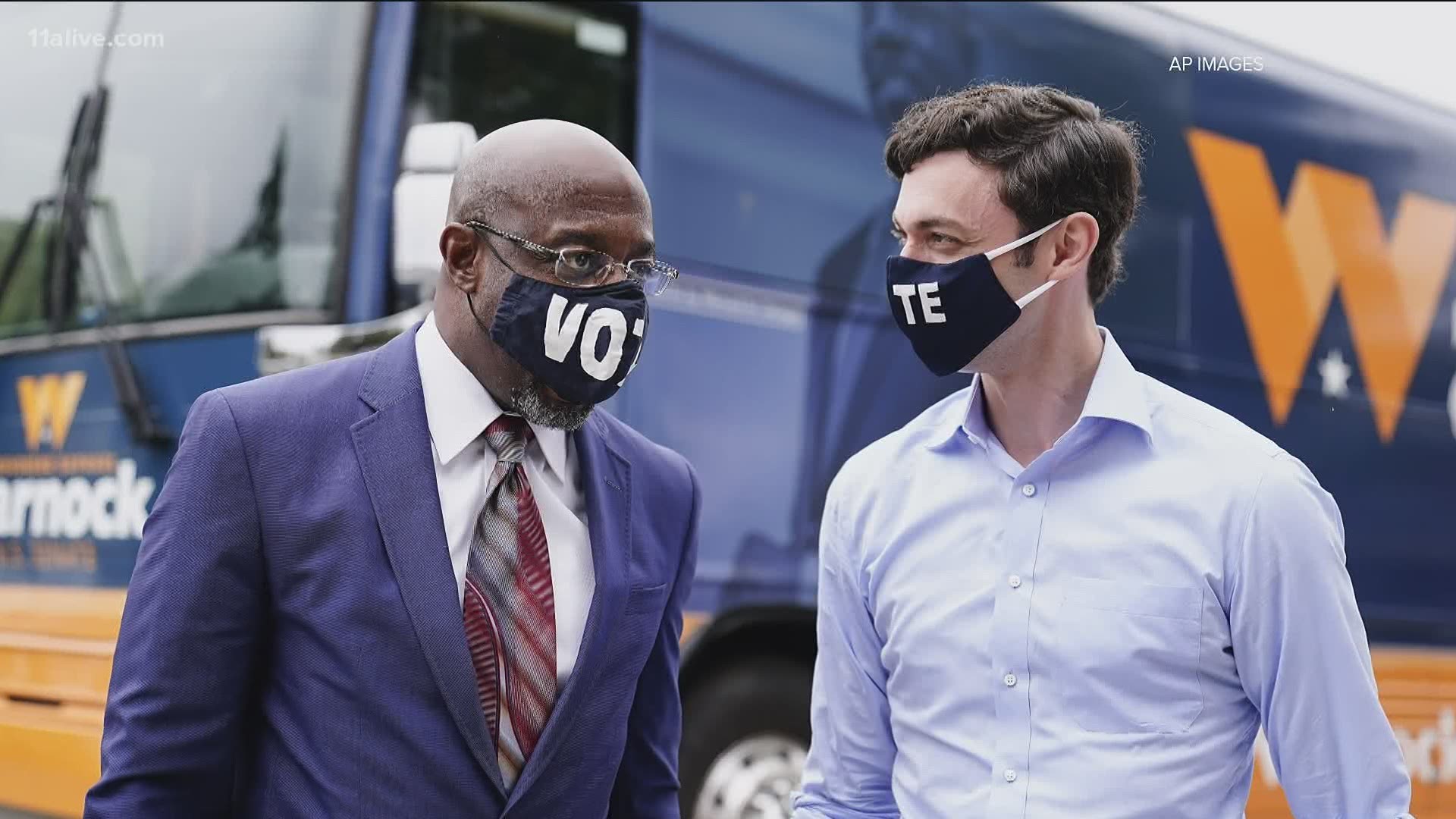 The results gave Democrats control of the U.S. Senate.

The lawsuit was meant to void the elections of Reverend Raphael Warnock and Jon Ossoff to the U.S. Senate.

Superior Court Chief Judge Brian Amero ruled that Daughtery's arguments have already been rejected by judges in other lawsuits. Amero agreed with the past judgments and said the issues Daughtery bought forward as evidence happened in November — not during the January runoff.

The judge also agreed the lawsuit was not properly served on Warnock and Ossoff.

Now, a Fulton County resident said he plans to appeal the ruling.

Attorney General Merrick Garland announced back in June that the U.S. government would sue the state of Georgia in an attempt to nullify portions of the voting law enacted this year.

Since the law was signed by Gov. Brian Kemp in March, it's been targeted by Democrats who have witheringly criticized it as an attack on voting rights and equivalent to "Jim Crow 2.0."

On Friday, the Justice Department effectively endorsed that line of criticism.

Garland said the law, SB 202, was "enacted with the purpose of denying or abridging the right of Black Georgians to vote on account of their race or color."

A press release issued by the Department of Justice said the purpose of the suit was to "stop racially discriminatory provisions" of the law, and in a fact sheet the department said it is alleging in its lawsuit that "the cumulative and discriminatory effect of these laws — particularly on Black voters — was known to lawmakers and that lawmakers adopted the law in spite of this."

In a word, the government is calling Georgia's voting law racist. The lawsuit is intended to stop much of it from being implemented.

RELATED: Why is the government suing Georgia over its voting law?