Georgia voters could have paper ballots, voting receipts for elections

A bill in in the State Capitol would change the way Georgians vote. 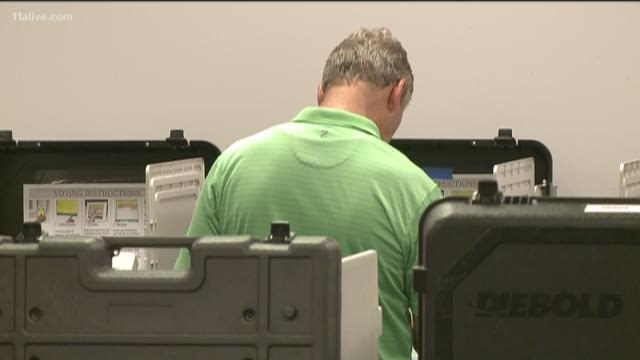 For 16 years, Georgia voters have used touch screen computer terminals to decide elections. In a world where smartphones only last a few years, the voting terminals are downright ancient, according to state Rep. Scot Turner (R-Holly Springs).

"It’s old. It needs to be replaced because of its age. It uses an operating system for example that’s no longer supported. You see counties resorting to buying spare parts online," Turner said.

Turner is sponsoring a bill that would replace the existing touch screens with paper ballots that can be optically scanned by computers. Think SAT tests, where users fill in circles alongside the correct answer. Voters doing so would turn in the paper which elections officials would then scan with computers and keep the paper as a backup.

The bill would require an upgrade costing as much as $35 million if it passes.

"Every voter would have a piece of paper in their hand that they can self verify as a step in our voter security, and then you’d have a process on the back end to make sure the votes are being counted correctly," he said.

Georgia Secretary of State Brian Kemp doesn’t dispute the state’s voting technology is aging. “Any meaningful proposal to replace Georgia’s voting system must involve not only our voters but also the hundreds of elections officials stationed around our state,” Kemp, who is running for governor, said.

If the paper ballot bill passes this year, it wouldn't take effect until 2019.