In many instances voters have headed to the polls, donning masks and spacing themselves out in line, only to find themselves waiting hours. 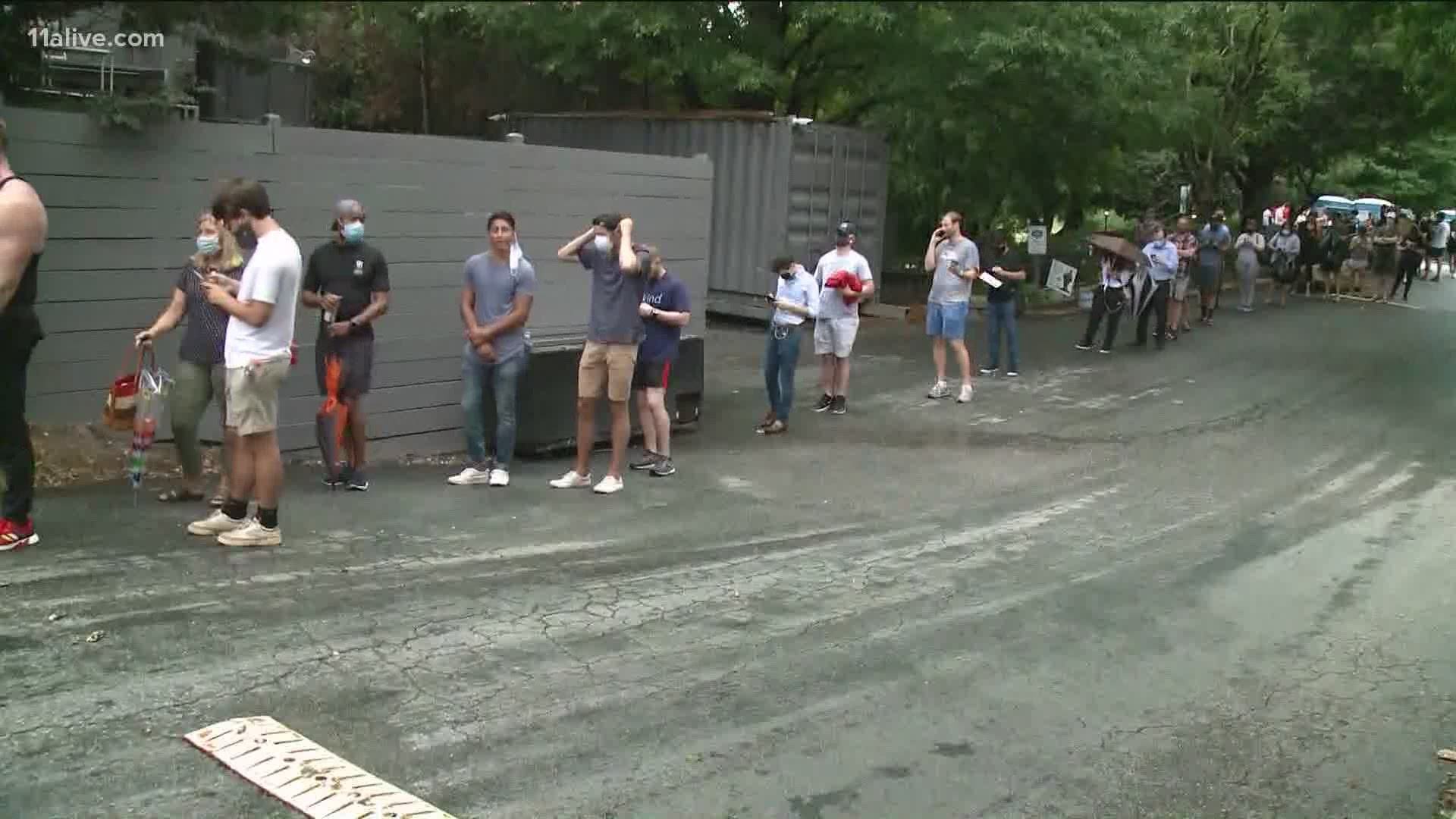 ATLANTA — Significant voting system failures have been reported throughout the metro Atlanta area, from malfunctioning voting machines to precinct locations with no new machines whatsoever, in an ominous sign for Georgia's much-contested new voting system.

Voters have reported issues in essentially every single metro Atlanta county, from Canton to Riverdale to nearly every corner of the city of Atlanta.

Many of the issues voters have described to 11Alive have involved machines malfunctioning or not functioning at all. In a statement, Georgia Secretary of State Brad Raffensperger's office said there were not technical issues with voting systems, but that there were reports of organizational mishaps.

“So far we have no reports of any actual equipment issues. We do have reports of equipment being delivered to the wrong locations and delivered late," the statement said. "We have reports of poll workers not understanding setup or how to operate voting equipment. While these are unfortunate, they are not issues of the equipment but a function of counties engaging in poor planning, limited training, and failures of leadership. Well over 2,000 precincts are functioning normally throughout the state of Georgia.“

“We are hearing anecdotes from around the state – particularly in Fulton County – this morning of unacceptable deficiencies: poll workers not being properly trained, voting equipment not working and absentee ballots not being received among other issues. Our poll workers give of their time to serve Georgians, and they do not deserve to be blamed for systemic problems beyond their control," Speaker Ralston said in a statement. "The legislative branch of government has an obligation to go beyond the mutual finger-pointing and get to the truth and the real reasons underlying these frustrations and concerns."

He said the committee would "investigate today’s primary elections process and recommend changes – legislative or administrative – to correct these issues and prevent future problems.”

Voters reported issues with provisional backup paper ballots, as well, in instances being incorrect or missing and, in one example, there not even being pens at a precinct for the backup ballots.

With voters waiting multiple hours with no indication of a fix, viewers have reported seeing many people simply give up and leave.

"This seems to be happening throughout Atlanta and perhaps throughout the county. People have been in line since before 7:00 am this morning," Atlanta Mayor Keisha Lance Bottoms wrote on Twitter, reporting some of the issues herself. "If you are in line, PLEASE do not allow your vote to be suppressed. PLEASE stay in line. They should offer you a provisional ballot if the machines are not working."

One voter also reported finding deep confusion with poll workers over the issue of people who requested, but did not receive, an absentee ballot. She said she had to sign an affidavit stating she'd made the request.

"Nowhere at the polling place is it communicated to voters that if they requested an absentee ballot but did not receive it, they have to explicitly say so when checking in," Tara Winston wrote to tell us. "I'm concerned that the votes of those who do not take this step may not be counted."

She added that when she brought this to the attention of a poll worker, she had to do "real-time training" on the spot in how to handle the issue.

In another report representative of the kinds of failures the system is experiencing, a voter in Lilburn told said that her precinct never even received the new voting machines at all.

She said everyone was asked to complete a provisional ballot.

As some people just left the poll workers apologized, she said, but there was nothing they could do.

Seeing, hearing about or having issues yourself at the polls today? Email us at news@11alive.com