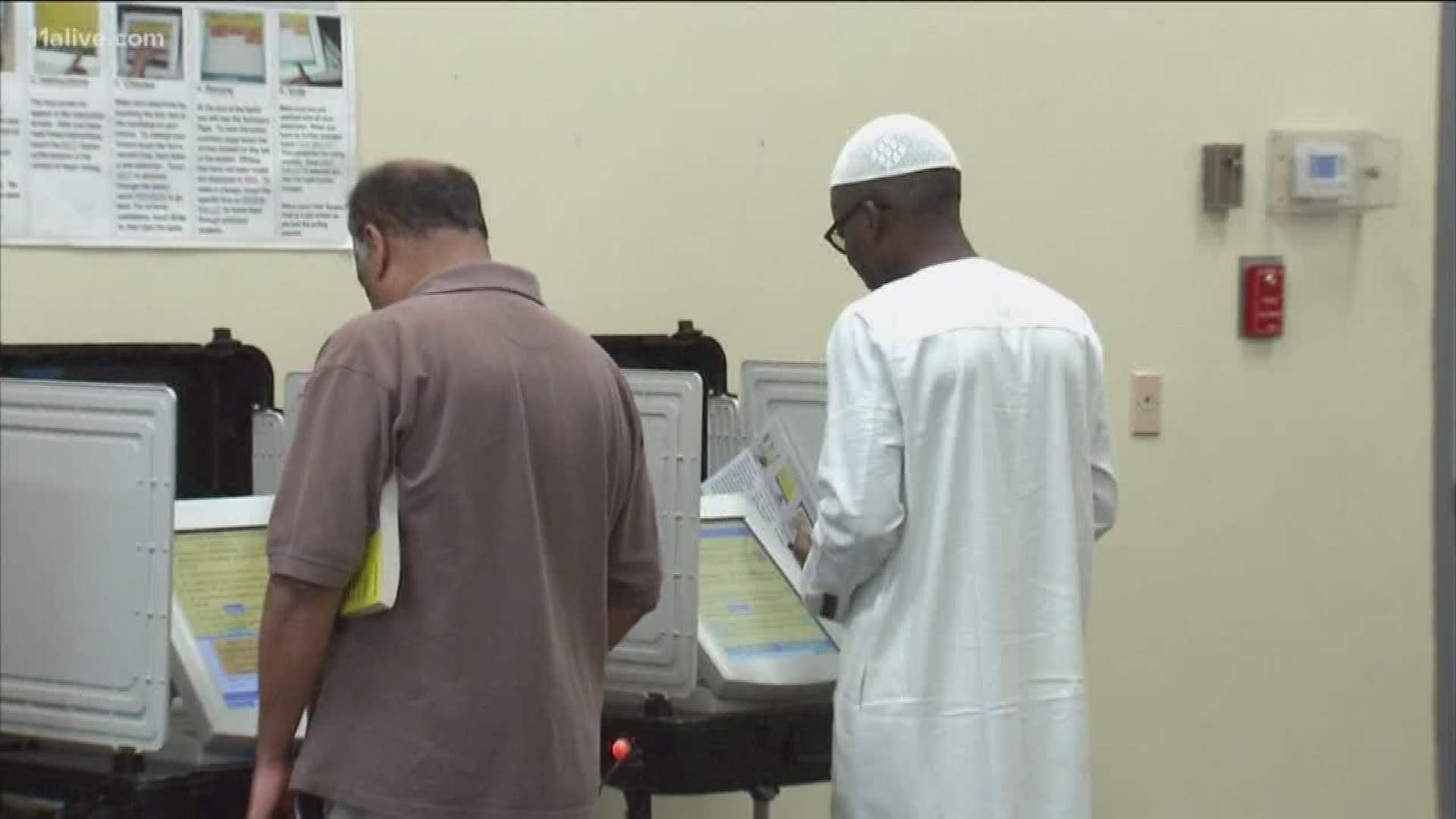 Following a contentious 2018 election season in Georgia, the state's election system is now under investigation by the federal government.

Cummings is the chair of the Democrat-led House Committee on Oversight and Reform. He’s not just asking for documents connected to Georgia’s elections – he’s also requested documents related to Kemp’s run for governor last year while overseeing the state’s elections system in his former position as Secretary of State.

Kemp eventually resigned as secretary, late in his bid for the governor's office.

The battle for the governor’s office between Kemp and Democrat Stacey Abrams didn’t end quietly last November. It dragged on with several lawsuits filed by Abrams’ supporters and civil rights leaders, who demanded transparency after voters experienced long wait times at polling booths and told stories of voter suppression across the state.

Kemp reacted to the letter Wednesday afternoon while announcing the implementation of the state’s new sexual harassment policy.

“They need to quit playing politics up there,” Kemp said, referring to Washington. “We’ve got our farmers and our people in south and southwest Georgia that have been waiting on them to act.”

In Cummings’ letters, he asked for documents of voter roll purges and voter registration issues. He also asked for documents related to polling places that had been shut down or consolidated, including in Randolph County – a rural community with one-third of residents living below the poverty line that is about 60 percent black. The ACLU argued that closing these locations would affect voter turnout and might even violate the Voting Rights Act. In the end, several polling locations were kept open.

Cummings also asked for details of voting machine issues in Cobb, DeKalb, Fulton and other counties. During the midterm race, even Kemp ran into issues trying to vote using one of the state’s outdated voting machines in his hometown of Athens.

RELATED: Brian Kemp gets faulty voter card at the poll on election day

Debate swirled during the election about Kemp’s ability to oversee a fair election while running for governor, with many asking that he step down. Cummings has also asked for documents about that.

Cummings sent his letters only weeks after several other Democratic representatives held a hearing in Atlanta on voting rights and elections. The viewpoints of Democrats dominated the hearing, with Abrams as its star witness.

The House Committee on Oversight and Reforms is charged by Rep. Cummings and is made up of 24 Democrats and 18 Republicans.

11Alive’s Joe Henke reached out to both Kemp and Raffensperger’s offices to see if they plan to respond to Cummings’ letter – but has not received a response.