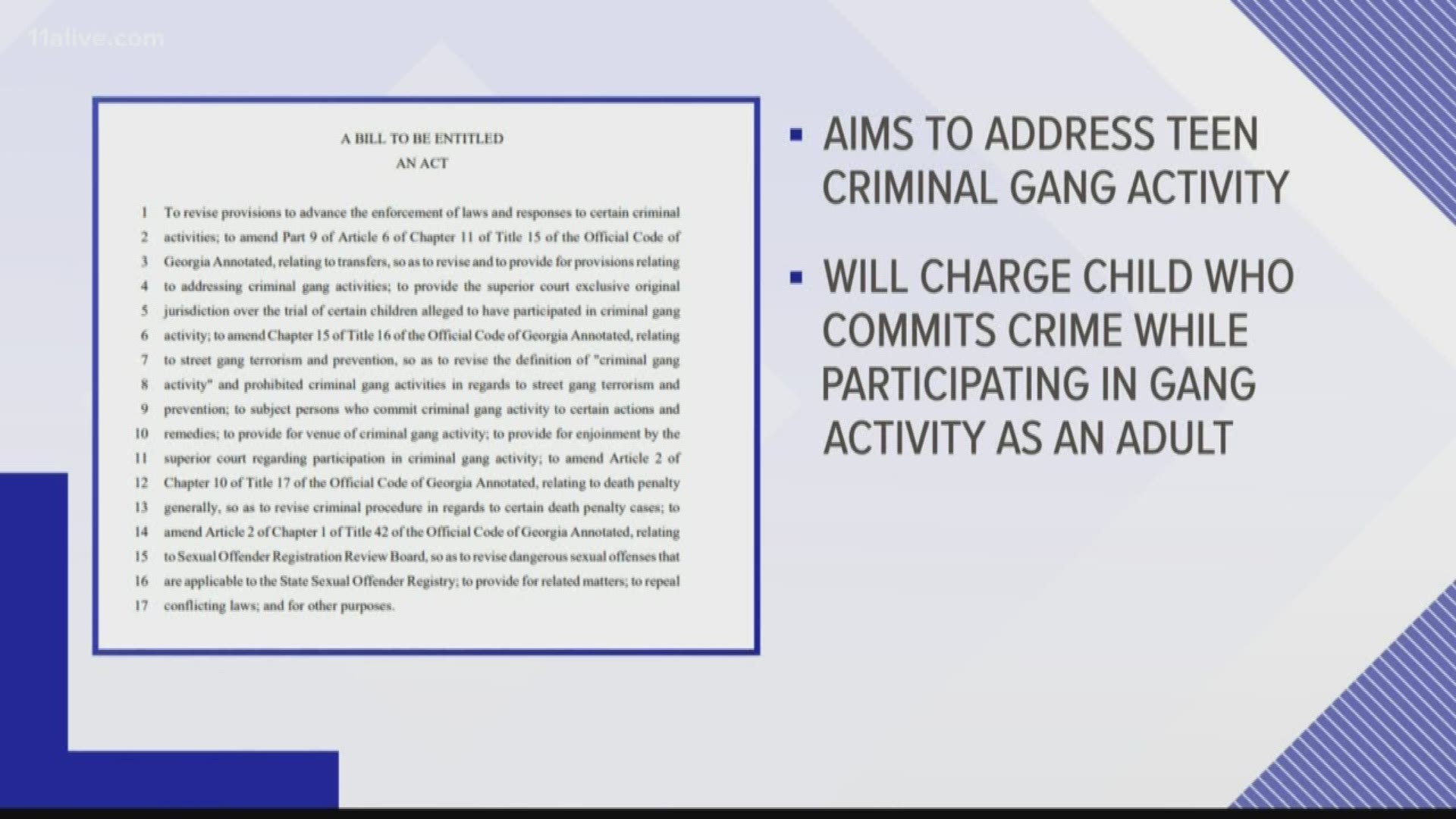 ATLANTA — Governor Brian Kemp is keeping his promise to crack down on gangs. He introduced a new house bill to do it, but some critics say it goes too far.

"It seems as if we’re going backwards on criminal justice reform," said Gerald Griggs of the NAACP.

He sees the governor’s newly proposed gang bill as way to target black and brown communities.

"Under the guise of public safety we’re starting to criminalize a culture," he said.

It will fast track a child who commits a crime while participating in any criminal gang activity to adult court.

"We send you to gold dome to come up with solutions, not to criminalize children," said Griggs.

The bill defines a criminal street gang as an organization, association, or group of three or more persons associated formally or informally who take part in criminal gang activity.

"I think that it opens up some serious constitutional challenges to the bill, but also some application problems and we already have issues of profiling, he said.

“My message to any gang-member in this area, or anywhere in the state of Georgia, you should move to Florida or South Carolina," said Governor Brian Kemp in Savannah in December.

RELATED: Governor to gangs: Move to another state

Since Kemp took office, the Georgia Bureau of Investigation has created a gang task force. In 2018 the FBI told 11 alive there were 50,000 active gang members in metro Atlanta. GBI says there are at least 71,000 across the state from more than 1,500 gangs.

Griggs thinks the bill takes action to an extreme.

Earlier this month a street gang database created by GBI went live.It allows police and sheriff's agencies across the state to upload information on gangs, members, and associates.

It is similar to a gang database in California. Some Los Angeles Police officers are currently under investigation for falsifying records on the California database, NBC4 in Los Angeles reports.

Years after deadly crash, victim's mother and driver work to make a change