GOP conventions around Georgia pushing for David Ralston to resign 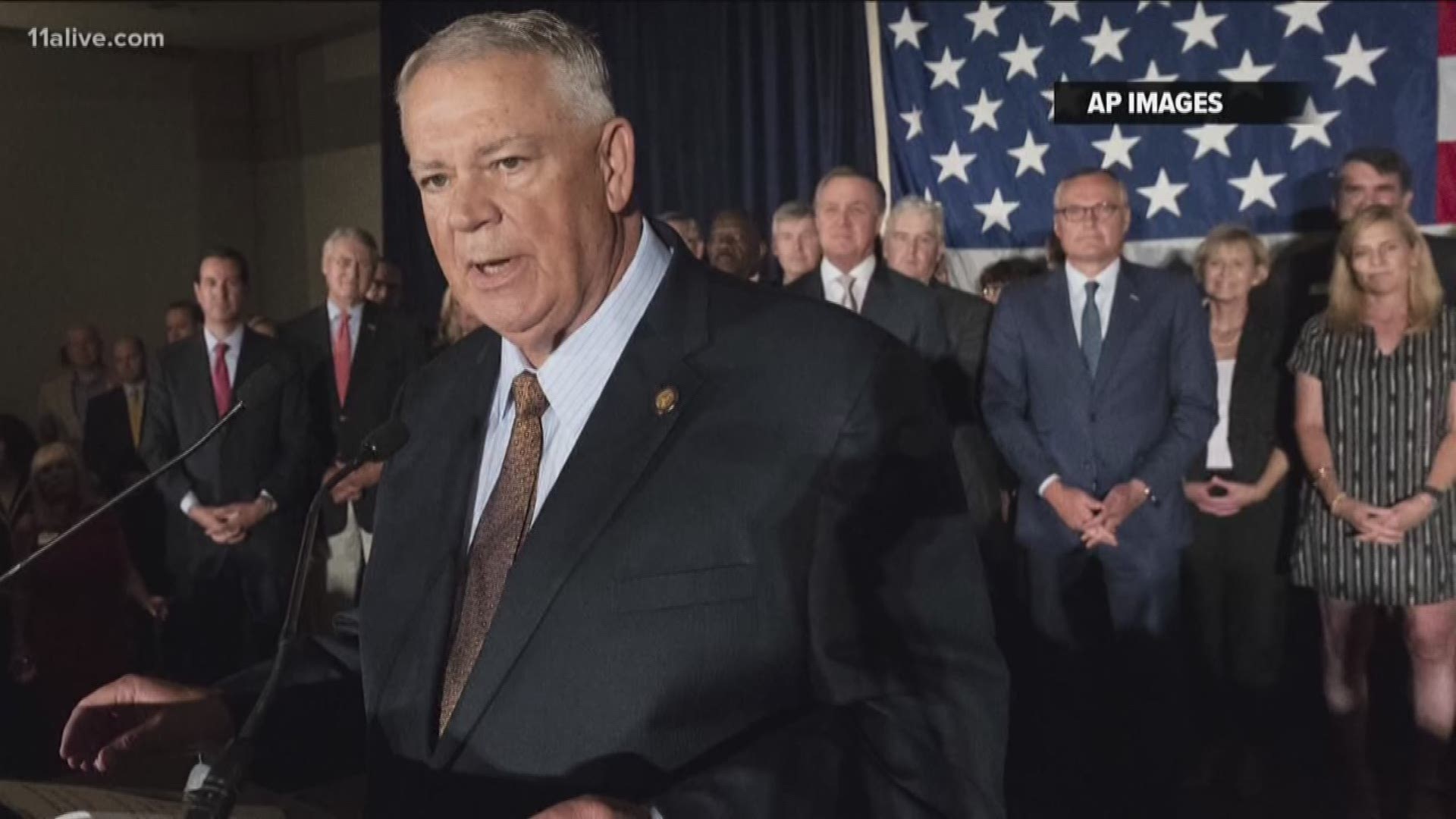 ATLANTA — A resolution tied to a movement to oust Georgia House Speaker David Ralston has been signed by multiple Republican conventions in Georgia.

The resolution, which insists Ralston resign was signed by at least nine GOP county conventions across Georgia.

They face charges ranging from enticing a child to assaulting sheriff's deputies. Ralston has defended himself citing a statute allowing lawmakers to postpone cases to attend to their legislative duties.

According to Rep. David Clark (R) of Buford who introduced the resolution, each county involved held their conventions on Saturday ahead of the state convention which will be from May 16 to 18 in Savannah.

"This shows people are upset and it shows how the state feels - how the people feel," Clark told 11Alive.

The counties that passed the resolution to demand Ralston resign included Coweta, Cherokee, DeKalb, Gwinnett, Bartow, Fayette and Camden among others.

"This is huge in showing these county parties calling out the Speaker of the House," Clark said. "It's a big deal. This shows that many counties are very upset."

Clark added that it's time to put pressure on the speaker to resign and said he is "looking forward to Monday" when the session resumes.