One state Senator says his constituents 'think there was something not kosher about the election,' and want him to do something about it. 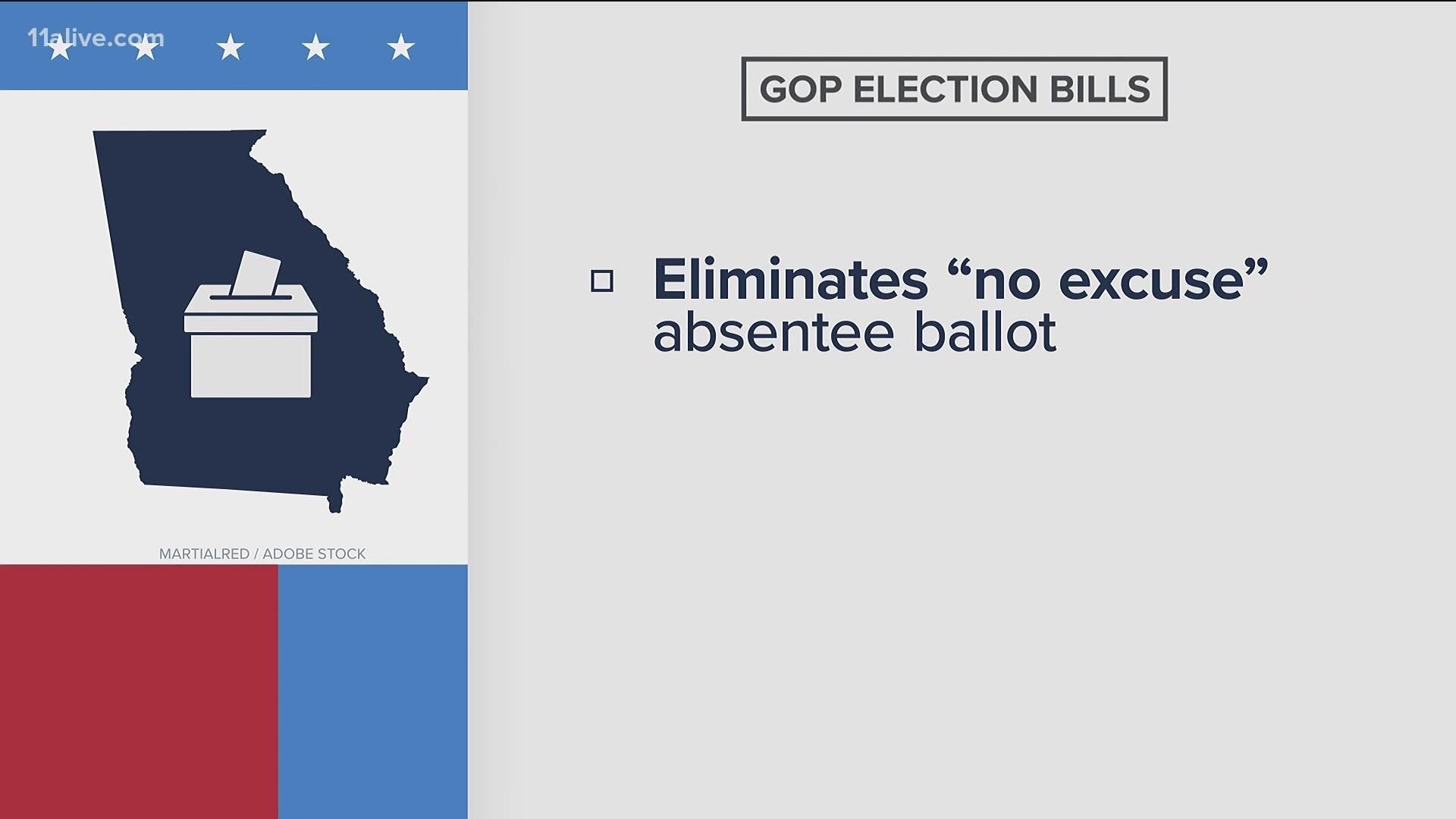 ATLANTA — Nine new election bills were introduced in the state Senate on Tuesday. Each of them was written to restrict absentee ballots and curb voter registration, among other things.

Before the 2021 Legislative Session even started, Republicans upset about the November election promised to deliver a package of bills to change voting laws. This is it.

Sen. Jeff Mullis (R-Chickamauga) sponsored most of them, with the backing of the state Senate Republican leadership.

Mullis lives in northwest Georgia -- in an area that overwhelmingly supported President Donald Trump in the November election.

"I was listening to my constituents. They think there was something not kosher about the election," Mullis told 11Alive News. "I don't know whether I agree or not. However, we're going to make sure the ballot box is secure."

"The biggest problem is now, they are trying to prohibit access to the ballot. That's all this is," said state Sen. David Lucas (D-Macon). "That's all it is. We won. We won in this last election."

Mullis said his bills are not designed to benefit either party.

"We are reacting to our constituency," he said. "We want to restore confidence in the election. Whichever side you're on, you should want the same thing."

Some Republicans, like Lt. Gov. Geoff Duncan, have expressed reservations about eliminating no-excuse absentee ballots and enacting other restrictions.

One of Mullis's bills attacks a problem that critics of the election liked to talk about, but produced scant evidence of an actual problem.

Senate Bill 72 would require mortuaries to issue monthly reports to election officials in an attempt to document voters who are no longer alive, and remove them from voter rolls.

Mullis said he knows of one dead voter whose ballot was inadvertently cast in Dade County in 2020.

"It's not a huge, overwhelming thing," he said. "It has been in past elections, probably not this past one, though."

Mullis, who chairs the powerful Senate Rules Committee, says he expects changes as his bills head toward votes in the Legislature.