Georgia's governor's race is among the nation's most watched elections this fall. 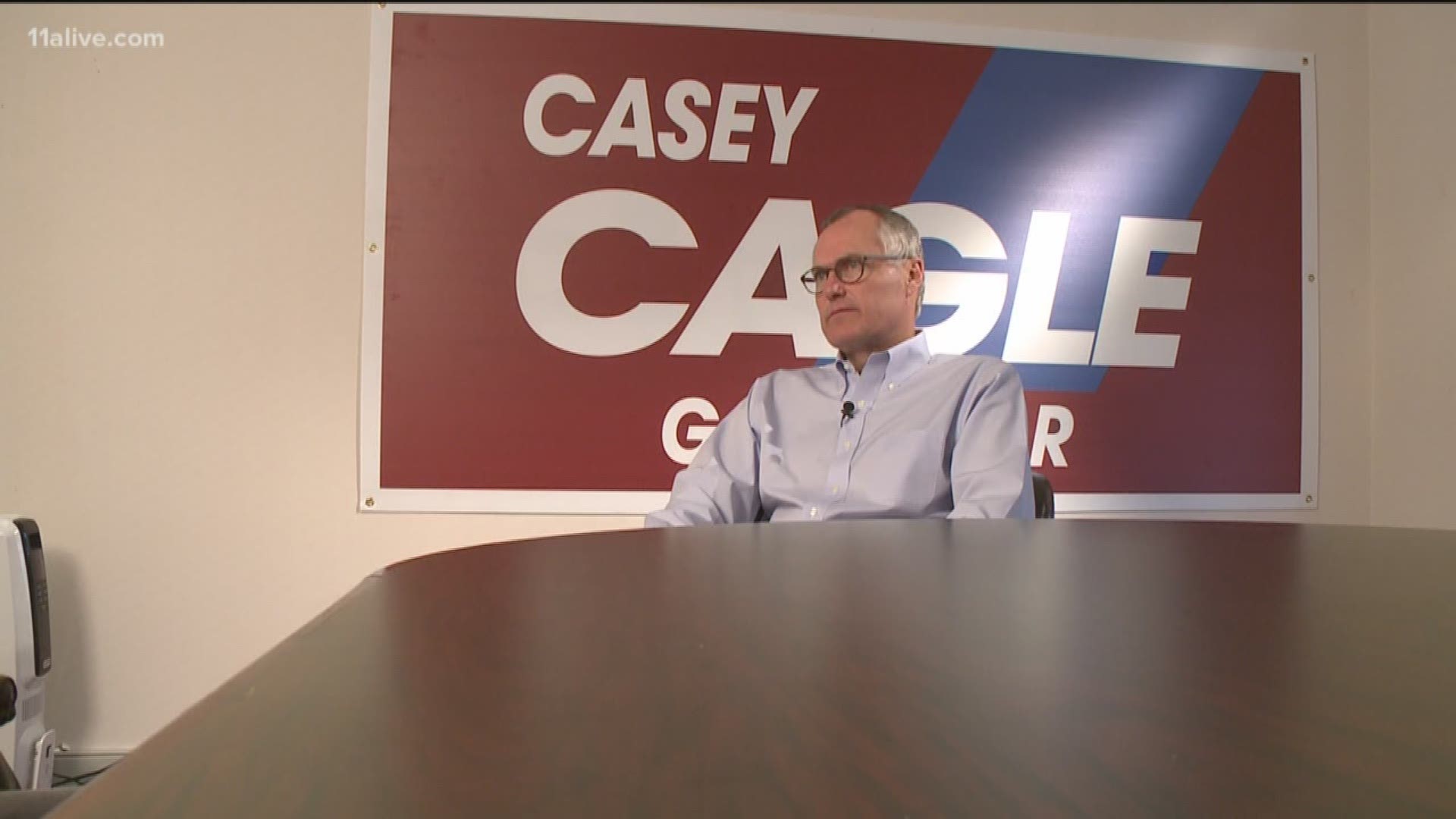 Just when both campaigns should be ramping up with enough positive energy to carry one of them across the July 24 finish line, both candidates spent pretty much all of last week battling allegations of unethical and improper behavior.

First came the release of a secretly made recording in which Cagle, Georgia's lieutenant governor, acknowledged he supported an education bill that was "bad public policy" but did so to thwart millions of dollars coming into a rival's campaign.

That alone prompted calls from within his own party for a criminal investigation.

Then, on Thursday, a New York Times article reported Cagle bought a downtown condo from a longtime lobbyist at well below market price and then sold it last year at a 29-percent profit.

“If you have any doubt that the New York Times is working hand in hand with Democrats to attack Casey Cagle, this confirms it," said Cagle campaign manager Scott Binkley. "They are acting as an arm of [Democrat Stacey] Abrams' campaign, from writing glowing profiles of her to singling out the only Republican who can beat her with a wildly slanted and unfair attack.

"The condo lost value for years after that purchase – dropping $50,000 according to the county – and the reporter admits the seller neither asked nor received legislative favors.”

Cagle and Kemp are vying for the chance to face Abrams to become Georgia's next governor this fall, in one of the nation's most watched elections.

Former GOP gubernatorial candidate Clay Tippins secretly recorded Cagle's comments about the education bill. “Is it bad public policy? Between you and me, it is," Cagle, who met with Tippins two days after the May 22 primary, said on the recording. "This is not about policy. This is about politics.”

Kemp is facing ethical issues of his own, facing criticism that he personally guaranteed a $500,000 loan that is now past due.

Rick Phillips of RLP Investments in Toccoa loaned Kemp the money for his business Hart AgStrong. Phillips now says Kemp "stiffed him" on the loan.

She also received the endorsement of the Human Rights Campaign, an LGBTQ civil rights organization.

Abrams also held a public education town hall this week in which she said she would be a "public education governor," as she seeks to further distance her campaign from Cagle's recent controversies.