Gov. hopeful: ‘I am going to fight for, and defend the people of Georgia, not illegal immigrants'

A candidate for governor says Democrats should be blamed for rape and torture of woman because of failed immigration policies. 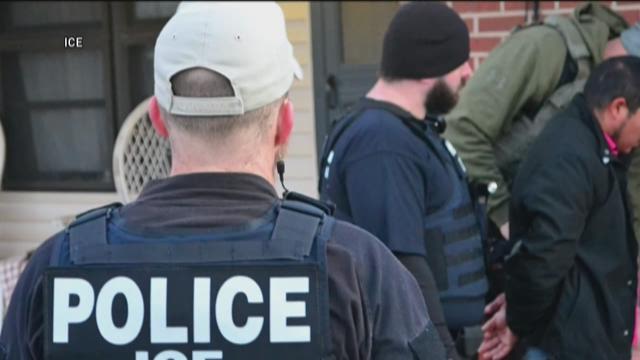 A conservative candidate looking to become Georgia’s next governor is drawing scrutiny for comments on his Facebook, claiming Democrats’ so-called failed immigration policies should be blamed for two tragic crimes in Gwinnett County.

The program is called 287(g), and Williams believes it could have played a role in stopping two separate incidents which involved illegal immigrants.

On May 12, multiple teens were charged for allegedly breaking into a Gwinnett woman’s apartment and assaulted and raped her in front of her children. Federal officials confirmed 19-year-old Josue Ramirez, one of those accused in the case, entered the U.S. illegally.

In another disturbing case, Isabel Martinez allegedly stabbed her entire family to death, leaving only one survivor. Homeland security confirmed she was also in the U.S. illegally.

In a statement on his campaign website, the state senator from Forsyth County wrote, “It is the Democrat policies that are out there that are opening up our borders allowing illegal immigrants to come into our country at free will. If that hadn't happened that horrible incident in Gwinnett County would have not happened either."

On Monday, 11Alive’s Joe Henke spoke to Williams. Williams said he isn't trying to gain politically from recent tragic events, but in his opinion, they show a failed immigration system.

"I'm in no way, shape or form trying to politicize these events,” he said. “But we do need to be made aware that they are happening and it is because of the policies that the democrats and the liberals are pushing.”

However, one immigration advocate told 11Alive 287(g) could do more harm than good. Azadeh Shahshahani with advocacy group Project South said expanding a program like it could dissuade undocumented immigrants from talking to police when they witness, or become victims, of crime.

"Immigrants and people of color in our communities are going to feel less safe again talking to the police about anything, if that would mean that they could potentially be placed in deportation proceedings,” Shahshahani. “That, as a result, would lead to less safe communities for all of us."

Still, Williams believes that if 287(g) were already state-wide, there would be less of these incidents.