The commissioner is accused of nearly 40 counts of mail fraud, wire fraud and money laundering in a $2 million scheme. 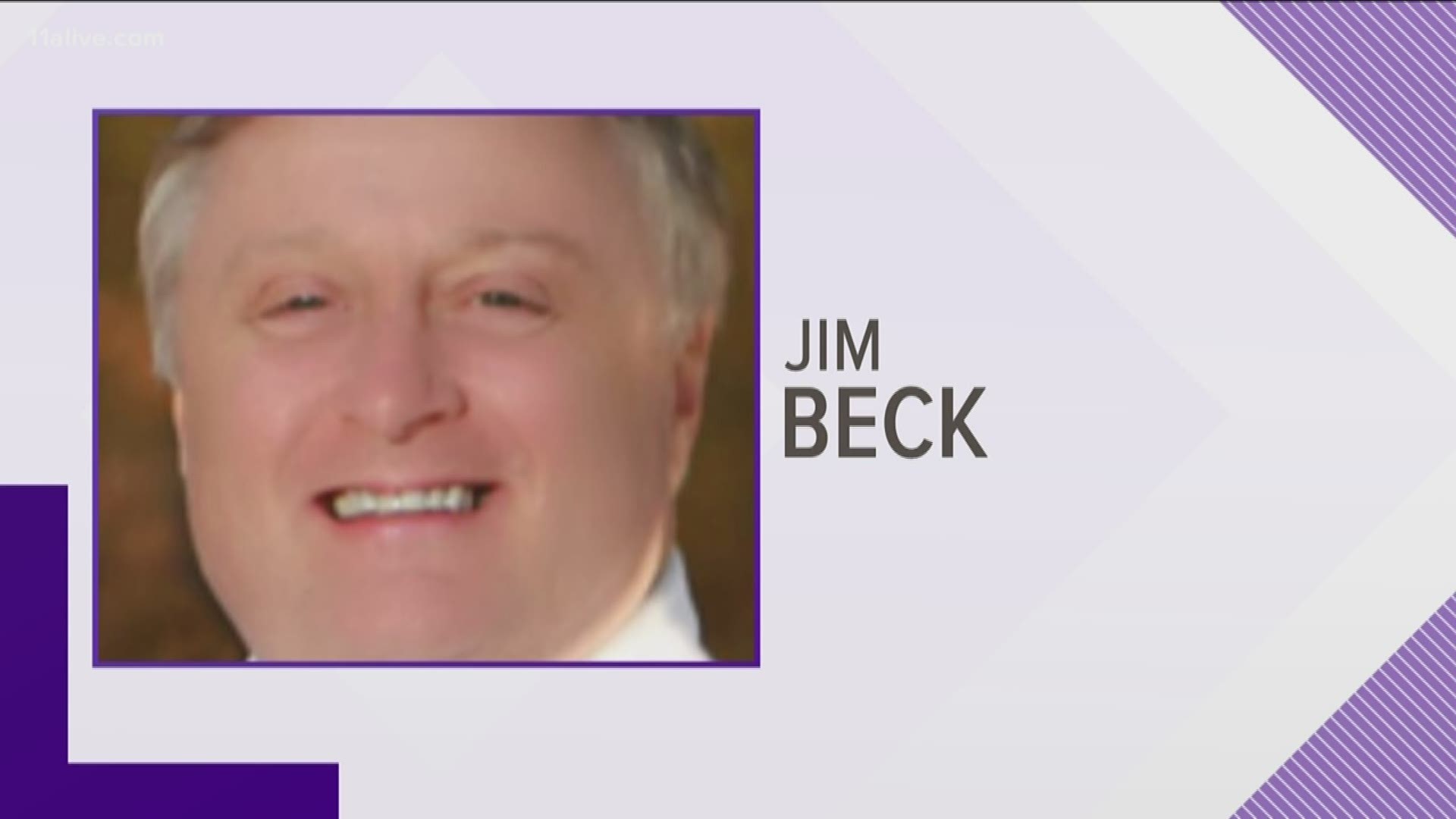 In a letter, Kemp asked for Georgia Insurance and Fire Safety Commissioner Jim Beck to step down from the post, after the US Attorney indicted Beck Tuesday on charges connected to creating fake companies to defraud insurance companies of at least $2 million.

"Your indictment severely undermines your ability to fulfill your official obligations to the people of Georgia," the letter reads.

The indictment alleges Beck committed the crimes between February 2013 and August 2018, while he was general manager of operations for Georgia Underwriting Association (GUA) -- an insurance association located in Suwanee that provided high-risk property insurance to homeowners in Georgia.

The indictment alleges Beck committed he crimes between February 2013 and August 2018, before he was elected as the insurance commissioner. He pleaded not guilty to those accusations at the federal courthouse in Atlanta, Wednesday.

"In light of this connection and the possibility of new revelations, it would be highly inappropriate for you to continue to hold public office," Kemp chastised.

"I ask that you do what is right for our state and step down immediately," the letter concludes.

Following Beck's indictment Tuesday, the Office of the Insurance and Fire Safety Commission issued a statement saying the accusations "have no bearing on his service as an elected official to the people of Georgia."

"The Commissioner maintains his innocence and he is entitled to the same presumption of innocence that every citizen of Georgia walks into a courtroom with when accused of a crime," the statement continued. 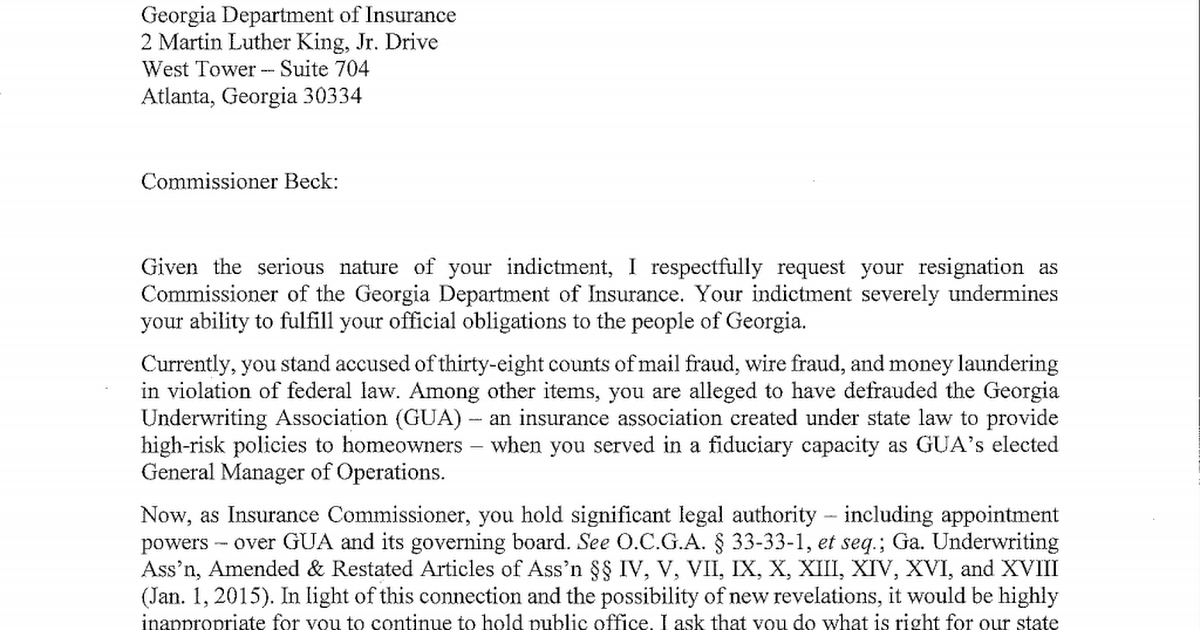 Information from the Atlanta Business Chronicle was used in this report.