Gov. Kemp holds 'MAGA Meet Up' rally ahead of Biden visit to Georgia

The governor and other state GOP leaders spoke a short drive from where Joe Biden is expected to speak later. 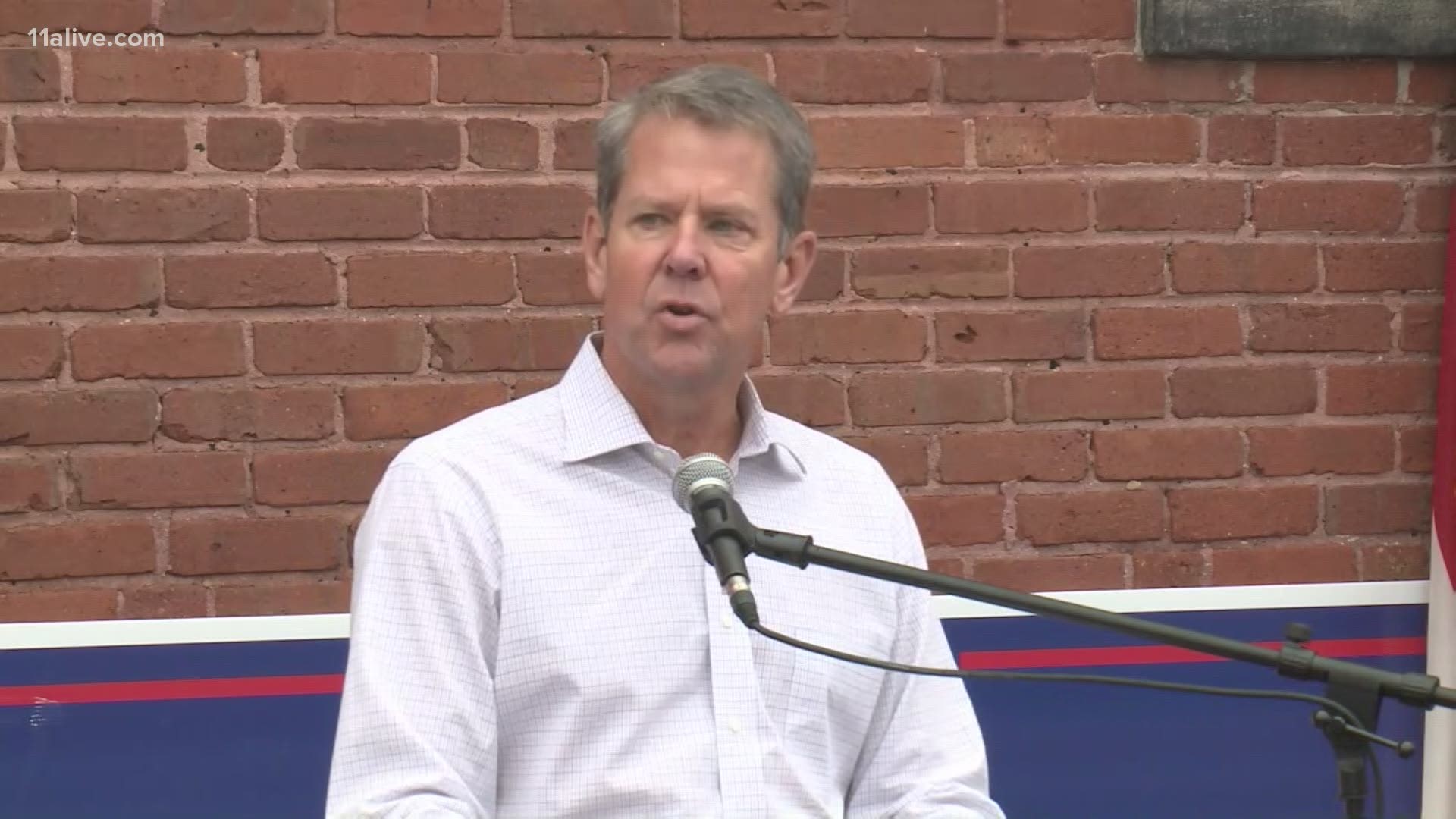 ATLANTA — UPDATE: The rally has concluded, you can see the governor's remarks above or at our YouTube channel.

Gov. Brian Kemp and other state GOP leaders will hold a "MAGA Meet up" event this morning, a short drive from where former Vice President is delivering remarks this afternoon.

The event is scheduled to start at 10:45 a.m. this morning in Manchester, about a five-minute drive from the location in Warm Springs where Biden is expected to speak.

Along with the governor, Rep. Drew Ferguson and Georgia Republican Party Chairman David Shafer will attend.

RELATED: Joe Biden in Atlanta today | What to know

The event coincides with a busy back-and-forth of campaigning in Georgia with one week to go to the presidential election, as the Peach State is increasingly targeted as a potentially competitive state.

Biden's visit to Georgia is the first by a Democratic presidential nominee in 24 years, a remarkable sign of the party's interest in potentially flipping the Peach State's presidential electoral votes and its two Senate races. Republicans, meanwhile, have worked to maintain their grip on what's long been a reliable conservative stronghold.

RELATED: Will Georgia turn blue? Analysts explain how - or if - it could happen

President Trump, Vice President Mike Pence, and other top Trump campaign surrogates, including the president's children, have also frequented Georgia. The Trump campaign said in a statement the Democratic campaign had been "ignoring Georgia for months" and that a "last-minute visit from Biden won't make a dent in the advantage we've built."

11Alive will be streaming the governor's event this morning here and on our YouTube channel.