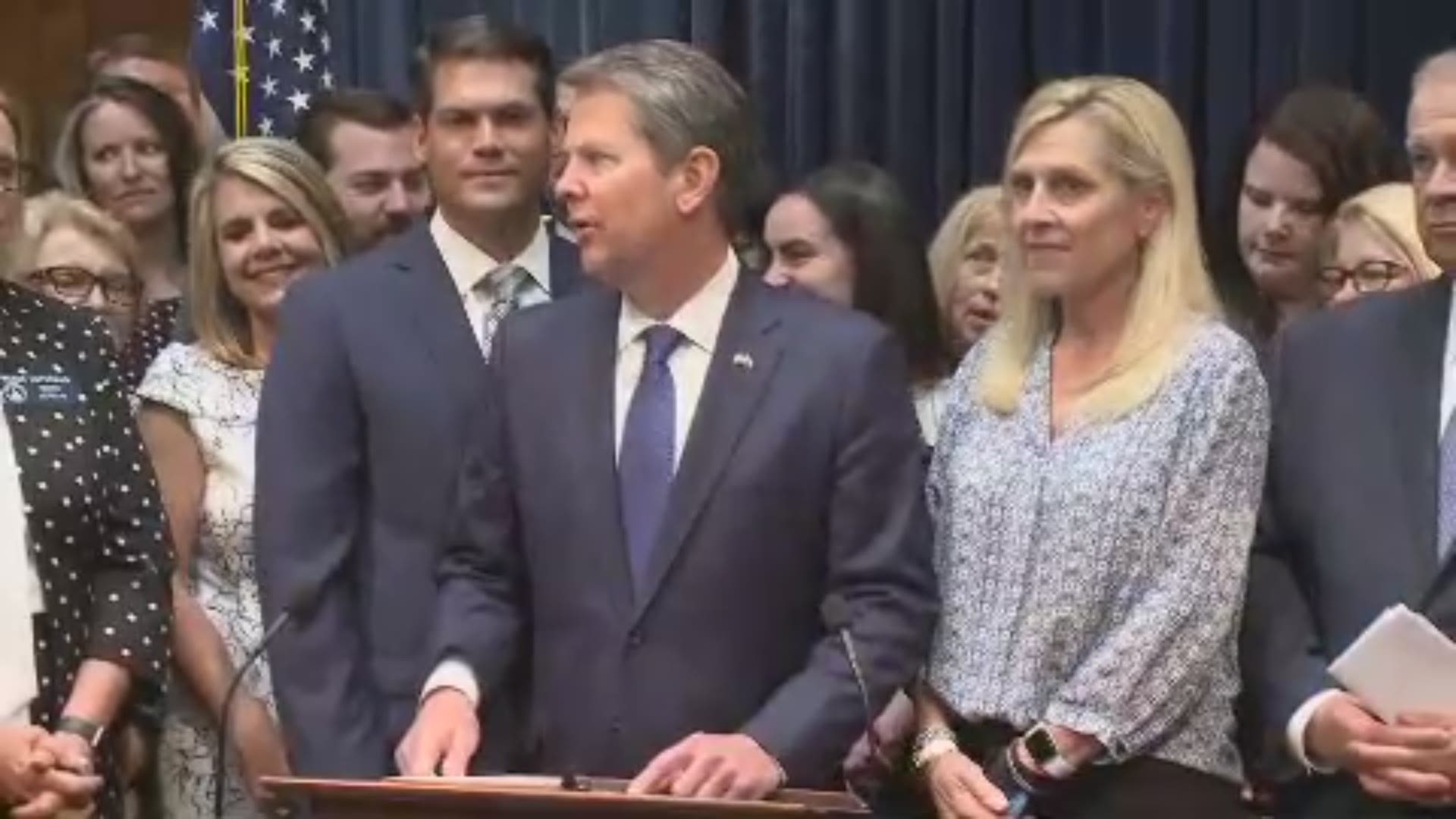 The measure outlaws abortion as soon as a doctor can detect a heartbeat in a fetus, limiting the window of time to approximately 6 weeks after gestation.

The bill passed the Georgia Senate on March 22 and has returned to the House for review of changes. The House voted 92 to 78 to approve the bill. The bill needed 91 votes to pass, so a single vote pushed it over the line. Lawmakers voted down a motion to reconsider action.

Gov. Kemp said, "Georgia is a state that values life." He went on to say that "we must protect life at all stages."

The controversial measure has been opposed by major companies in Georgia. Celebrities have also threatened to use their pull to remove movie and film production from the state if Governor Kemp signed the bill into law.

The signing will happen at the Georgia State Capitol.

The bill makes an exception for rape and incest, allowing abortion up to 20 weeks. But it requires women to file “an official police report…alleging the offense of rape or incest” in order to qualify for the later-term abortion.

Editor's note: A previous version of this story inaccurately characterized Coca-Cola's position on this legislation. The company told 11Alive, "The Coca-Cola Company has not taken a position on this legislation as we do not think it is appropriate for us, as a business, to weigh in on the topic. We know this is a highly personal issue to many people, and we respect everyone’s right to express their views in this debate.”