The move was opposed by civil rights groups. 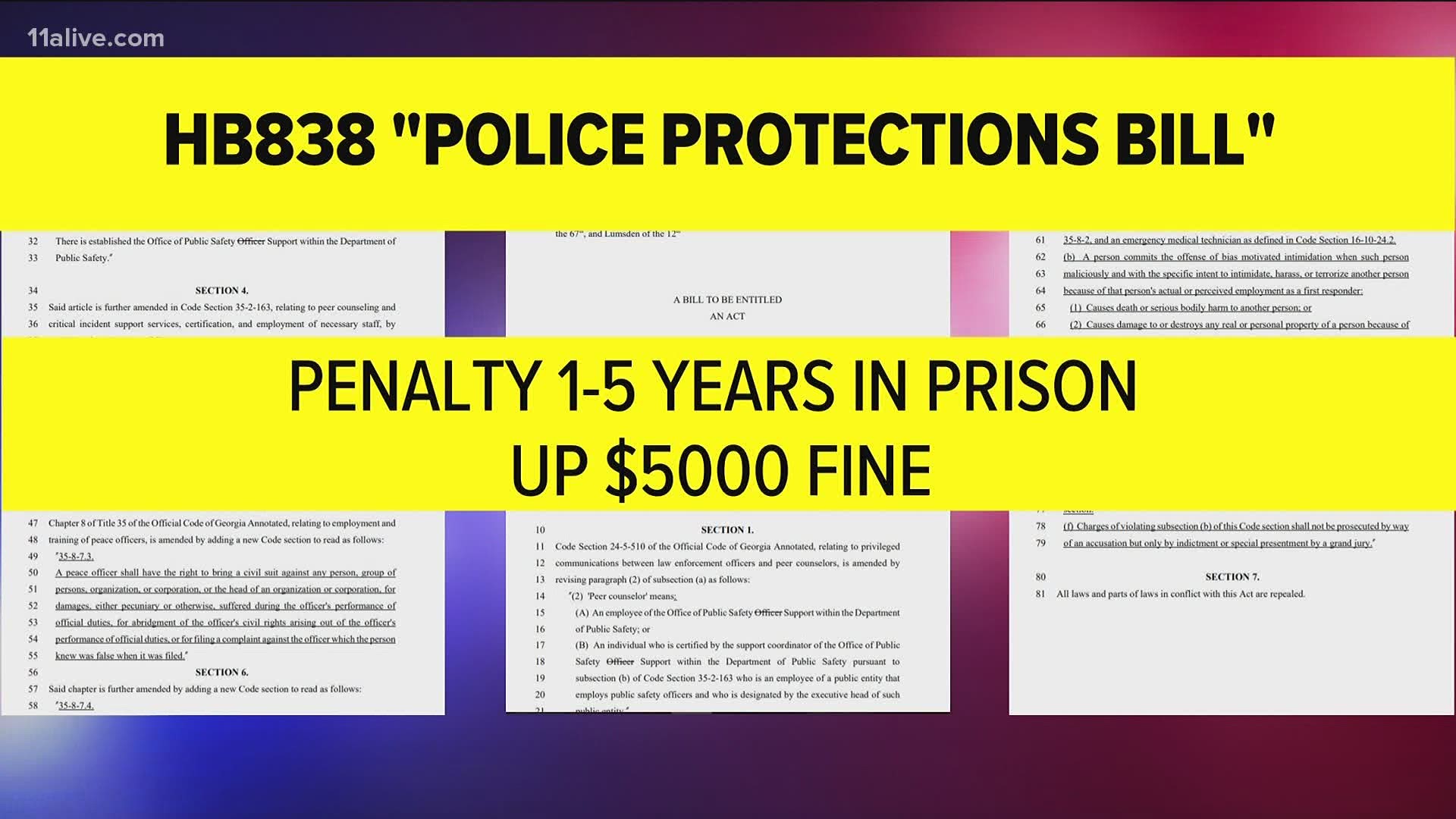 Kemp issued a statement on the measure following his action.

“During my time as Governor, I have attended the funerals of far too many law enforcement officers who were killed in the line of duty. It’s absolutely heartbreaking, and we must act," Kemp said.

“House Bill 838 is a step forward as we work to protect those who are risking their lives to protect us. While some vilify, target, and attack our men and women in uniform for personal or political gain, this legislation is a clear reminder that Georgia is a state that unapologetically backs the blue,” he added.

The measures included in the law provide protections within the bounds of the landmark Hate Crimes law enacted earlier this summer for police officers and first responders.

The most significant provision establishes an "offense of bias-motivated intimidation" defined as when someone "maliciously and with the specific intent intimidate(s), harass(es), or terrorize(s) another person because of that person's actual or perceived employment as a first responder."

The bill then provides for a penalty of such a crime of at least a year of prison, and up to as many as five years, as well as a potential $5,000 fine.