The appointment will replace Sen. Johnny Isakson seat when he retires at the end of the year. 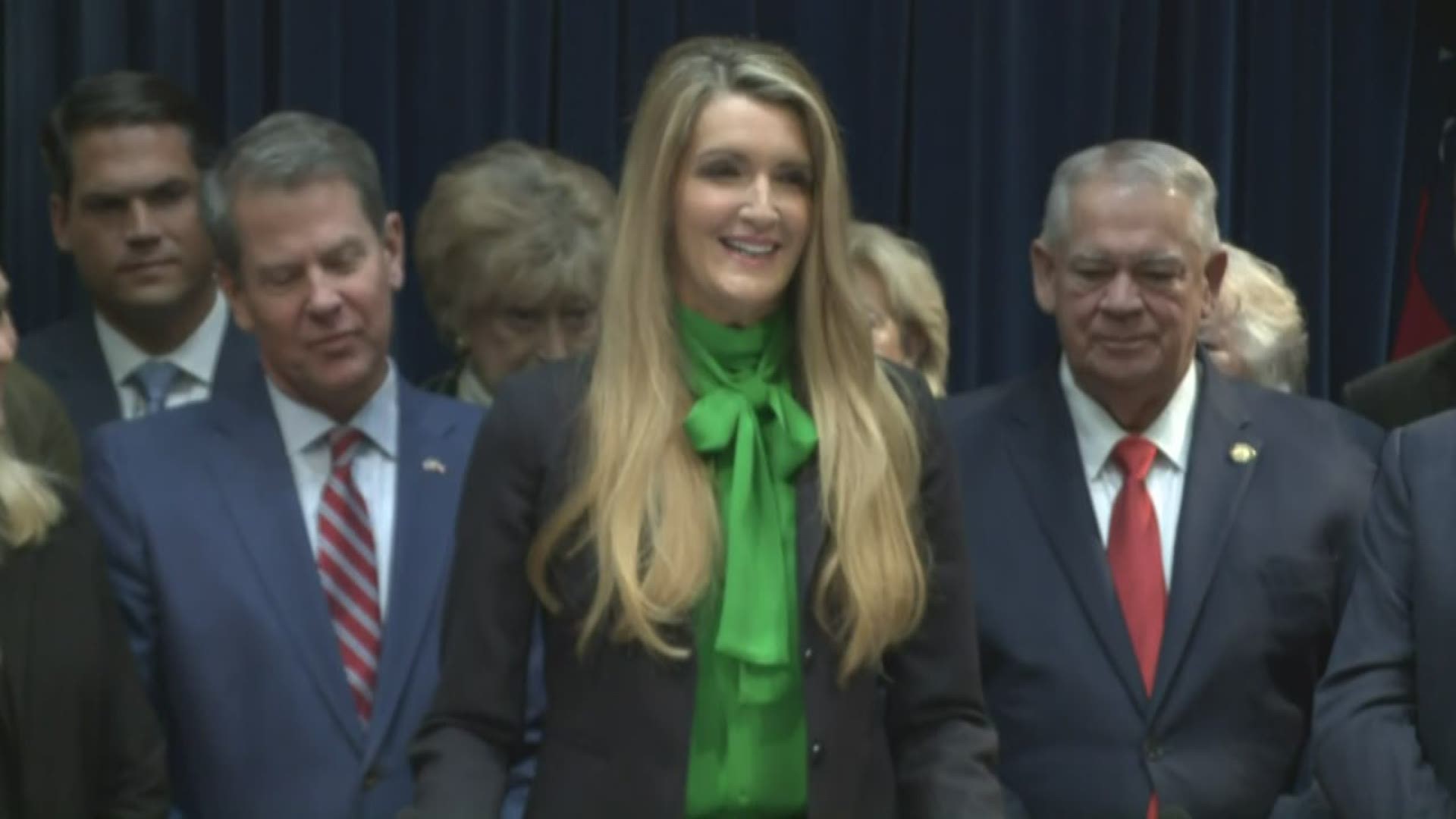 "So here’s what folks are going to find out about me: I’m a lifelong conservative, pro-second amendment, pro-Trump, pro-military and pro-wall. I make no apologies for my conservative values and I look forward to supporting President Trump’s conservative judges. I am strongly pro-life - the abortion-on-demand agenda is immoral," Loeffler said while addressing Georgia constituents.

Gov. Brian Kemp is set to announce his appointment to the U.S. Senate on today, according to an official press release.

His appointment will fill the soon-to-be-vacant seat of Sen. Johnny Isakson, who announced earlier this year he will be retiring at the end of the year for health reasons.

On Monday, Associated Press sources revealed that Kemp had chosen GOP donor and financial services executive, Kelly Loeffler. However, Kemp has yet to confirm that publicly.

Loeffler is the owner of the WNBA team Atlanta Dream and a political newcomer described as a very active donor to Republican and a few Democratic causes. Her husband, Jeff Sprecher, has a net worth of $496 million, according to Wallmine.

Recent reports suggested that Kemp would choose between Loeffler and Republican Rep. Doug Collins. Collins represents the 9th District and is a strong conservative Republican. He is a strong supporter and defender of President Donald Trump. A number of political insiders have said that Trump would prefer to have Collins in the Senate and has been very vocal about the matter.

Whomever Kemp chooses will serve in the Senate for about 10 months before defending the seat in an open-to-all special election for the remaining two years of Isakson’s term in November 2020.

The announcement is set to go down at 10 a.m. in the Governor's Ceremonial Office at the Georgia State Capitol.

Kemp will be joined by members of Congress, state leaders, members of the General Assembly, Republican Party officials and grassroots activists.