He said he was visiting with Georgia National Guard troops stationed there. 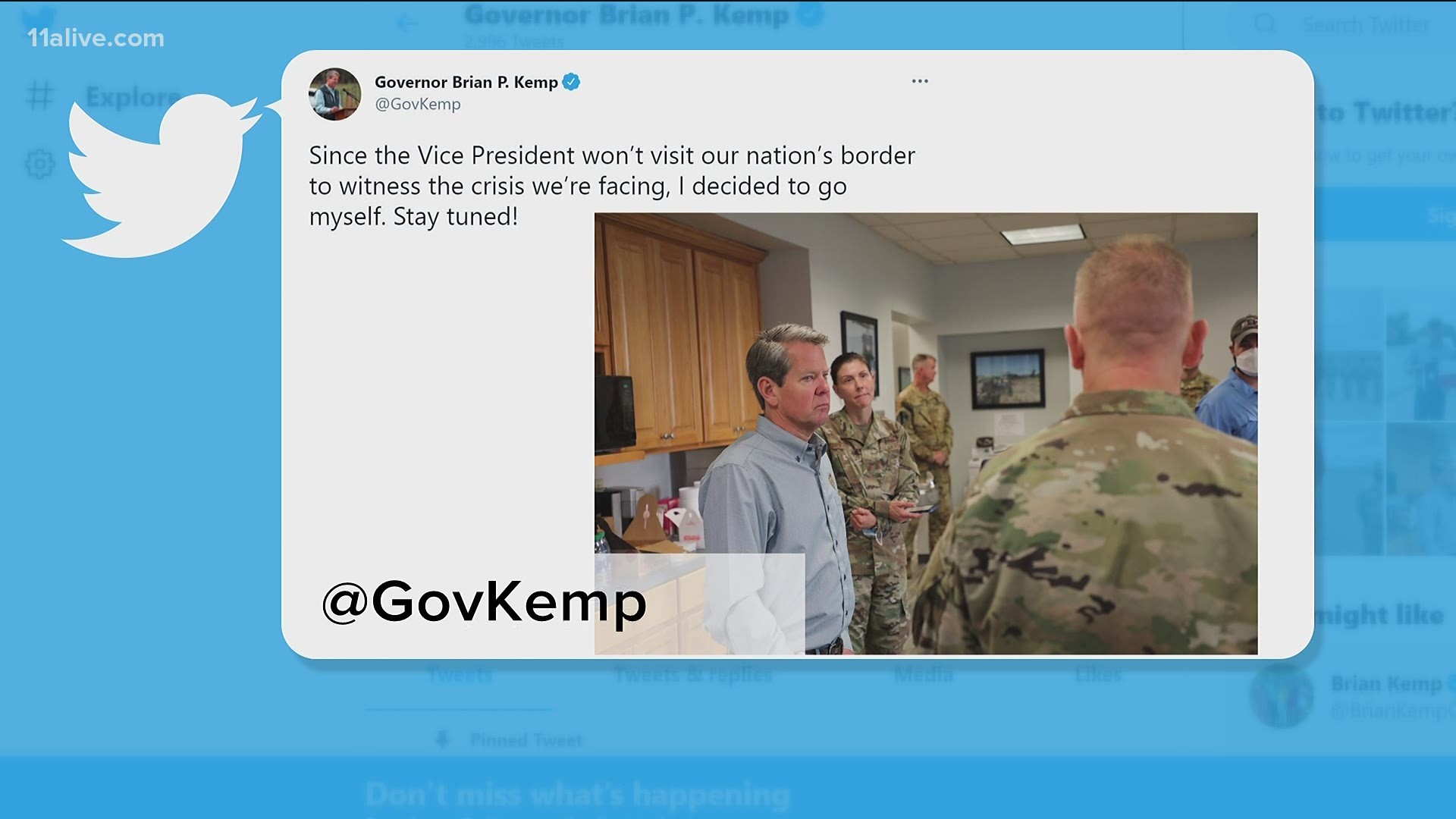 ATLANTA — Gov. Brian Kemp traveled to the U.S. southern border in Texas on Friday, a visit he said to "witness the crisis we're facing."

The governor's office said Kemp was there to visit with Georgia National Guard troops stationed on the border and receive an update on the situation there.

"Since the Vice President won’t visit our nation’s border to witness the crisis we’re facing, I decided to go myself," the governor tweeted. He later tweeted a picture of himself with Georgia Guard troops at a section of border wall.

Since the Vice President won’t visit our nation’s border to witness the crisis we’re facing, I decided to go myself. Stay tuned! pic.twitter.com/1iZjvbXZOy

In Texas receiving a briefing from some of our Georgia National Guard troops. Good to see firsthand a section of the wall built under the Trump Administration. pic.twitter.com/Oog8D75AiK

The southern border has seen an increase in recent weeks in arrivals by migrants, often from Central America seeking asylum in the U.S. It has put a strain on border resources and made it difficult for President Joe Biden to institute policy changes - including ending detention of children and reuniting separated families - he promised on the campaign trail.

Republicans have contended that Biden invited the influx of arrivals by vocally rejecting former President Donald Trump's restrictive immigration policies, while Biden in turn has said the Trump administration left him a "God-awful mess at the border" by undermining the transition process.

Republicans, including Kemp in his tweet, have also focused criticism on Vice President Kamala Harris for not making a visit to the border. Harris has said she is focusing on the root causes of migration from Central America, and that Homeland Security Secretary Alejandro Mayorkas is in charge of border operations.

CNN reported that the White House said this week it had succeeded in reducing the number of children detained in Customs and Border Protection facilities by 84% in the last month, to 954 from more than 5,700.