The meeting included a discussion of workforce development, combating the opioid crisis and improving the nation's infrastructure. 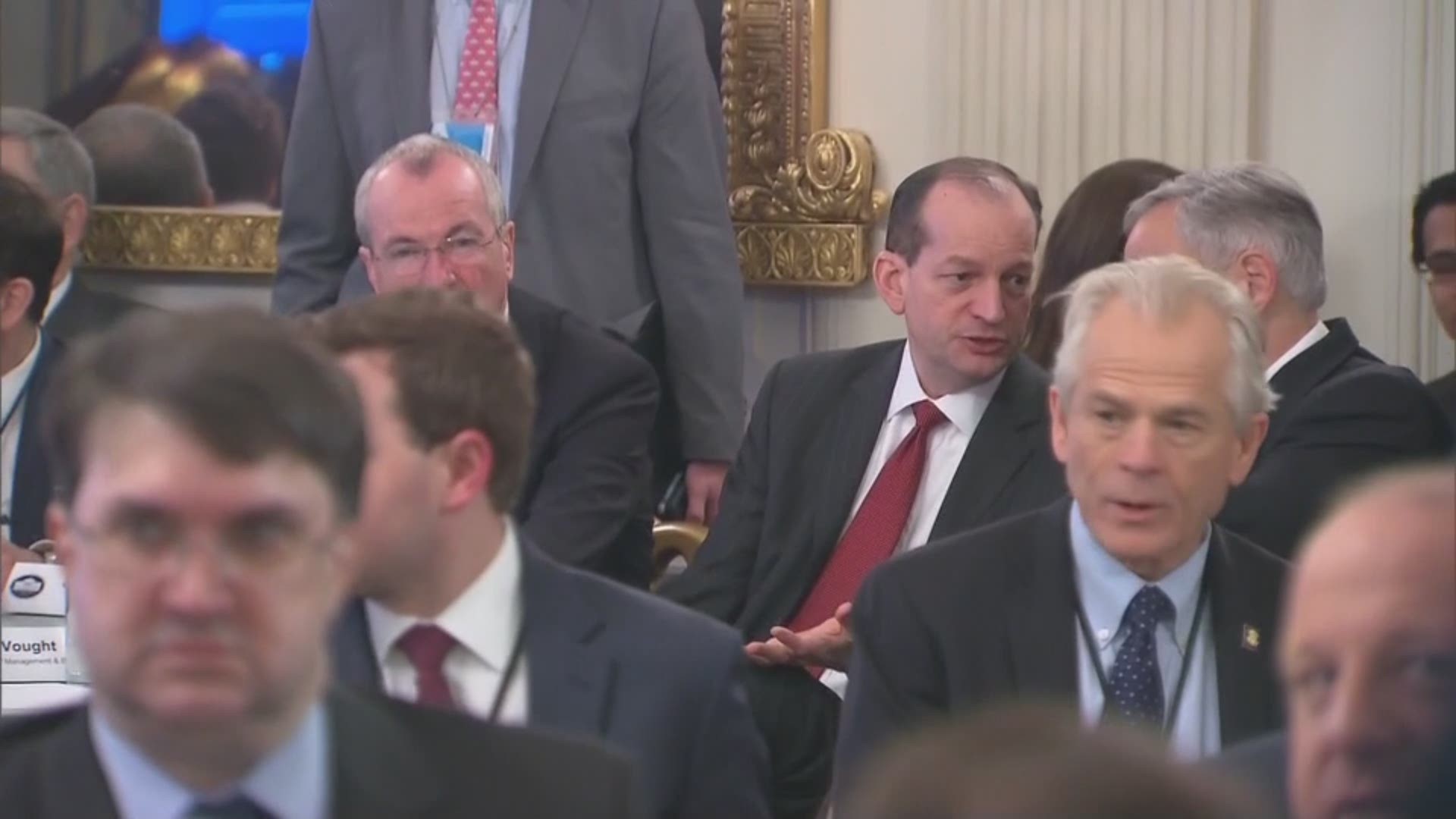 WASHINGTON — Georgia Governor Brian Kemp joined other governors from around the nation and members of the President Donald Trump's cabinet at the White House on Monday morning for the 2019 White House Business Session with Our Nation's Governors in the State Dining Room.

Earlier this month, one of the president's top advisers, his daughter Ivanka Trump, toured a UPS training facility in Gwinnett County with Gov. Kemp and participated in a round table discussion on workplace development, an initiative which was tied to an executive order by President Trump to help skilled workers receive more training for a modern workplace.

The president joined the assembled group in the State Dining Room to discuss a number of issues, including the border wall with Mexico, drug trafficking, and fair trade with the European Union, Canada, Mexico and China.

"We're just being ripped -- 'cause, we're losing $800 billion a year on trade, think about it," Trump said. "We're fixing that all up. We're starting with Mexico, Canada, China -- China's the big one. China's 50 percent of the number, even more."

Trump concluded his remarks by noting the 17 new governors present following the midterm elections, including Kemp, before joking a bit with new the Illinois governor, J.B. Pritzker.

"You have such an easy state," Trump deadpanned at Pritzker, smiling. "Have you found it to be easier or tougher than you thought?"

"Well, you're gonna help us out, right?" Pritzker replied.

The president shook hands with several of the governors, including Kemp, as he departed the room.