The governor-elect and his wife rubbed elbows with some of Washington's top politicians. 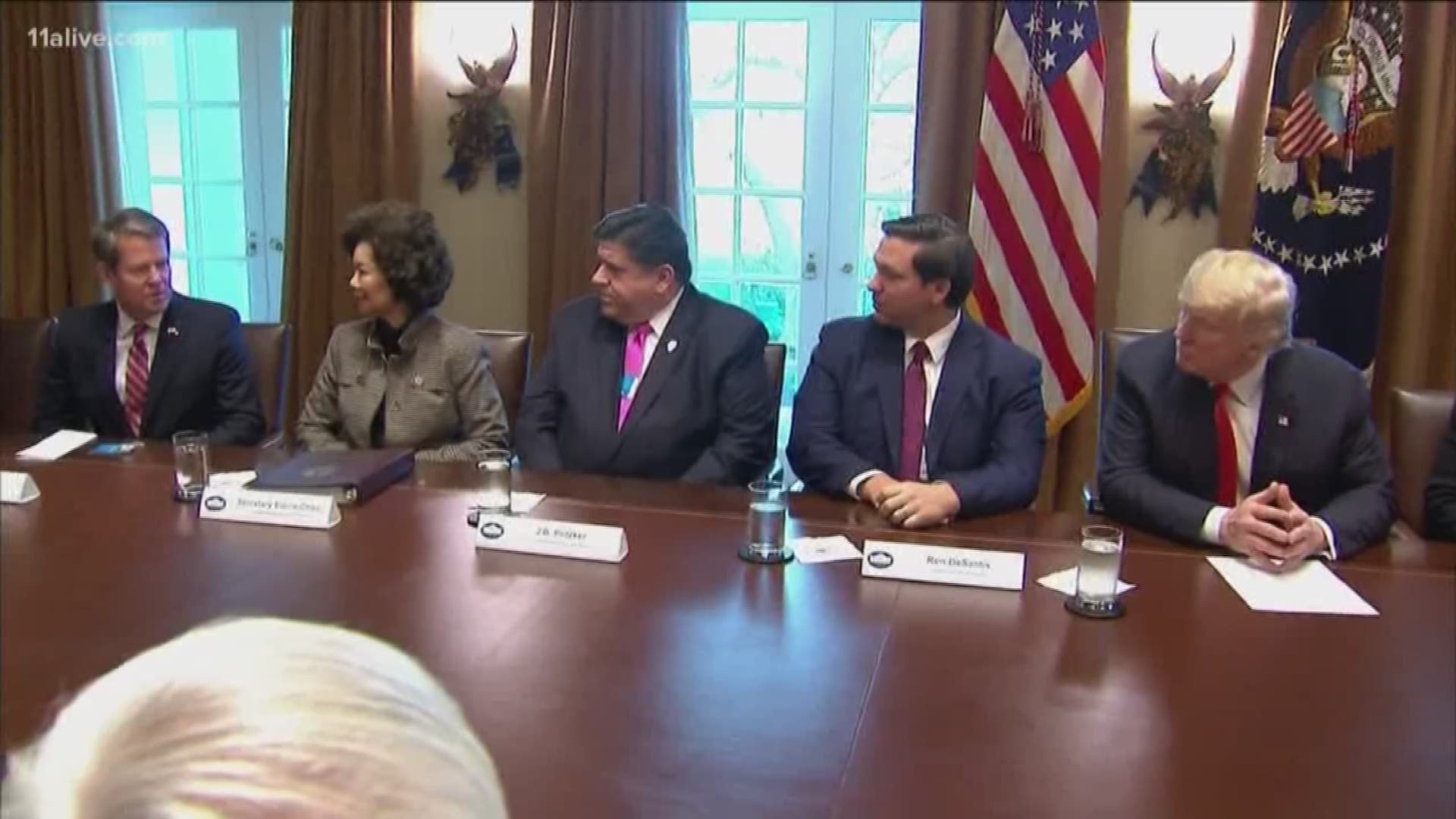 Georgia Governor-elect Brian Kemp was in the national spotlight again during a visit at the White House Thursday.

Kemp, along with several governors-to-be, met with President Trump, Vice President Pence and his Cabinet Dec. 13 to talk about shared State-Federal priorities.

The Republican politician thanked the president for their response in the aftermath of Hurricane Michael, which tore through the Florida Panhandle and southwestern Georgia in October.

“I thank you and the vice president for your interest in Georgia and response to Hurricane Michael. We certainly appreciate [Agriculture Secretary] Sonny Perdue's interest as well," Kemp said. "We've got a long recovery, but we appreciate the response and the interest you guys have shown."

Kemp's wife, Marty, also got the Washington treatment - communications staff for the governor-elect said she had her own meeting with Georgia Sen. David Perdue.

Brian Kemp won the governorship more than a week after a close race that concluded with multiple lawsuits and last-minute recounts.

RELATED: An uneasy start for Kemp and the GA film industry

RELATED: Brian Kemp makes history in his win as Georgia's next governor