The rally is likely to drum up support for a slew of candidates that have declared they’re entering statewide races. 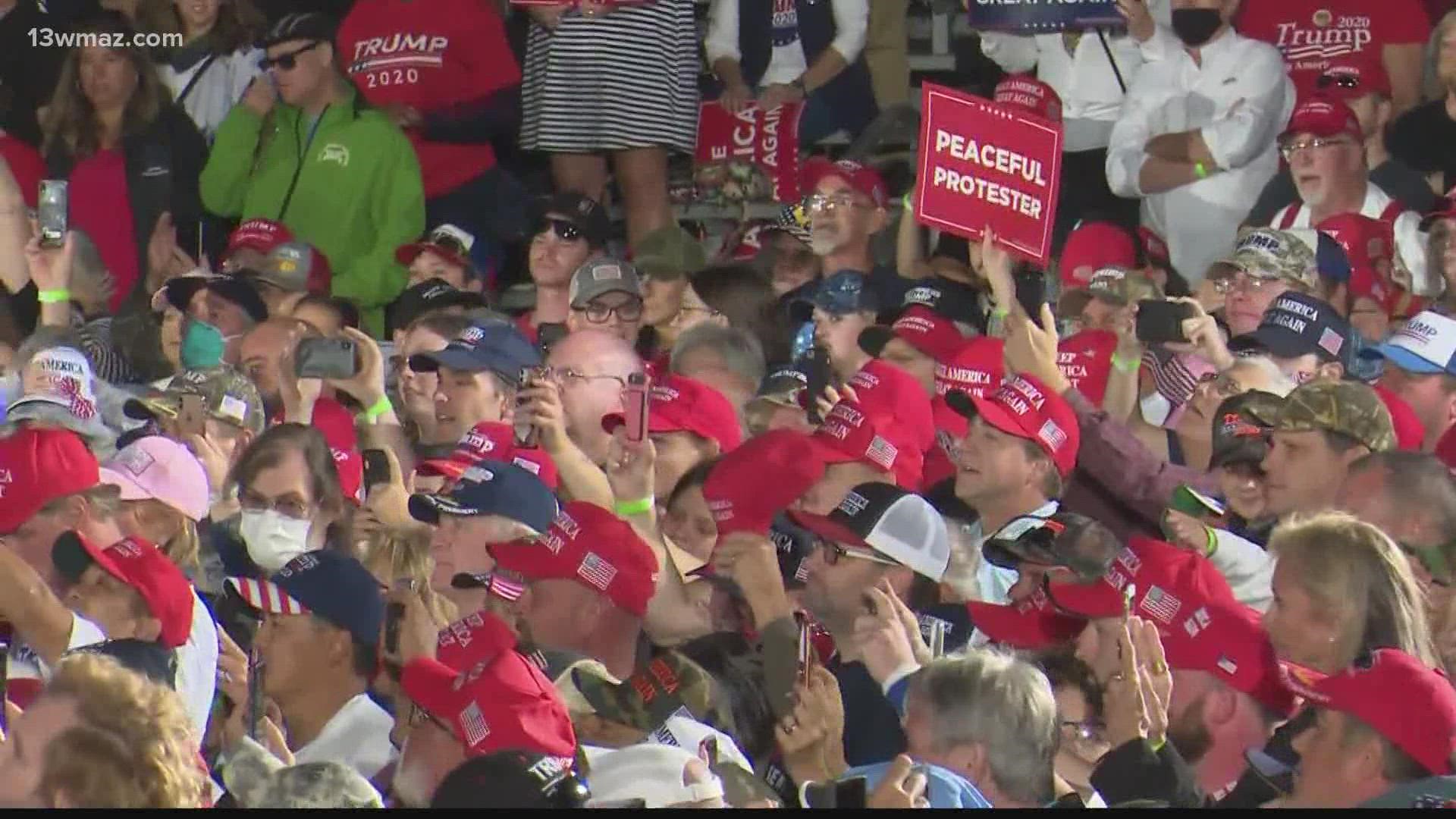 PERRY, Ga. — Former President Donald Trump is making a stop in Central Georgia this weekend, and here's what you need to know..

2 p.m. - Doors open and there will be live music following the UGA vs. Vanderbilt football game

Following Trump's speech, there will be a fireworks show by Southern Sky Fireworks.

The event is free. You can register for tickets on his website here.

Guests will be screened by the United States Secret Service upon entry. The following items are prohibited:

The intent of the rally is to drum up support for a slew of candidates that have declared they’re entering statewide races.

Perhaps the biggest candidate is Herschel Walker, the UGA legend who previously announced he would be running against Sen. Raphael Warnock in 2022. He recently received an endorsement from the former POTUS.

Trump has also thrown his support behind state senator Burt Jones for the Lieutenant Governor position currently held by Geoff Duncan, who announced he would NOT be seeking re-election in May, and Jody Hice for Secretary of State.

RELATED: Can Herschel Walker run for Georgia office while living in Texas?