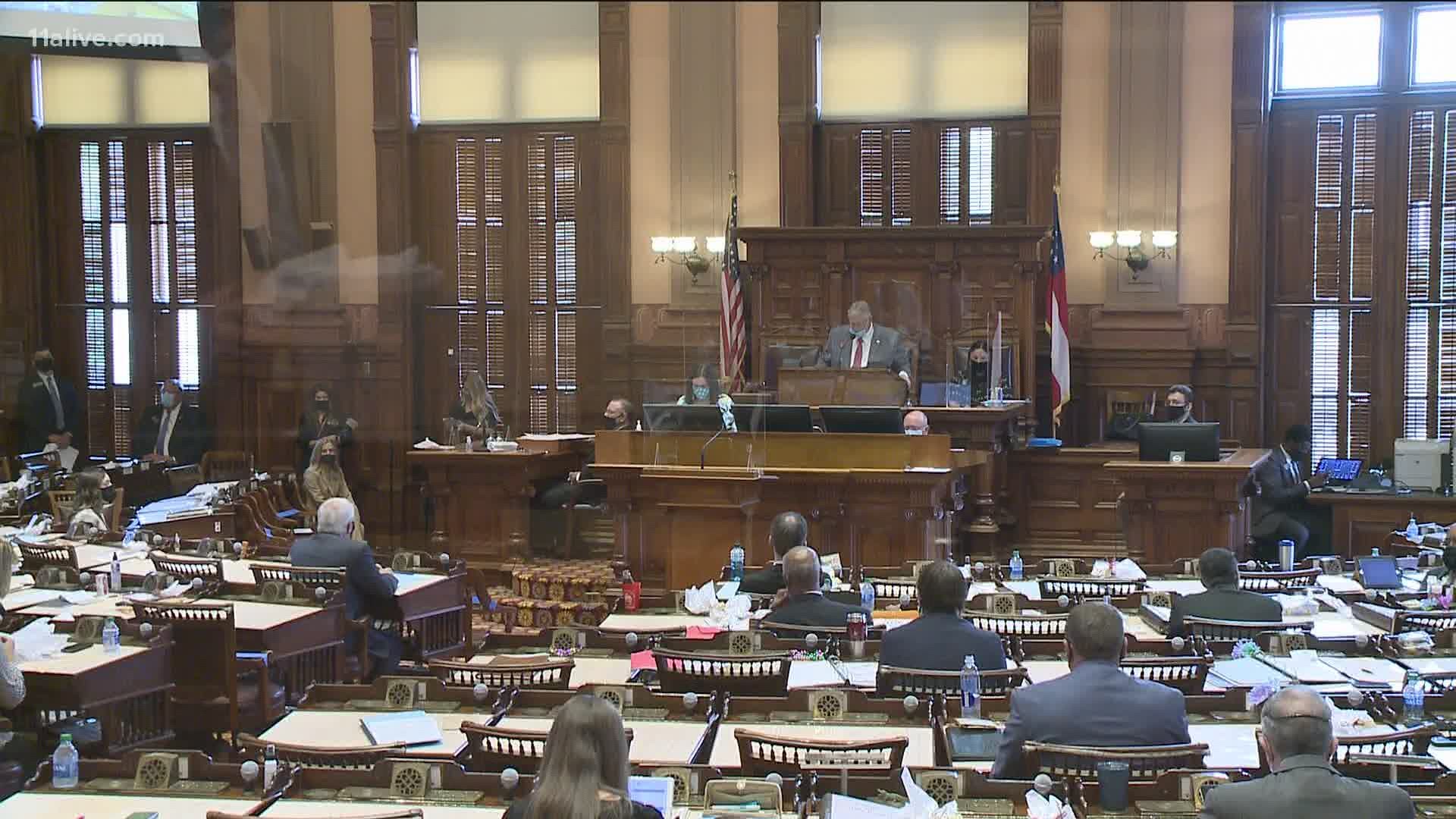 ATLANTA — The prospects of a hate crimes bill passing the legislature this year brightened a bit Monday as lawmakers reconvened.

The chairman of the committee that’s been holding up the bill for more than a year told 11Alive News he’s "cautiously optimistic" it will come out of his committee before this session ends.

State Sen. Jesse Stone (R-Waynesboro) said the hate crimes bill, which passed the State House last year, didn’t have enough votes to get out of his judiciary committee early this year.

That, he says, is changing.  The members "are pulling together, and that's what I'm optimistic about," Stone said.

It was no coincidence that when the Georgia General Assembly reconvened on Monday, there was a boisterous crowd outside, angry about police mistreatment of African Americans, and angry about the absence of a hate crime law in Georgia.

"Do the right thing!" shouted one speaker to a crowd gathered on the west steps of the state capitol building.

Georgia is one of four states across the nation without a hate crime law on the books.

House Speaker David Ralston has become an outspoken backer of the bill since the killing of Ahmaud Arbery in Brunswick this spring.

"That bill has been sitting in the other chamber (the Senate) for 465 days," Ralston told the House Monday.  "If we leave this session without passing a hate crimes bill, House Bill 426, it will be a stain on this state that we can never wash away."

Sen. Stone said he is working on a substitute for the bill now that he says would "strengthen" the measure.

"I’m cautiously optimistic about it. We’re working very hard behind the scenes, building consensus," Stone said. "We want to pass something that is more than just a title, 'hate crimes' legislation.  We want to really have an impact."

He did not discuss the details.  But as protesters entered the capitol Monday and vowed to make hate crimes their priority – backers said lawmakers should do the same.

"It's malpractice if we don’t try. People are out there, they’re protesting, they’re doing their part outside this building. We better do our part on the inside," said state Rep. Erick Allen (D-Smyrna).

Allen dropped a bill today to require body cameras on every police officer in Georgia.  Similar bills are also coming.  Speaker Ralston said he would make those bills a priority in next year’s legislative session.