The bill would reduce the abortion window from 20 weeks to 6 weeks. 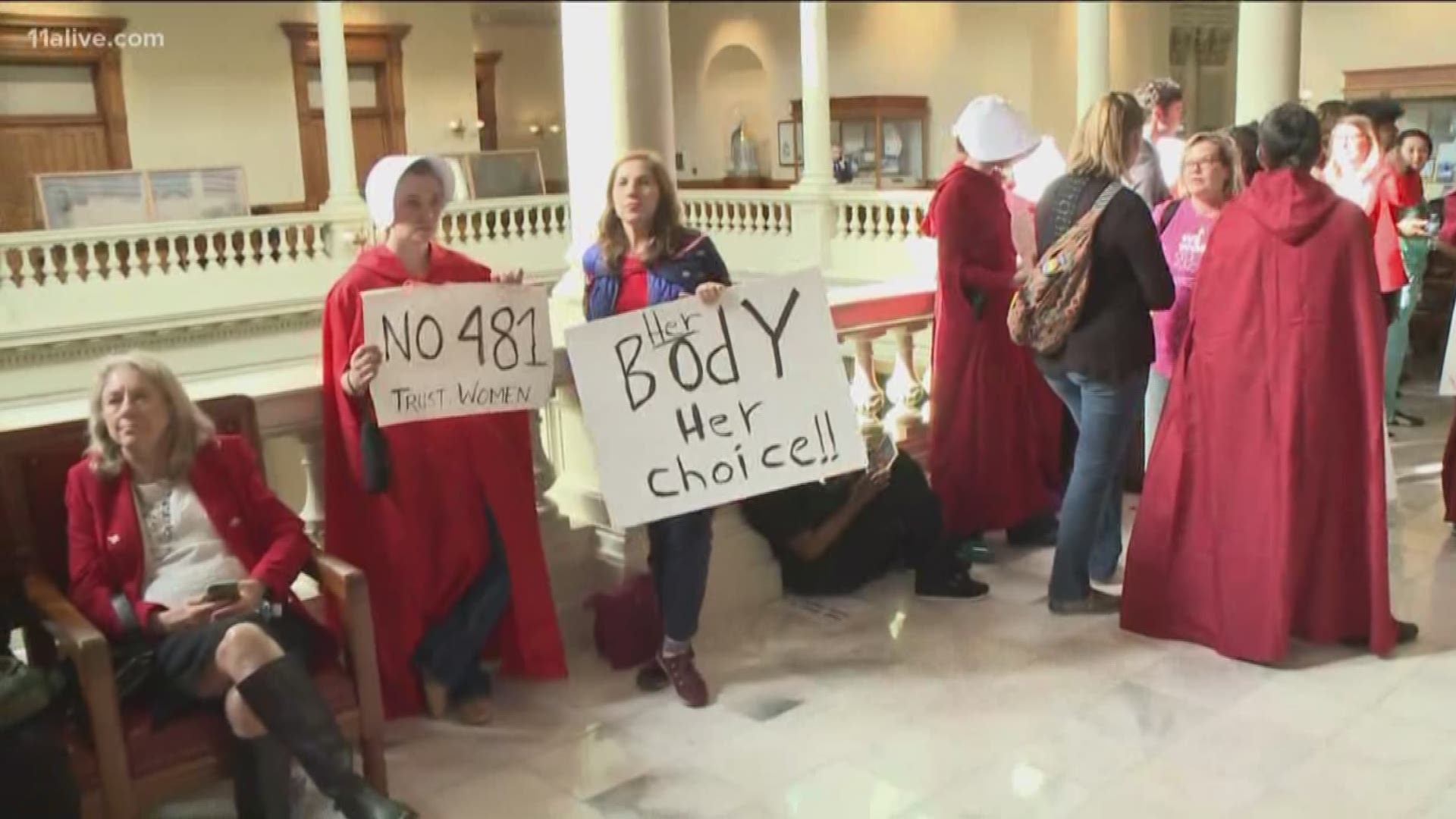 ATLANTA — At the state capitol, a Senate committee is poised to pass the so-called heartbeat bill, which would restrict abortions in Georgia.  The bill is racing through the legislature after Gov. Brian Kemp urged its passage.

Legal abortion is currently allowed up to 20 weeks. This measure would reduce it to about six weeks -- the time a fetal heartbeat becomes present.

Inside the Capitol, there may be no happier activist than Mike Griffin. Griffin has worked for years to end abortion rights. With the House passing a heartbeat bill last week and the Governor vowing to sign it – the Georgia Baptist Missionary Board lobbyist smells victory.

"To use an indicator to show when life begins that is also used when life is over, which is a heartbeat. Pretty simple. Very commonsense legislation," Griffin said Thursday before the meeting of the Senate Science and Technology committee.

Outside the Capitol, more than a dozen women held vigil against the heartbeat bill. One of them was dressed as President Trump. The other costumes referred to a dystopian work of fiction called "The Handmaids Tale," which about women forced to submit to men and give birth. The reality of the heartbeat bill, they say, is much too similar.

"Once again, it's men attempting to control women’s bodies," said Tamara Stevens of the Handmaids Coalition.

Back inside the Capitol, pro-choice activists worked with a whiff of desperation — collaring Republicans who listened politely, but mostly didn’t tell them what they wanted to hear.

"I honestly am not very optimistic but I’m going to say that I am, said Sybil McNeil of Macon, as she stood along a rope line outside the Senate chamber. "Because I need to be. This is the most awful bill imaginable."

1 / 12
WXIA
Protesters against Georgia's proposed "heartbeat bill" that would limit abortions to 6 weeks after conception filled the State Capitol building before the Senate vote.

The legislature’s Republican majority lost some strength last election – and pro-choice activists say this bill -- this year -- is no coincidence.

"They saw the number of seats that flipped in historically Republican districts. They saw the unprecedented number of women elected," Stevens said. "And men are feeling threatened that the patriarchy may be coming to an end."