Can Governor Kemp keep Republican voters on his team next year?

"In general, I think he’s done a good job. But I don’t think he did a good job handling the 2020 election," said one Republican voter. 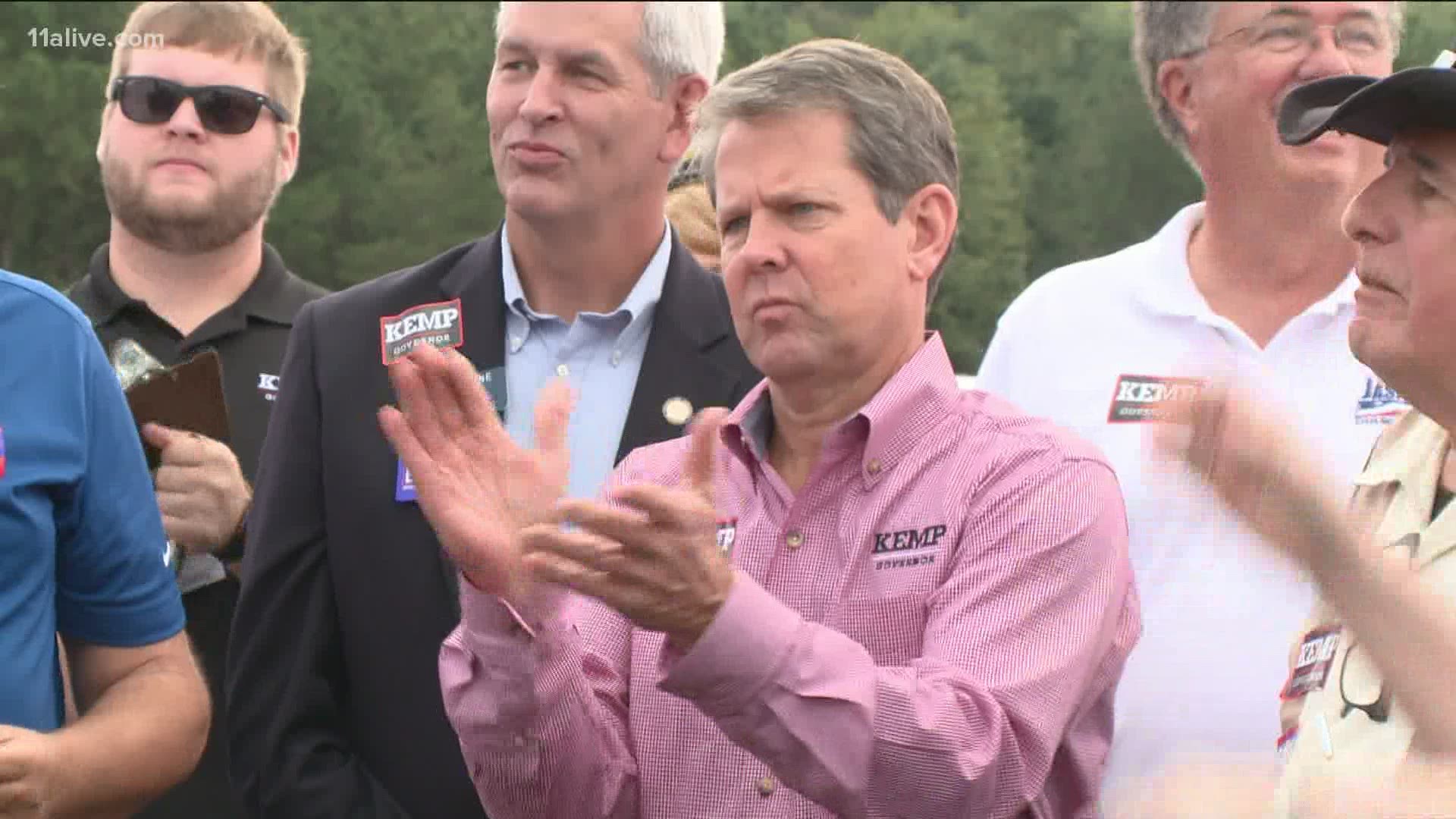 WOODSTOCK, Ga. — Governor Brian Kemp launched his re-election campaign this week – and Georgia voters are already weighing in on his prospects following his nearly two and a half years in office.

The question many have, is whether Governor Kemp can keep Republicans voters on his team next year.

When Republican Kelly Sirois of Woodstock was asked what she thinks of Kemp, she responded with an exasperated sigh.

"Oh gosh, that is a loaded question," she said. "I voted for Governor Kemp. I voted for President Trump."

Siroys embodies the conflict some Republican voters have about Kemp.

"In general, I think he’s done a good job. But I don’t think he did a good job handling the 2020 election," said Republican Scott Barton.

Barton said he had been a Kemp supporter, but he later said he wouldn't be next year. "I hope he gets primaried, using the shorthand for opposition within the party primary."

Barton and Siroys are among those exasperated by Kemp's willingness to steer clear of the unfounded attacks on the election leveled by then President Trump.

"State Republicans led by Kemp kind of caved, and that’s not what I voted for him for in 2018, so I don’t know what our alternatives are... but I’m not happy with Gov. Kemp whatsoever," said Siroys.

In a December 11Alive poll, Georgia voters overall split 45%-45% over their approval of Kemp. The same poll showed 73% of Republican voters approved of him – while 21% of Republicans said they did not.

But some Republican voters in Cherokee County said they liked how Kemp handled the pandemic and the economy.

"I think under the circumstances of the pandemic, I think he navigated that very well," said Cindy Radler, who also praised Kemp's handling of the Trump challenge to Georgia's election.

"Kemp chose not to shut down our economy during COVID which actually worked pretty well for us. At first I wasn’t for him, but now I really do like what he’s done, and I’m a Democrat," said Frances Gilliam Gilliam who mentioned she voted for Joe Biden in 2020.